Some of Taylor Swift’s eagle-eyed fans have become convinced that the singer included a sly reference to Jennifer Aniston in her rerecorded album Red (Taylor’s Version).

The album, which was released Friday, features an unearthed 10-minute version of the album track All Too Well, which fans have long believed to be about the 31-year-old singer’s breakup from Jake Gyllenhaal, 40.

But the latest lengthier version of the song includes lines about an ‘actress’ who tries to soothe the broken-hearted narrator, which Twitter users speculated could be a stand-in for a real-life meeting between Taylor and Jennifer.

Detective work: Taylor Swift’s eagle-eyed fans speculated that Jennifer Aniston is the ‘actress’ mentioned in the new 10-minute version of All Too Well after coming across a story about a brief meeting the two women had in 2011

On Friday, one account tweeted out: ‘Jennifer Aniston is the “actress” mentioned by @TaylorSwift13 in “All Too Well (10 Min Version)”.’

Included in the post was a screenshot of a 2011 New York Daily News article, with the headline: ‘Jennifer Aniston gives Taylor Swift love advice: ‘Hang in there, everything will be okay.’

The post contrasted the headline with lines from the newer version of All Too Well, which is nearly double the length of the standard rerecorded version found on the original track list. 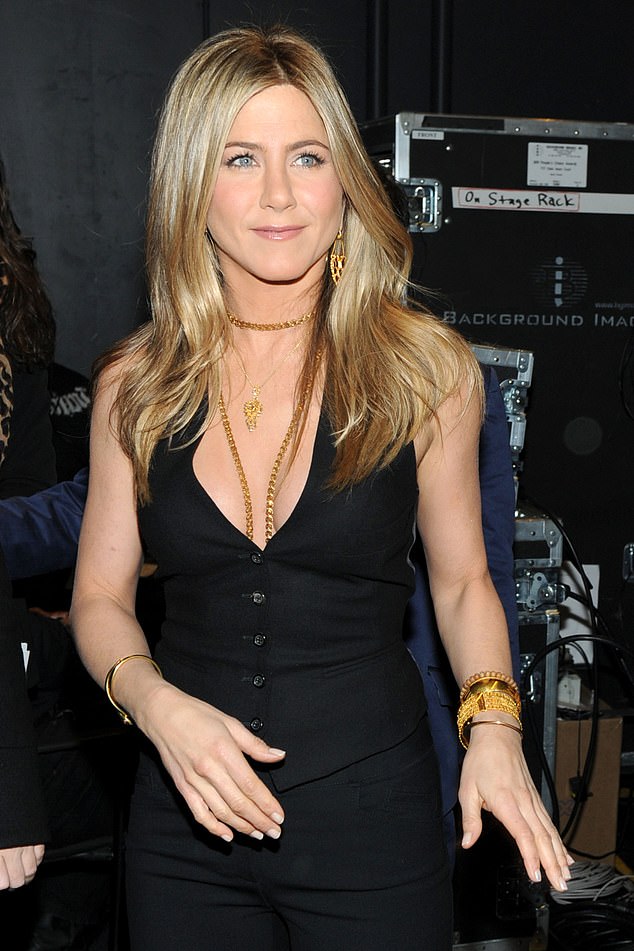 Potential meeting: Some fans found a 2011 New York Daily News article reporting on an alleged meeting between Jennifer and Taylor at the 2011 People’s Choice Awards; Jennifer seen at the award show 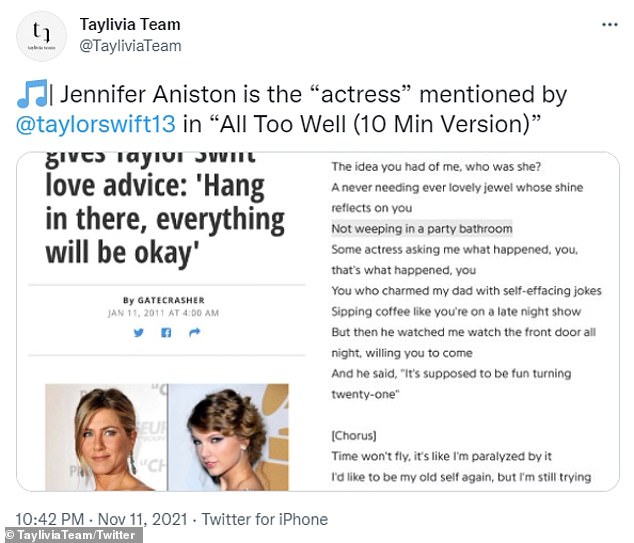 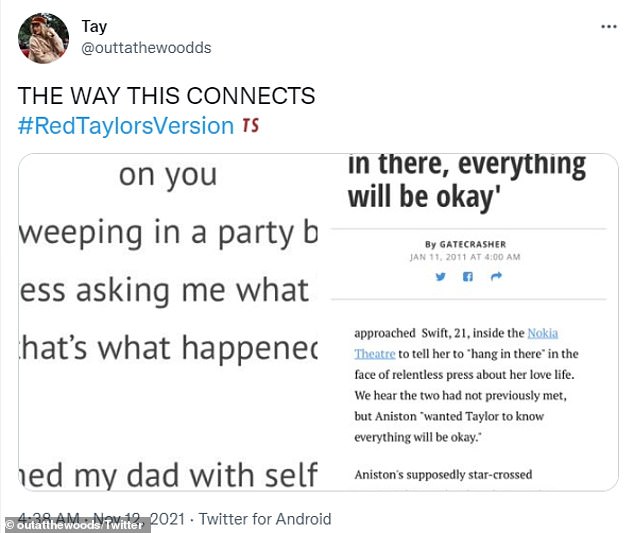 Chin up: Jennifer reportedly told Taylor to ‘hang in there’ and that ‘everything will be okay.’ She also allegedly told her to ‘go out there and have fun’

The Daily News story claimed that Aniston had approached Taylor at the 2011 People’s Choice Awards at the Nokia Theatre.

A source said she told the Shake It Off singer to ‘hang in there’ in response to intense media interest in her love life.

It was reportedly the first meeting for the two women, but the Morning Show star apparently ‘wanted Taylor to know everything will be okay.’

Jen also allegedly urged the singer to ‘go out there and have fun.’

The article doesn’t specify whether the two met in a bathroom at the theater or elsewhere on site.

Another fan highlighted part of the story noting that Jennifer’s love life has consistently been in the news, a similarity she shares with Taylor. 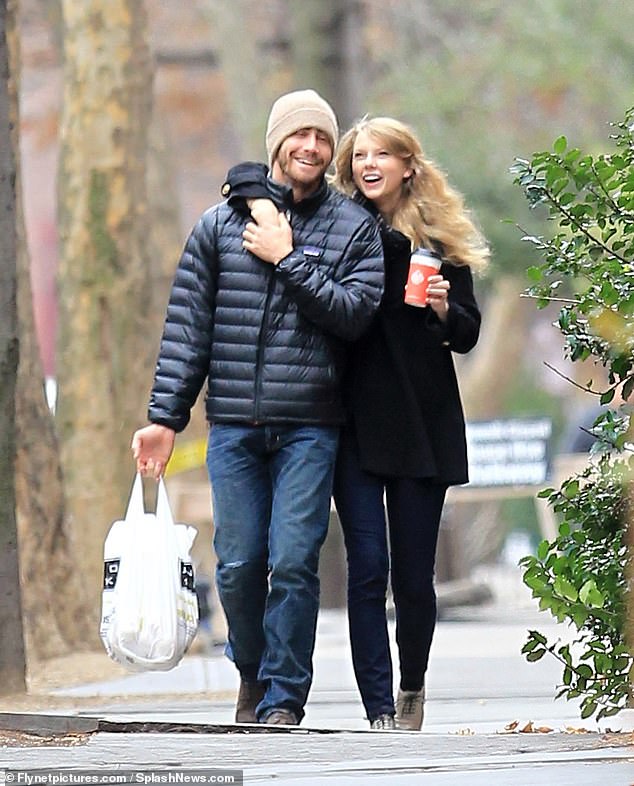 Short-lived: Taylor is believed to have All Too Well while preparing to tour in 2011, prior to its 2012 release, but she and Jake only dated from October to December 2010; seen together in November 2010

Although fans have long speculated that All Too Well was written about Jake, he and Taylor had a surprisingly short-lived romance.

The two only dated from October through December of 2010, and the People’s Choice Awards occurred on January 5 of 2011.

Although Taylor has never confirmed that the song is about the Donnie Darko star, she delved into her tortured mental state when she wrote it during a Tonight Show appearance on Thursday.

‘I showed up for rehearsals and I just was really upset, and sad, and everybody could tell, it was really, like, not fun to be around me that day,’ Taylor explained to host Jimmy Fallon.

‘So I started playing guitar and just kind of playing the same four chords over and over again. 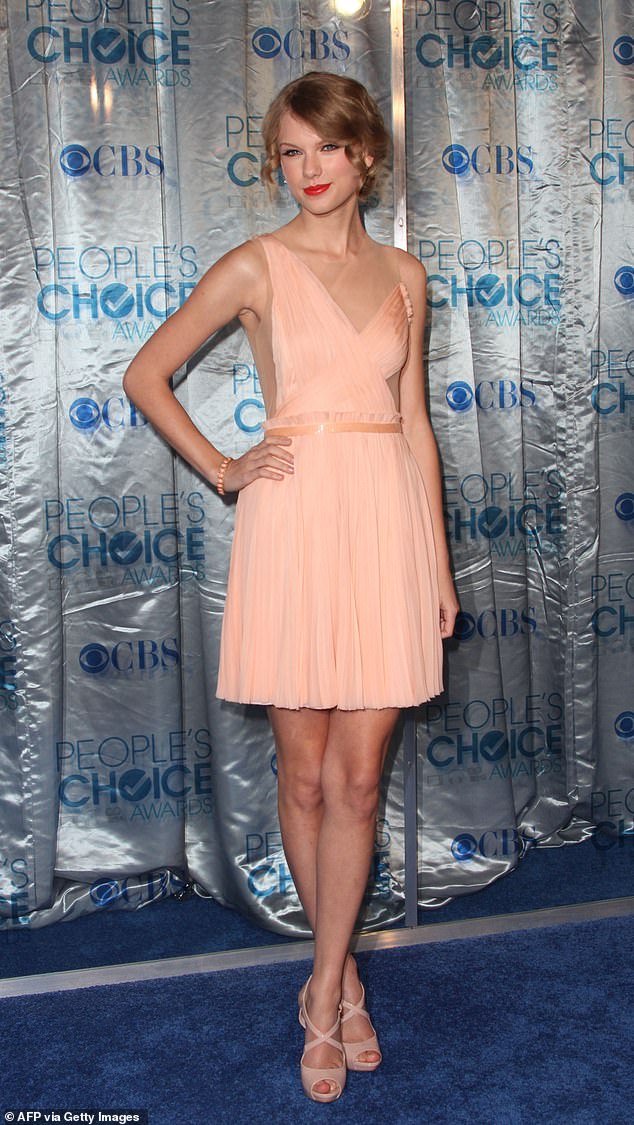 Mum’s the word: Taylor described writing the song to Jimmy Fallon on Thursday, though she didn’t confirm if the song was about Jake; seen at the 2011 People’s Choice Awards

The longer version includes lines suggesting that the couple split due to their age difference.

‘You said if we had been closer in age maybe it would have been fine / And that made me want to die,’ she sings.

Rehearsals for her tour began in early 2011, and the song was released in its shortened version in 2012 on the original version of Red, which would fit the timeline if it was written about the actor.

Taylor told Fallon that she was most excited for her fans to hear the longer version out of all the material on Red (Taylor’s Version), which she signaled by making her directorial debut with a short film to accompany the song which she stars in with Sadie Sink, 19, and Dylan O’Brien, 30.