Jeffrey Epstein used TD Bank to manage his assets before he died, a new report says

Toronto-Dominion Bank opened accounts for Jeffrey Epstein even after Deutsche Bank cut ties with the sex predator, according to a new report.

TD Bank opened the accounts earlier this year, prior to Epstein’s death behind bars on August 10, a person with knowledge of the matter told Bloomberg on Friday.

The accounts were tied to at least one entity affiliated with Darren Indyke, a close Epstein associate who’s now an executor of his estate, the person said.

A TD Bank spokeswoman did not immediately respond to a request for comment from DailyMail.com on Friday night.

It is just the latest global financial institution to be tied to the disgraced financier after his first arrest in 2008 and subsequent sweetheart plea deal. 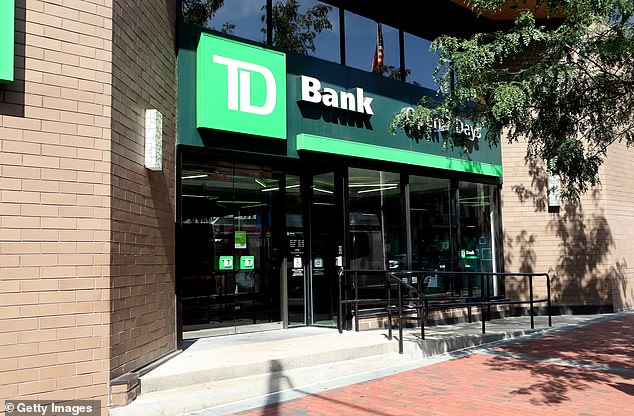 A TD Bank branch in Philadelphia is seen in a file photo. The Toronto-based bank has a large presence in the US

JPMorgan Chase reportedly had a longstanding private-banking relationship with Mr. Epstein from the 1990s through about 2013, when the bank cut ties due to reputational risk.

Epstein then used Deutsche Bank’s private-wealth division to hold and manage assets connected to him, following increasing media scrutiny that bank began to close his accounts in late 2018, according to the Wall Street Journal.

That apparently is when TD Bank stepped in to help manage the disgraced financiers mysterious millions.

It comes as a new lawsuit alleges that Epstein ran a $500 million Ponzi scheme for decades.

Marvin Gerber and Kalma Koenig filed the suit on behalf of themselves and any other ‘noteholders and bondholders of Towers Financial Corporation, claiming that some lost millions of dollars while Epstein enriched himself and supported his own lavish lifestyle.

The lawsuit claims that Epstein’s scheme began shortly after he started working at Towers in the mid-1980s with his then-friend  Steven Hoffenberg.

Hoffenberg was sentenced to 20 years in prison back in 1997 for his role in the same same Ponzi scheme that is described in the complaint against Epstein.

He is also named as a non-party affiant in the lawsuit.