Teacher accused of sex with pupil, 15, did Google search for ‘alibi’

A married teacher accused of having outdoor sex with a 15-year-old student searched online for ‘good secluded areas’ and ‘alibi’ before engaging in intercourse with the teenager, a court heard.

Kandice Barber, 35, from Wendover, Buckinghamshire, allegedly had sex with the teenager in a field while she worked as a school cover supervisor in October 2018.

Barber, who is being tried for the second time after a first trial was unable to reach verdicts, denies three charges of sexual activity with a child.

Amersham Law Courts yesterday heard how the teacher made several searches on her mobile phone including for ‘alibi’ ahead of the alleged interaction.

Her phone, which was seized following her arrest, showed Barber had searched ‘what is the relationship title of someone you’re having an affair with’ at around 5am on September 30, 2018.

She then allegedly searched the word ‘alibi’ before looking up: ‘When you have a plan of where you’ve been’ and ‘a lie of where you have been’. 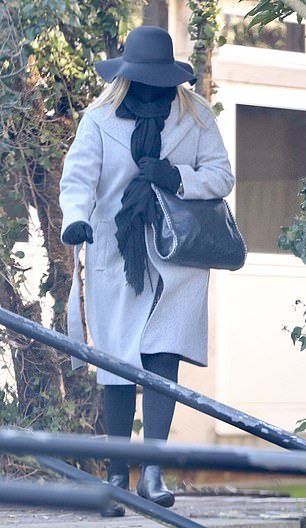 Kandice Barber (pictured today) from Wendover, Buckinghamshire, is alleged to have engaged in sexual activity with the pupil on multiple occasions, which she categorically denies

Barber was arrested at Princes Risborough School a day after the student told headteacher Nicholas Simms that rumours of his sexual relationship with Barber were true.

Detective Constable Collette Parker told the court on Thursday how the teacher was detained as she arrived at work at 6.30am on March 12.

‘I arrested her on suspicion of abuse of trust and sexual activity with a child. She went white and was shaking, I seized her mobile phone and she was then taken to be interviewed,’ the specialist in child abuse with Thames Valley Police said.

Jurors heard how Barber had written a statement which read: ‘I categorically deny that I have ever had sexual intercourse with this boy. I have never seen him naked and he has never seen me naked.’ 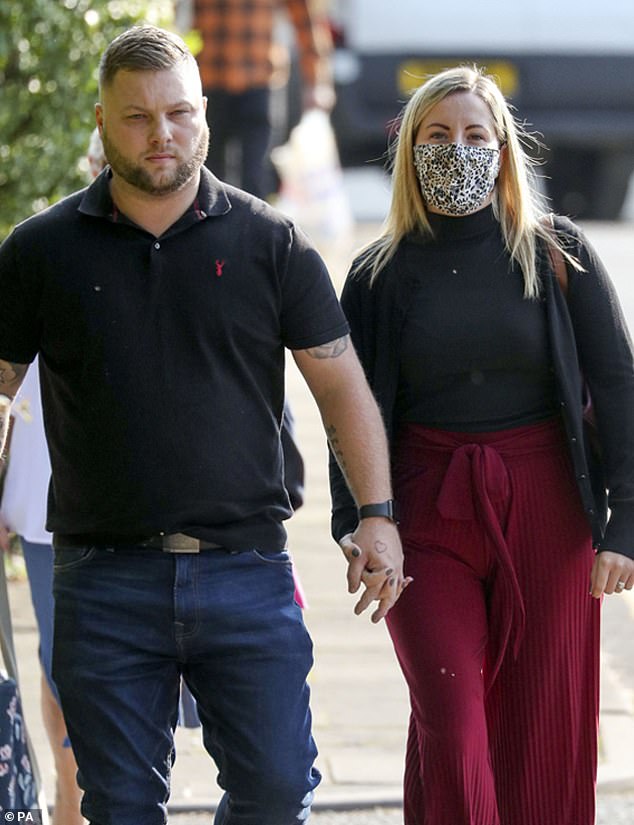 However, Amersham Law Courts yesterday heard how the teacher (seen with her husband Daniel) made several searches on her mobile phone ahead of the alleged interactions 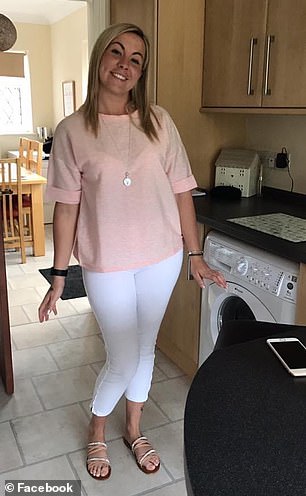 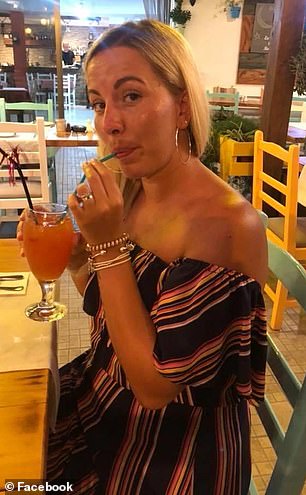 Her phone, which was seized following her arrest, showed Barber had searched ‘what is the relationship title of someone you’re having an affair with’ at around 5am on September 30, 2018

The defendant was previously convicted of sending the same pupil a topless picture of herself and a video of her on a bed surrounded by sex toys.

Barber today told the court that it would have been impossible for her to have engaged in a secret affair with the boy due to her busy lifestyle.

Giving evidence, Barber said: ‘It could not be possible. On October 10 I had a meeting with the foster care organisation which started at 4.30pm and she probably left at 6.30pm.

‘Both my husband and I for quite some time had been going through a fostering process but we had decided to try for a baby.

‘We decided to close the application while we had a baby. This date demonstrates the meeting we had with her.

‘After that I would have had to make packed lunches for my children for the next day and sort out their school uniform.’

The defendant claims that the following day, October 11, she had gone to Wembley in London for a concert with her best friend.

‘It was a throw-back to the nineties concert,’ she added. 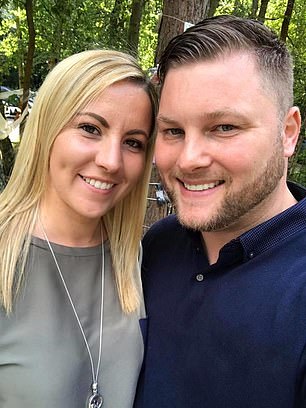 She allegedly searched the word ‘alibi’ before looking up: ‘When you have a plan of where you’ve been’ and ‘a lie of where you have been’

Barber denies three counts of causing or inciting a child to engage in sexual activity between September 27, 2018 and October 20, 2018.

The mother-of-three recalled to the jury details of her packed schedule around the dates she allegedly met the teenage boy, who cannot be named for legal reasons, for sex.

‘On September 30, 2018 my friend was staying with us as her work required her to travel. I was taking her to the airport the next day,’ she claimed.

Pointing to messages exchanged with her husband Daniel on October 1, the teacher explained that the couple were trying for a baby.

‘We were trying for a baby at the time, I was checking my fertility on an app. I was messaging him to let him know that I was in peak fertility, that we could do his favourite position which was from behind.

‘The plan was for my husband and I to have sex that night. He was getting a tattoo done so he said to ‘be gentle.’ He went to get a tattoo of an old school microphone, as he has an amazing singing voice,’ Barber told the jury.

‘He got a blue and a red heart tattoo as a surprise for me. We always send them to each other, it is our thing,’ Barber added.

The teacher explained that the couple had a matching tattoo of a paragraph from their wedding vows, a copy of which was also hanging in their kitchen.

Defending Barber, Ms Chbat said: ‘After the sports presentation evening a boy made allegations that you made arrangements to see him and had sexual relations with him.’

The jury heard Barber firmly say ‘no’ to these allegations.