A teacher has adopted her student with Down syndrome after his mom died of breast cancer, admitting she ‘fell in love’ with the child instantly.

Kerry Bremer, 52, first met Jake Manning, who is now 14 years old, and his mother, Jean, four years ago after the student moved with his mom to Massachusetts from Florida.

‘He’s just so lovable,’ Bremer told Boston 25 News about the student. ‘He loves everyone, and he’s so smart and funny. He is very funny.’

Meeting up: Kerry Bremer (middle), 52, met Jake Manning, 14, (left) and his mom, Jean, (right) four years ago after the family moved from Florida to Massachusetts 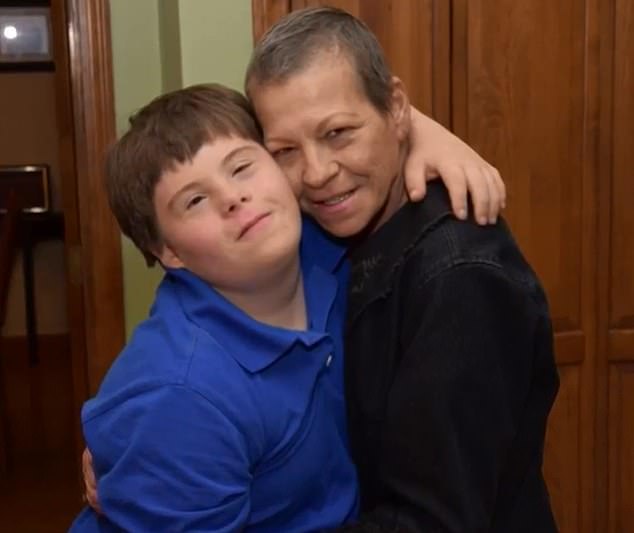 Heartbreaking: Jake’s mother confessed to Bremer, who was his teacher, that she was worried about her son after she was diagnosed with breast cancer 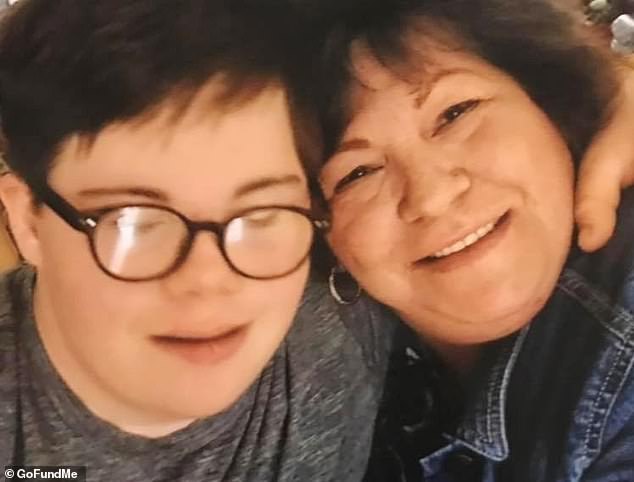 Lending a hand: Bremer said that she and her husband would become Jake’s guardians if anything were to happen to his mother, who died of breast cancer on November 13

Bremer was Jake’s teacher at CASE Collaborative School in Concord, Massachusetts, when he first moved to the state. 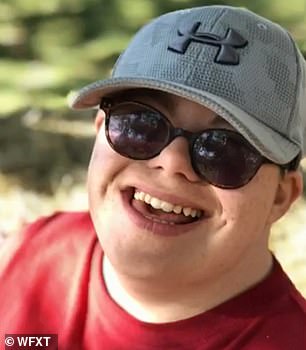 ‘He’s just so lovable,’ Bremer said about the student. ‘He loves everyone, and he’s so smart and funny. He is very funny’

That was when she first offered up adopting the child after the mom expressed worry about what would happen to him if she were to die.

In May, Bremer and her husband, David, officially became Jake’s guardians.

‘I called his mom and I said, “I might be overstepping here, I’m really sorry if I am but just in case, if you need to have some backup for Jake my family would be willing to be his guardians,” and she said, “I’m going to sleep better tonight than I have in a very long time,”‘ Bremer recalled.

When speaking to Today, the teacher said it was a no-brainer on welcoming Jake into her home.

‘I fell in love with Jake instantly,’ Bremer said. ‘I knew he would a need a home and there was no way I wouldn’t open ours to him.’

She and her husband already have four children: Kristen, 21, Jonathan, 19, and Kaitlyn, 16. 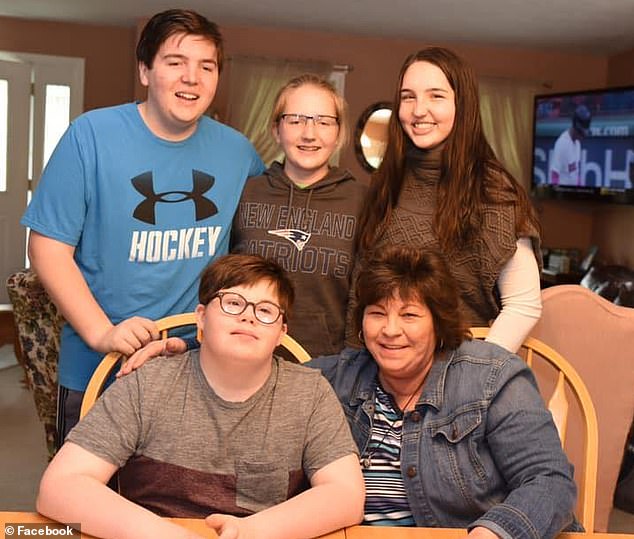 The family: When Bremer offered to take over guardianship of Jake, his mother said it was a huge weight off her shoulders (pictured is his mom with Bremer’s three other children) 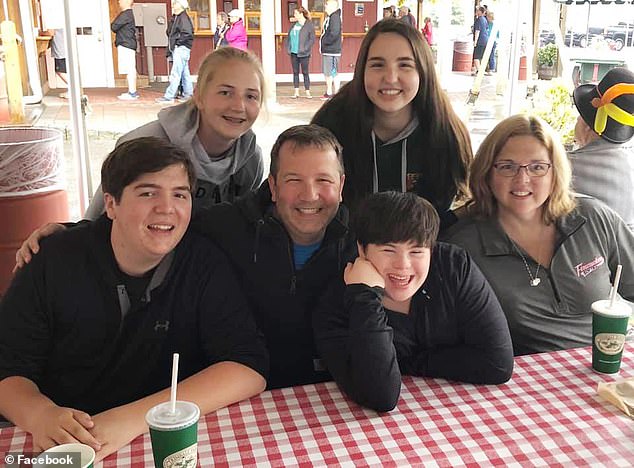 Happy together: After Jake’s mom passed away last week, he moved officially into the Bremer household; the couple, seen with all four of their children, became his guardians in May

On November 13, Jake’s mom passed away from her cancer. He then moved into Bremer’s home full-time that day following her death.

The move was made easier on Jake because he already spent nights and some weekends at the Bremer household to get used to the family before permanently moving into the home.

‘He needed us and quite honestly obviously we needed him because he’s fit in so perfect here,’ Bremer told Boston 25 News.

Adopting Jake into an already busy household has inspired friends and neighbors who know Bremer and her family.

A GoFundMe page was created for the family to help them as they transition to a household with one more member, and it has already raised more than $37,000 for the family.