A young substitute teacher at the centre of an alleged child grooming scandal is married with a three-year-old son.

Ammy-Clara Singleton taught at six schools around Port Augusta, north of Adelaide in South Australia, before she was arrested in December and charged with communicating with a child under 17 to ‘engage in, or submit to, sexual activity’.

The 28-year-old appeared in Port Augusta Court on Wednesday morning but her matter was adjourned until July to give police more time to analyse electronic evidence.

On Thursday it was reported that the Aboriginal language teacher – who faces up to 10 years in prison if she’s found guilty – was a talented netball player lauded as a ‘role model’ for younger generations.

Daily Mail Australia can now reveal that Ms Singleton married her childhood sweetheart, and was juggling work and motherhood while she allegedly pursued a minor for sex. 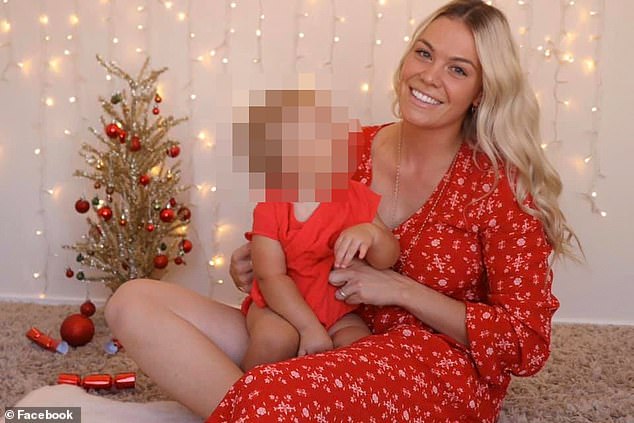 Ammy-Clare Singleton has one son (pictured), who is now three. Her family were excited when her pregnancy was announced

Her family’s Facebook profiles are awash with happy snaps of the glowing mum holding her burgeoning bump, and smiling widely at her extravagant gender reveal party – complete with blue confetti.

Family members were beside themselves with excitement on Facebook – telling Ms Singleton she was going to be ‘an amazing mum’ and saying they couldn’t wait to meet the baby.

Following the birth in early 2019, her loving husband took to the social media platform to wish her a happy Mother’s Day for the first time.

‘Being a full-time mother is one of the highest salaried jobs since the payment is pure love. 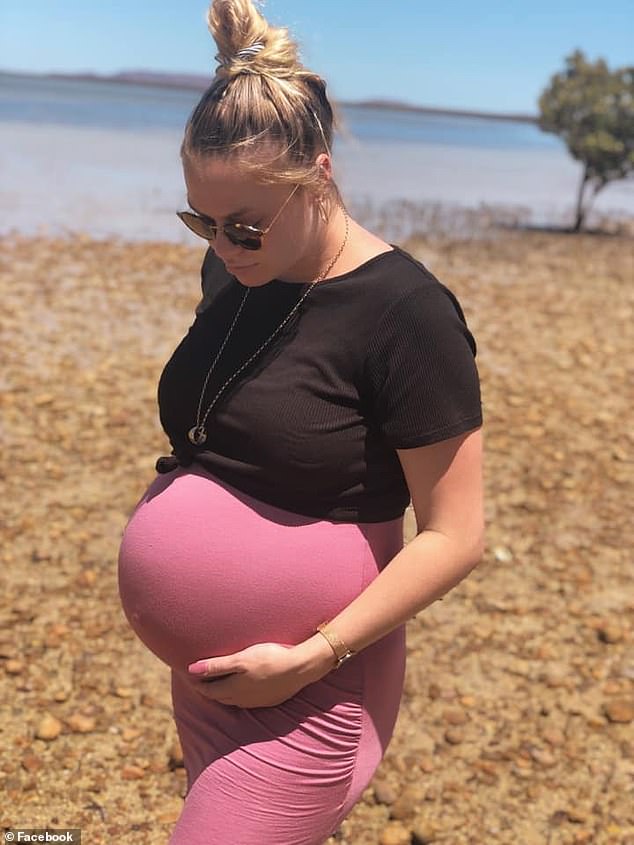 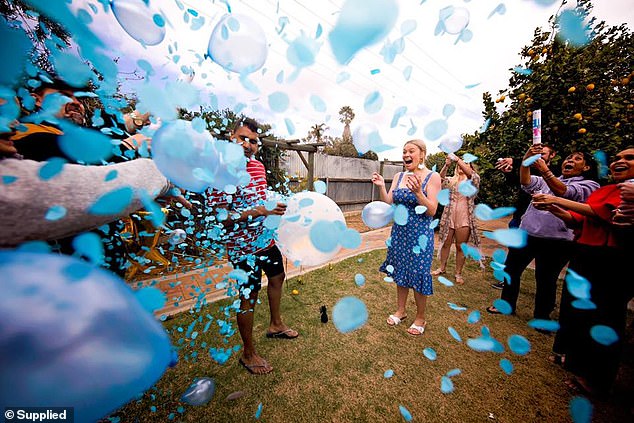 Ms Singleton had an extravagant gender reveal party (pictured). She later gave birth to a boy

‘Love you so much my wife first Mother’s Day and many more to come.’

He included a range of photos showing the new mum cuddling up to the little boy.

The mum-of-one graduated from UniSA with a Bachelor of Education (Primary and Middle) in 2017, before returning to her hometown and becoming a full-time mum.

She then pursued work as a casual teacher at six schools, including Flinders View Primary School and Port Augusta West Primary School.

A former Flinders View student told The Advertiser that Ms Singleton was ‘a nice teacher’ who used to let her students ‘swear a lot in class’.

The school’s principal Anna Nayda sent a letter to parents confirmed the relief teacher worked there between February 2017 and April 2018, but that the allegations did not involve one of their students. 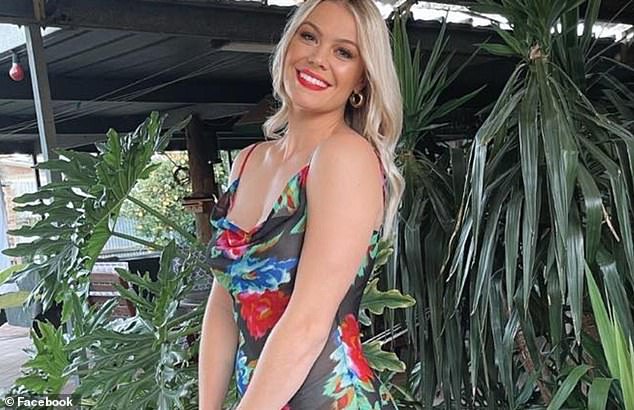 Ms Singleton (pictured) taught and six schools around Port Augusta. She will face court in July 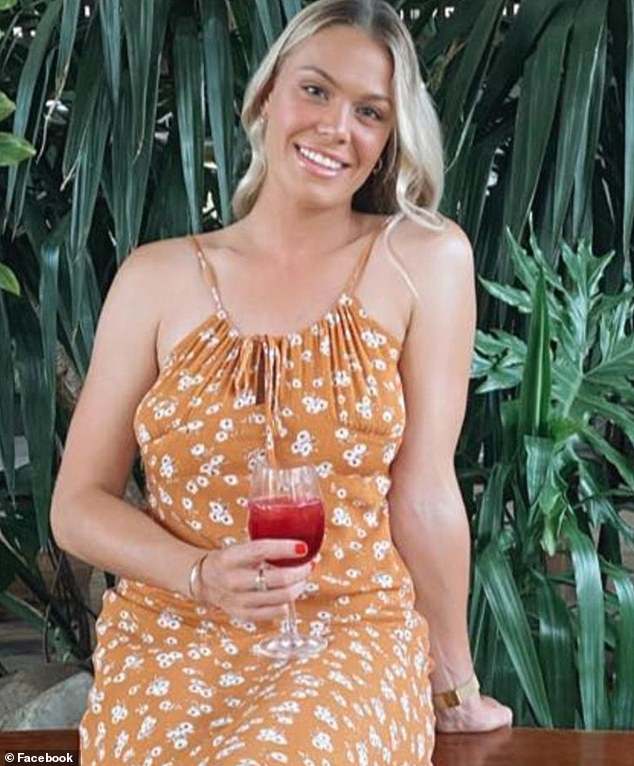 ‘Police have advised the Department for Education they do not have any objections to the department informing the school community,’ he wrote.

‘This incident does not involve any students at our school and the information available to the school suggests there is no need for any concern for any children at our school.’

It is unclear as to whether the alleged victim was a student she met while teaching, but alleged incident occurred between November 1 and 30 last year. 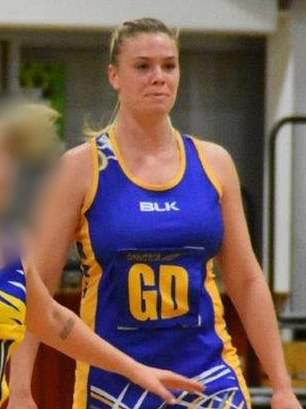 On Thursday it was revealed that Ms Singleton was a star netballer and footballer in the rural town, before she moved three-and-a-half hours southeast to attend university.

She graduated from South Australia’s National Football League Aboriginal Pathways to Excellence Traineeship Program in 2012, and built a reputation as a local sporting icon.

Since moving back to her hometown and becoming a mum, Ms Singleton returned to sport – playing for the Railways Netball Club and in the Falcons Black basketball grand final last year.

When she hit the netball court last September, she was lauded as ‘awesome in her court coverage for interceptions, back-up play and goal circle rebounds’.

The alleged scandal rocked the small tight-knit coastal town, which is home to almost 14,000 people.

Mayor Brett Benbow called on the community to let the court process run its course after one school issued a letter to parents.

‘When it is all said and done, we will know a lot more about the circumstances,’ Mayor Benbow said.

‘I come back to the fact that this case is before the courts and that the person involved remains innocent until proven guilty.

Ms Singleton will enter a plea at Port Augusta Court again on July 20.