Lynn Burge, 33, who admitted to having sex with two boys aged 16 and 18, will avoid jail time after agreeing to a plea deal

A Texas teacher who admitted to having sex with two boys aged 16 and 18 will avoid jail time after agreeing to a plea deal.

Lynn Burge, 33, who taught at Muenster High School, received five years probation and a $2,500 fine for each crime.

She will also have to give up her teaching licence and will not to have to register as a sex offender, KXII reported.

She pleaded guilty to two counts of improper relationship between an educator and a student, according to the outlet. Another count of online solicitation of a minor was dropped as part of the agreement.

The married mother-of-two was accused of sending about five nude pictures of herself to the 16-year-old via Snapchat in October 2017.

According to News 12, the pair went ‘backroading’ together before she took him to her home, where she allegedly performed oral sex on him.

They had also been drinking before they had sexual intercourse, according to the arrest warrants.

Investigators interviewed the teen who recalled going to the woman’s home to have sex.

The teen told authorities that Burge’s family wasn’t home at the time. Burge claimed she didn’t remember whether or not she had sex with the teen because she was highly intoxicated.

Burge, who is married and has two children, is also accused of having sexual intercourse with an 18-year-old student. 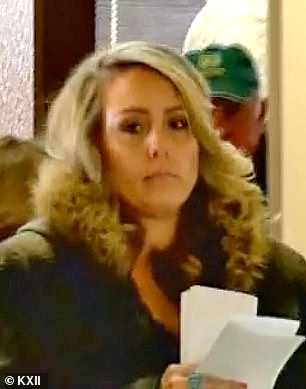 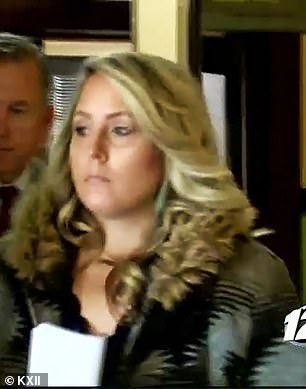 Lynne Burge pleaded guilty to two counts of improper relationship between an educator and a student, according to KXII. She is pictured above in court this week 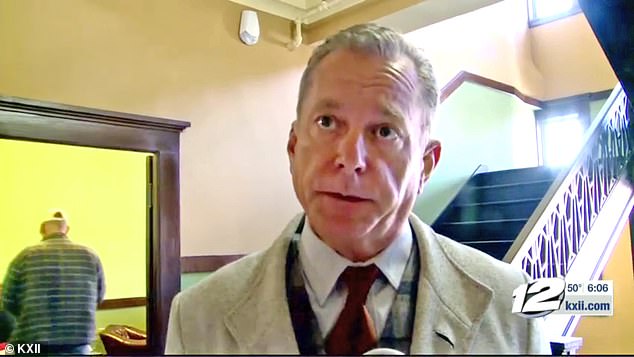 Burge’s attorney, Rick Hagen, said that Bruge was remorseful and ashamed over the incident

The second incident reportedly occurred on Burge’s birthday in March 2018 while they were at her sister’s home.

That student told investigators that they had unprotected sex after they went backroading, according to the Gainesville Daily Register.

Burge was arrested after the Department of Family and Protective Services received an anonymous tip about her in September. 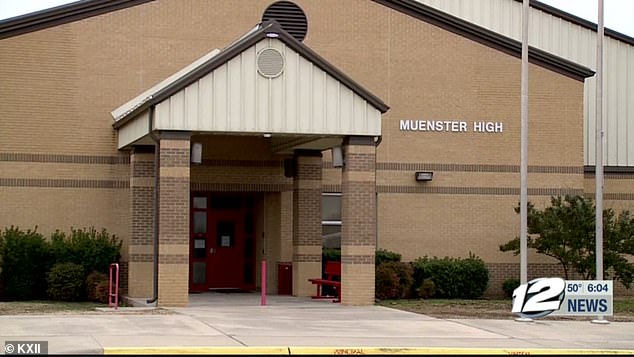 Burge resigned from her position at the Muenster High School in October 2018. She taught Intro to Culinary Arts, Child Development and Principals of Human Services 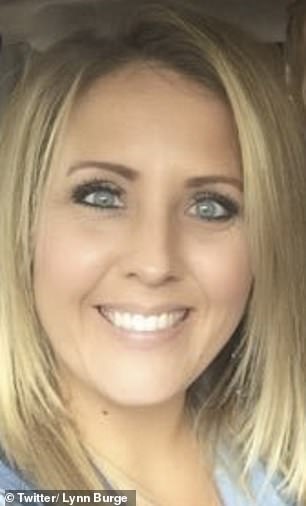 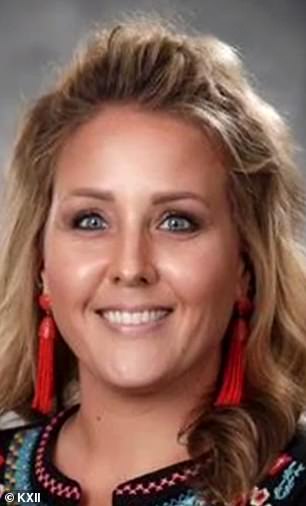 The first incident with the 16-year-old allegedly occurred between September and October 2017. The pair went backroading before going to Burge’s home where they reportedly had sex and drank alcohol

Hagen claimed that the families of the boys had consented to the plea deal.

‘Families involved were consulted and they were incredibly humble and forgiving and that contributed to this result along with Lynn’s efforts at maintaining sobriety and seeking the counseling that she did,’ said Hagen.

Hagen told the Gainesville Register that alcohol had played a role in the case and that Burge was attending AA meetings had a counselor.

‘These cases are always difficult. There are no excuses. Lynn is responsible. She made mistakes and she immediately accepted responsibility.’

He said that Burge was  ‘incredibly remorseful, she is ashamed.’

Cooke County District Attorney John Warren said in a statement: ‘After consulting with the families of the victims and receiving their input, we believe that this is a just and appropriate plea.

‘The victims, in this case, will now be able to begin to put this behind them and move on with their lives.’ Burge had up to 50 years in prison if she was convicted on all counts.