Teacher ‘flipped a Down syndrome student in her desk’

A veteran special-education teacher from Florida has been arrested for allegedly flipping over a desk while a student with Down syndrome was sitting in it.

Donna Dixon, 56, was booked into the Escambia County Jail on Monday on one count of cruelty to a child, a felony. She was released the same day after posting $10,000 bond.

According to the Escambia County Sheriff’s Office, the incident that landed Dixon behind bars took place on October 10 at Escambia Westgate School – a facility that caters to children with disabilities – and was reported to the authorities two days later. 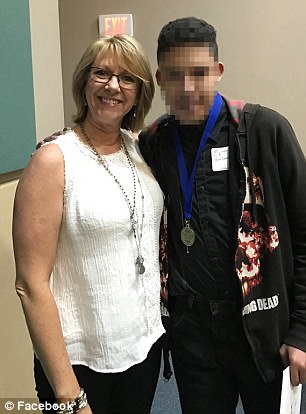 Donna Dixon (pictured left in mugshot and right), 56, a veteran special-education teacher from Florida, has been arrested on one count of cruelty to a child for allegedly flipping over a desk while a student with Down syndrome was sitting in it 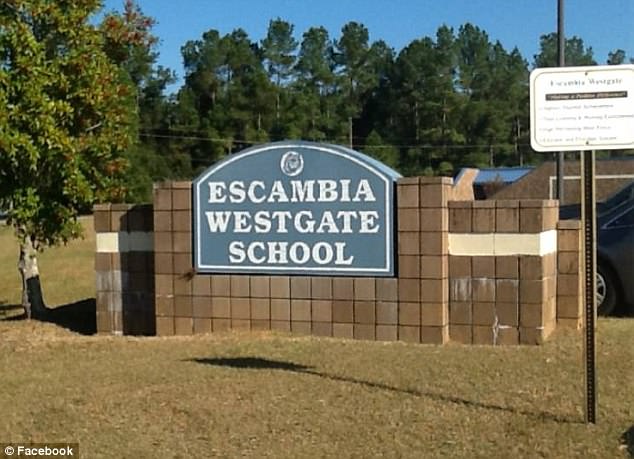 Dixon has taught for eight years at Escambia Westgate School in Pensacola, which caters to children with disabilities

An arrest report cited by Pensacola News Journal states that a female student, who is non-verbal, was sitting at her desk with her head down in Dixon’s classroom when the teacher walked up to her, grabbed the front of the desk and pushed it backward.

The Down syndrome-stricken girl fell back and hit a large plastic cart. Dixon then put the desk upright and walked out of the room without helping the girl up, according to the report.

When interviewed by deputies, the 56-year-old teacher explained that she had instructed all the students to move to a different classroom, but one girl, whom she characterized as ‘stubborn,’ would not budge.

Dixon recounted how she put on her ‘little mean face’ and tilted the desk to make the student stand up.

Dixon also claimed that she guided the desk as it fell to make sure the student did not get hurt, and said she did not help the girl get up because she is not strong enough. 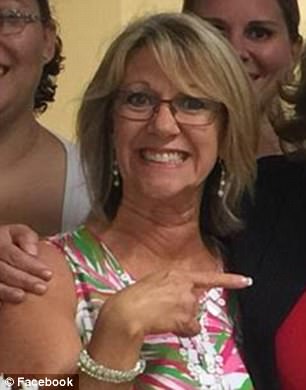 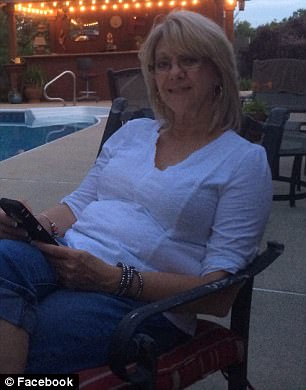 Educator: Dixon (left and right) has worked for the Escambia County School District for 23 years, eight of them at Escambia Westgate 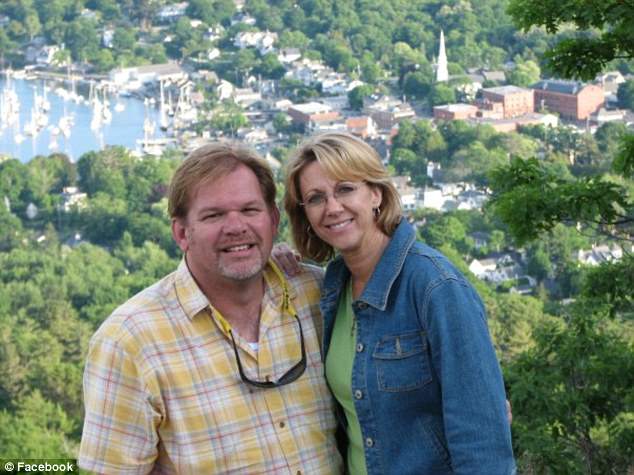 Dixon, pictured with her husband, told deputies she flipped the desk because the student refused to comply with her instruction to stand up

Other school staffers later walked in and assisted the girl, who complained of a sore neck, according to the report.

The teacher, who has worked for the Escambia County School District for 23 years, eight of them at Escambia Westgate, also said she was frustrated because she did not have a teacher’s aide on hand.

Dixon said she did not report what happened because the girl was not injured, according to the station WEAR, and also because she was busy. She went on to say that if she were to report every incident, she would not get anything done.

Another teacher, however, witnessed the desk-flipping and reported it to the administration of the school, who then contacted law enforcement and the Department of Children and Families. 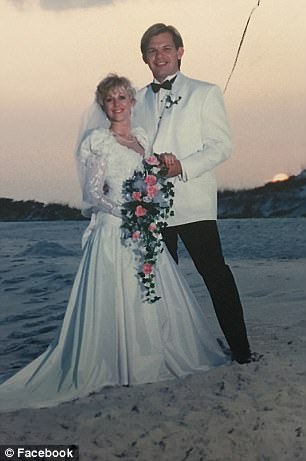 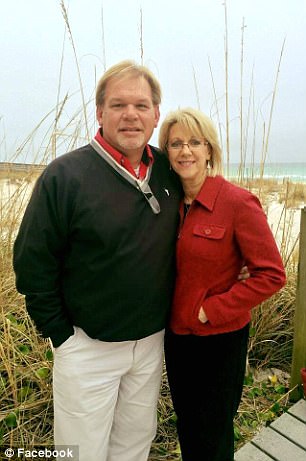 Dixon, a married mom-of-two, claimed she was frustrated because she did not have a teacher’s aid on hand to help her. Pictured left is Donna and her husband on their wedding day 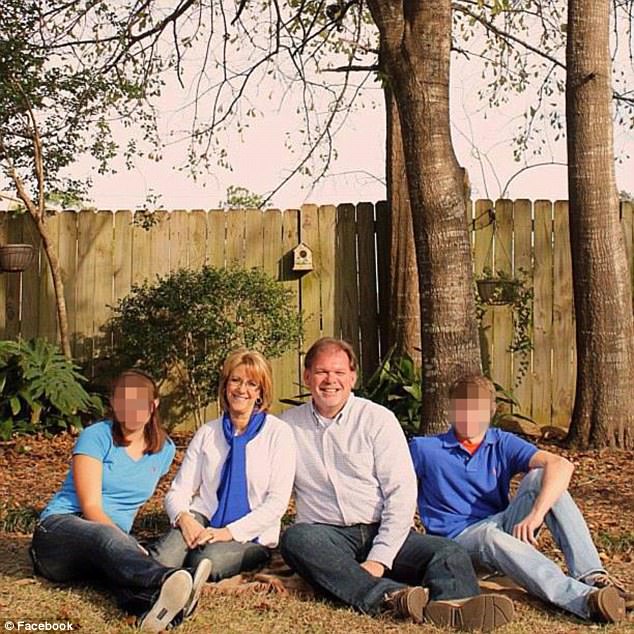 The Dixons have a son and daughter together. Donna has been placed on leave

Staff at the school told deputies that the special-needs girl who refused to get up has a history of being stubborn, and that they usually get her to comply by talking to her.

Dixon was suspended from teaching on October 11. Public records and social media posts reveal that she and her husband, who works for a power company, have been married for 25 years and have two children, a son and daughter.