A primary school teacher who ran a lunchtime magic club and home tutoring is accused of posing as a 13-year-old girl on Instagram to trick more than 70 male students into sending him sexually explicit material.

Melbourne man Timothy Patrick Cordova, 25, allegedly created a fake account under the alias ‘Matilda Roberts’ to ask young boys for photos of their ‘d**ks’ and ‘junk’, as well as videos of them performing sex acts, to satisfy his own sexual gratification.

He was arrested and charged on July 2 after detectives allegedly uncovered a collection of child abuse material on computers and hard drives seized during a raid of his Rowville home.

The schools’ principals are assisting police to identify children in the lewd material allegedly found in his possession and investigators suspect more charges will be laid.

The court heard more than 60 of his alleged victims were past or present students from St Mark’s, including 26 of which he had taught.

At the time of the June 26 raid on his home, Cordova was employed at St Francis De Sales, where his mother is also a teacher.

The electronic devices taken allegedly contained dozens of items in hidden folders labelled ‘boys on boys’ and ‘boys sex duo’, while other folders contained the full names of the school children. 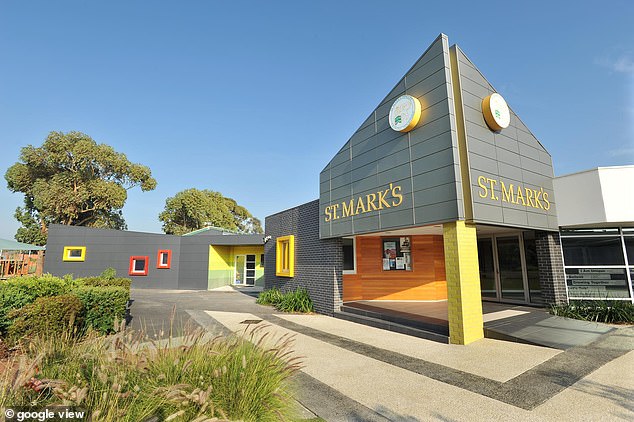 Timothy Patrick Cordova, 25, was previously employed at St Mark’s Primary Catholic School (pictured) in Dingley Village, where more than 60 of the alleged victims are past or present pupils

He had also taken pictures of children’s ‘private parts’ at a school swimming carnival, the court heard.

Cordova taught economics, maths and reading classes at his home, with detectives also trying to speak to anyone he had tutored.

He also ran a magic club and cards club during school lunch breaks.

He resigned three days before his arrest and his teaching registration has since been suspended.

Magistrate Luisa Bazzani said the allegations were of a ‘heinous nature’ due to the nature of Cordova’s position and the vulnerability of the students. 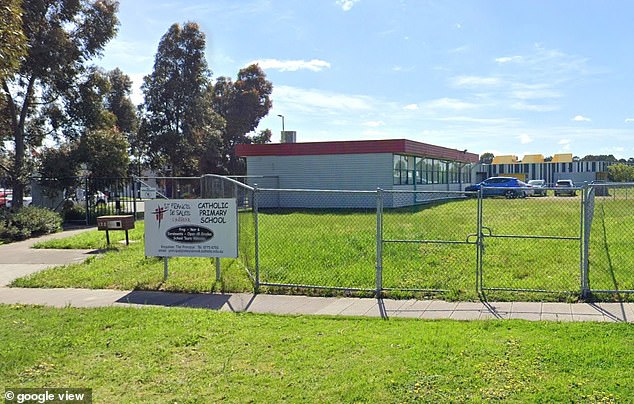 At the time of the June 26 police raid on his home, Cordova was employed at St Francis De Sales Primary School in Lynbrook (pictured) where his mother also works as a teacher

During the bail hearing on Thursday, police argued Cordova should remain in custody because he stood as an unacceptable risk of reoffending.

However, the judge granted bail under strict conditions, including he must live with his ex-policeman uncle.

Cordova is also prohibited from going within 200 metres of any learning centre, kindergarten, primary or high school and is only permitted to leave the house under supervision.

He must remain home between 8pm to 5am and is not allowed to access the internet or communicate with anyone under 18.

He will face court again in October. 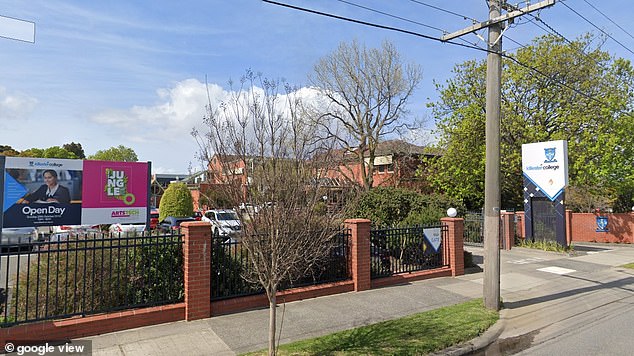 Principals of the schools’ are helping police to identify the children in the lewd material allegedly found in his possession. Pictured is Killester Girls’ College in Springvale