A 38-year-old high school teacher who was arrested earlier this month on sexual assault charges has been locked up again after authorities received new information about the extent of her alleged sexual relationship with a male student she became ‘obsessed’ with.

Melissa Bonkoski, who taught earth science at Owen J. Roberts High School in Pottstown, Pennsylvania was charged earlier this month with eight sexual assault felonies for her alleged involvement with a student.

The victim first came forward to police after he became upset he had cheated on his girlfriend, who notified investigators after she found text messages on his phone from the teacher who apparently sounded desperate.

Based on interviews with both the teacher and the victim, authorities had uncertainty over if the relationship had progressed beyond kissing and touching.

During an August 11 interview, Bonkoski told police that she had sex with the victim, but the student at the time had only claimed that he had slept in her bed.

She was arrested and released on $80,000 unsecured bail until prosecutors had her re-arrested on Tuesday.

Authorities announced her re-arrest in light of an alleged confirmation from the teen victim, whose name is not being released, that the two did have sex for the first time in December 2016, The Philly Voice reported.

According to the criminal complaint, Bonkoski’s history with the victim dates back to December 1, 2015. 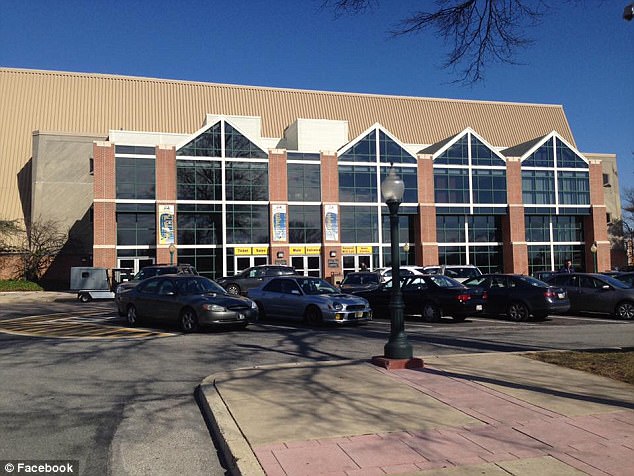 Melissa Bonkoski, who taught earth science at Owen J. Roberts High School (above) in Pottstown, Pennsylvania was charged earlier this month with eight felonies. She had been released on bail until prosecutors had her re-arrested on Tuesday in light of more charges

The 16-year-old victim reportedly had Bonkoski as a teacher during his freshman year at the high school.

The two had kissed and the teacher allowed him to touch her breasts. He also stayed the night at her house, sleeping in the same bed as her, and they discussed having oral sex.

Investigators said that Bonkoski started sending ‘harassing text messages’ to the teen, who grew uncomfortable with the relationship.

‘He was worried that he wouldn’t get rides home anymore if he stopped kissing [Bonkoski],’ according to the complaint.

Bonkoski reported came ‘obsessed’ with the student, and contacted him using a pre-paid cellphone, which she didn’t think could be traced back to her.

‘Whatever you do, please don’t shut me out,’ Bonkoski texted the student in March, according to the Daily Times. ‘I’m begging you.’

Police had no trouble tracking that burner phone back to Bonkoski, in part because it was mostly used at school and at her home.

On July 11, she was brought in for a police interview, during which she admitted to the relationship, and said she ‘thought she was being smart’ by using the burner phone.

Her school district got wind of the charges the following day after her original arrest and administrators immediately demanded she resign.

‘Upon learning of the filing of these charges, the school district asked for, and received, Bonkoski’s immediate resignation from her employment as a teacher,’ Anthony Costello, the district’s acting superintendent, said.

According to an online profile with the school district, which has since been taken down, she had been working at the school for the past two years. Before that, she taught science in Miami, Florida and before that in West Philadelphia.