A longtime substitute teacher at Georgia Elementary and Middle School in Vermont was fired after she was accused of teaching third graders a Nazi salute.

A local district official announced the news Thursday after the unidentified teacher was caught demonstrating the arm gesture to several young and impressionable students while in the cafeteria.

Superintendent of the middle school, Ned Kirsch, said in a written message to parents that ‘the children were standing with their arm out in front of them and the teacher was modeling the position,’ during the incident that took place this week.

Superintendent of the middle school, Ned Kirsch (pictured) wrote a written message to parents this week about an incident involving an unnamed teacher demonstrating a Nazi salute 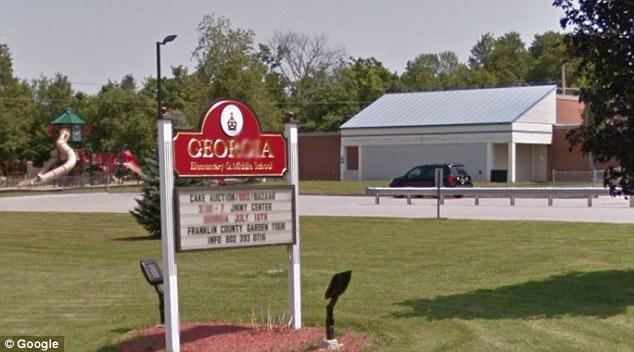 ‘She then raised her arm slightly and said, ‘And now we say, Heil Hitler,” the written release said, according to a local newspaper, Seven Days.

Kirsch confirmed in a statement to Seven Days the veteran teacher would not be permitted to step foot on school grounds again.

‘She was immediately relieved of her position as a long term sub and will not be returning to our school in any capacity,’ Kirsch added.

The educator has since admitted to the claims, while Kirsch revealed the bizarre incident was ‘not a pattern’ for her.

The unnamed woman did not have a history of complaints filed against her. 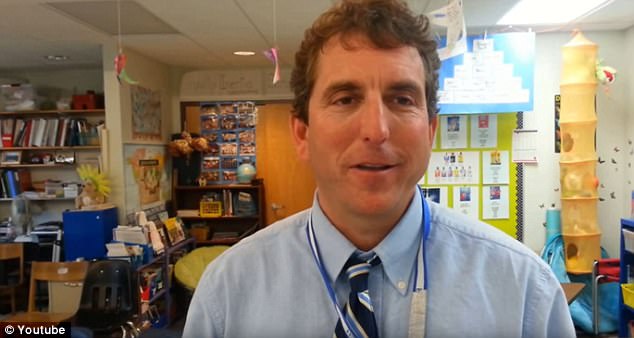 ‘[I] never had a report about her, nothing,’ Kirsch told the newspaper.

‘No one can quite understand what happened,’ he added.

Following the incident, school officials walked through classrooms and spoke to students to ensure they felt ‘safe’ and also to share information regarding the teacher’s leave.

‘We are dedicated to ensuring a safe learning environment for our students and families … This incident was completely unacceptable and I apologize,’ Kirsch wrote in the written statement to parents.

The school has a population of about 650 students and serves surrounding cities of Fairfax, Fletcher, and Georgia, according to Franklin West Supervisory Union’s website.