A Florida history teacher says she was fired for refusing to give half-credit to students who didn’t turn in their assignments – and now her farewell message to her class is going viral.

Diane Tirado says West Gate K-8 School in Port St Lucie had a ‘no zero’ policy, requiring teachers to give students no less than a 50-per cent grade on assignments.

Tirado, 52, tells television station WPTV that she was fired on September 14 when she refused to follow the policy after several students didn’t turn in a homework project she had assigned two weeks earlier.

Viral farewell: Florida teacher Diane Tirado left this message for her eighth-grade history class after she was fired on September 14

Before leaving, Tirado left a handwritten message on a whiteboard for her students that read:  ‘Bye kids. Mrs. Tirado loves you and wishes young the best in life! I have been fired for refusing to give you a 50% for not handing anything in. [Love] Mrs Tirado.’

The teacher then took a photo of her missive and shared the image on her Facebook page, where it has been shared more than 740 times.

‘I’m so upset because we have a nation of kids that are expecting to get paid and live their life just for showing up and it’s not real,’ Tirado told the TV station. 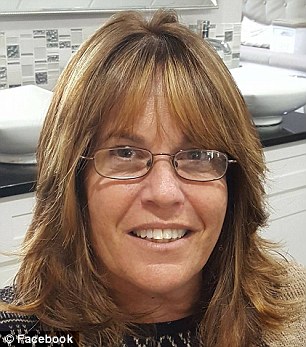 Tirado, 52, a veteran teacher but a new hire at West Gate K-8 School, says she was terminated for refusing to follow the school’s ‘no zero’ grading policy

After her post drew national attention, Tirado again took to social media on Tuesday to share her thoughts on the controversy.

‘The reason I took on this fight was because it was ridiculous,’ she wrote. ‘Teaching should not be this hard. Teachers teach content, children do the assignments to the best of their ability and teachers grade that work based on a grading scale that has been around a very long time.

She continued: ‘reachers also provide numerous attempts to get the work collected so they can give a child a grade. By nature, most teachers are loving souls who want to see students succeed.

‘We do above and beyond actual teaching to give them the support they need. Are we perfect? NO. We make mistakes like all other human beings, but I know teachers work their butts off to help children to be the best people they can be!!!’

No specific cause was given in her termination letter from the principal at West Gate school, since Tirado was still on probation. 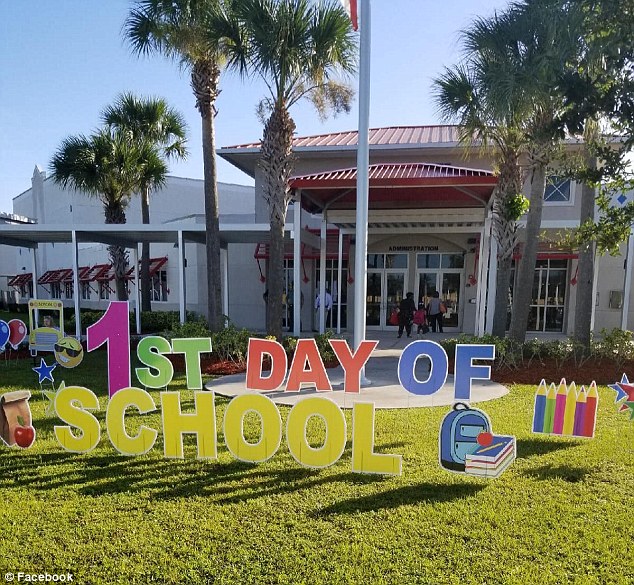 Officials with St. Lucie Public Schools say there is no district policy prohibiting teachers from giving a grade of zero

The married mother-of-one has worked in education for many years but was hired to teach eighth-grade history at West Gate only on July 30.

A spokeswoman for St. Lucie Public Schools says there is no district policy prohibiting teachers from giving a grade of zero.

The West Gate student and parent handbook contains a grading rubric that includes the line, written in red all-caps: ‘NO ZERO’S-LOWEST POSSIBLE GRADE IS 50%’

The rubric, however, allows for an ‘Incomplete’ grade that is the equivalent of 0 per cent, according to the table included in the handbook, which Tirado argues creates confusion.