Teacher ‘trained pupils as young as 11 for London attack’

A young Muslim boy has described how a teacher allegedly trained him for terrorism as he plotted a ‘big attack’ on London.

Umar Haque, 25, allegedly plotted with men at a mosque in east London to attack Big Ben, the Queen’s Guard and Westfield shopping centre and other targets around the capital.

Jurors heard the religious teacher told a group of 30 boys as young as 11 that fighting was ‘good’ and he was under orders from Islamic State.

He instructed them in various terrorism scenarios involving guns and bombs as he aimed to recruit 300 jihadis, it is claimed.

The Old Bailey trial was shown a videoed police interview with a child, who said: ‘He is teaching us terrorism, like how to fight.’

The youngster said: ‘He has been training us, kind of. Apparently fighting is good. If you fight for the sake of Allah, on Judgment Day when you get judged for your good deeds and bad deeds, fighting is good.

‘Umar has been teaching us how to fight, do push-ups, given strength and within six years he was planning to do a big attack on London.

‘We done this scenario how to fight, pretending that three boys had guns in their hand.’

He said the boys would split into groups of police and ‘normal people’.

There would be a ‘car bomb’ and people would attack the police and their ‘back up’ when they arrived, he said.

He went on: ‘Umar, apparently, he told us boys he is part of Islamic State and Islamic State ordered him to do a big attack in London.

‘He showed us video clips to encourage us and have faith in god. He showed us a video of Great Britain helping Americans drop bombs in Syria.’

He said the Syrian people wanted them to ‘fight the Americans back’.

On the need for secrecy, the boy, who cannot be identified, said: ‘We took an oath like we would not tell our parents. If we did not promise, we would go down a group.’ 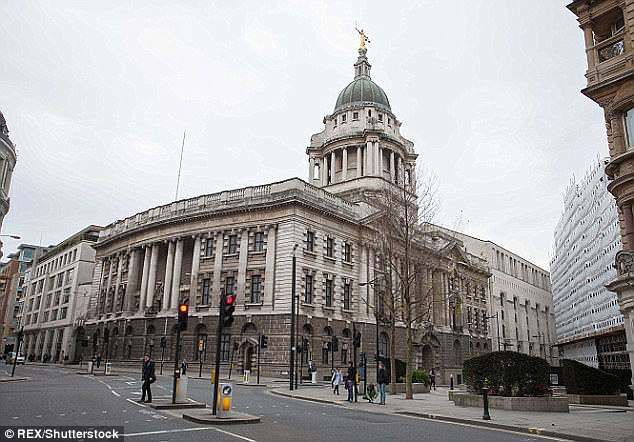 The prosecution allege Haque had decided to carry out one or more violent attacks in 2016 and early 2017 in the name of IS and hoped to inspire others to join in.

Abuthaher Mamun, 19, Muhammad Abid, 27, and Nadeem Patel, 26, are accused of helping him in various ways.

Haque and Mamun are accused of preparing acts of terrorism between March 25 and May 18 2017.

Haque is accused of researching and planning a terrorist attack while Mamun allegedly traded in options in order to finance it.

Haque is further charged with preparing terrorist acts by leading exercises in physical training and ‘role play’ with children and dissemination of terrorist publications.

Abid is accused of having information about Haque’s plans and Patel is charged with plotting with Haque to possess a firearm or imitation firearm.

The defendants, who all lived in east London, have denied the charges.

Haque has admitted charges of collection of terrorist information and a further charge of dissemination of a terrorist publication.