Teacher was allegedly abducted, tied to a chair and beaten before getting fatally hit by a truck

Chilling details have emerged about how a private school teacher was allegedly abducted, tied to a chair and beaten before he was fatally hit by a truck on a highway.

Anthony Stott, 43, a respected French teacher at Brisbane’s St Peters Lutheran College, was last seen alive at Brisbane Airport at 3pm on Sunday after returning from a holiday in Peru.

Just over 12 hours later, Mr Stott was hit by a semi-trailer on the M1 at Cudgera Creek, northern NSW, after bolting through a paddock from his alleged abductors’ ramshackle house 500 metres away.

Puzzled investigators are looking into how and why Mr Stott ended up at the property, and believe he may have been kidnapped from his home 130km away in Fortitude Valley.

He was allegedly tied to a chair and brutally bashed with a golf club while held captive at Cudgera Creek, The Daily Telegraph reported. 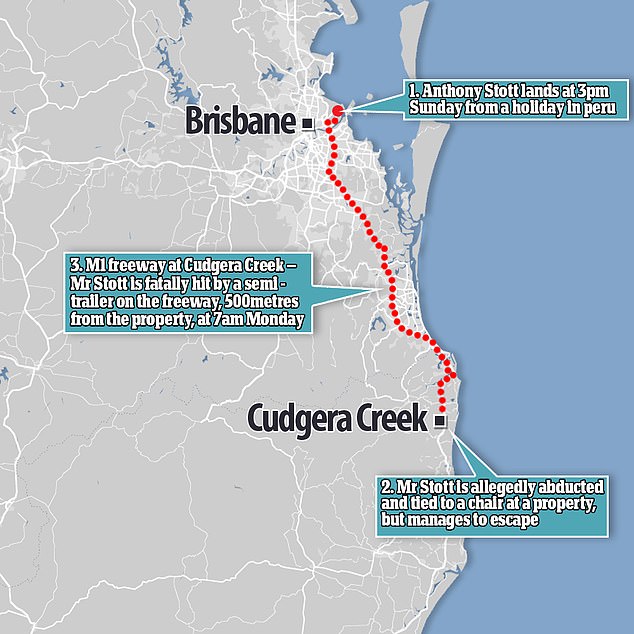 Mr Stott was last seen alive landing at Brisbane Airport, he was then allegedly abducted and beaten at a property in Cudgera Creek in norther NSW. He was fatally hit by a semi-trailer on the M1

Mark Francis Frost, 46, and Lauren Claire Grainger, 38, from Cudgera Creek, were arrested on Monday afternoon, charged with detaining with intent to gain advantage.

Police are probing whether Mr Stott was known to the couple.

‘We do not know what that relationship is, we don’t know how he ended up in their house or why he ended up there,’ Detective Acting Superintendent Brendon Cullen said.

‘What we do know is he was there and he was detained against his will there… what we don’t know what happened after he left that place.’ 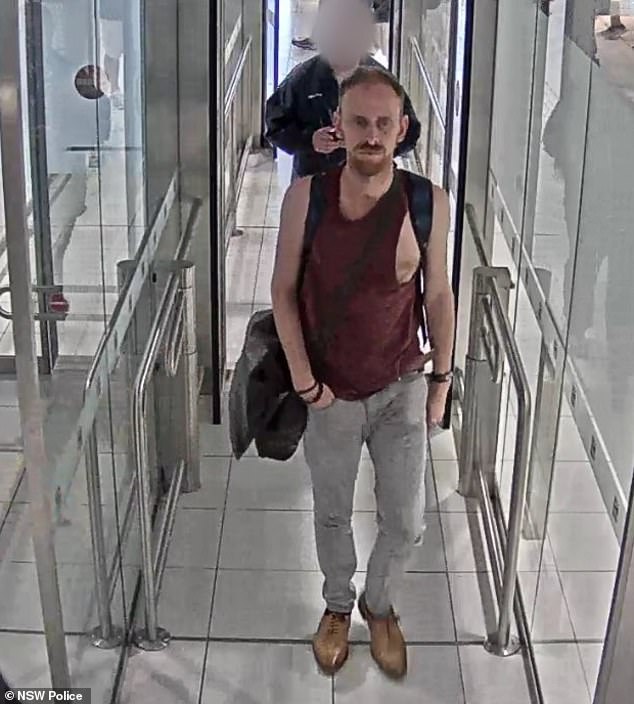 Police dogs and divers are now combing the property, which Grainger and Frost use to grow produce for farmers’ markets.

A neighbour reported hearing several cars screeching out of the address after a loud bang noise came from the highway.

Mr Stott’s silver BMW had been found abandoned on the highway, close to the couple’s property, several hours before he was killed. 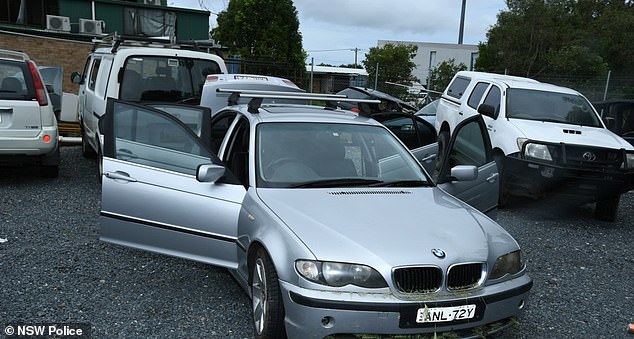 Mr Stott’s silver BMW had been found abandoned on the highway, close to the couple’s property, several hours before he was killed

‘We want to speak with anyone on the NSW Far North Coast or across the border in Queensland who may have had dealings with or had spoken with him since Sunday 9 February,’ Supt Cullen said.

‘We’re also wanting to speak with anyone who may have seen his vehicle on Sunday afternoon– a silver BMW with NSW registration ANL 72Y.

‘Piecing together his movements in the 24-hours prior to his death is crucial and I urge anyone who may have any information to contact Crime Stoppers.’

Investigators aren’t ruling out the involvement of illicit drugs in Mr Stott’s death and alleged abduction, but noted the teacher was ‘by all accounts a fine member of the public’.

Supt Cullen also said at this stage there is no evidence pointing to connections to bikie gangs. 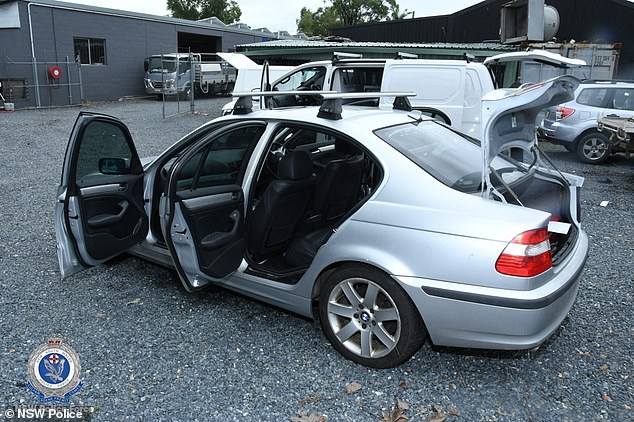 Frost and Grainger were refused bail on Tuesday at Tweed Heads Local Court.

Magistrate Geoff Dunleavy said the alleged abduction was ‘violent’ and there was sufficient evidence to support the police allegations.

‘Mr Stott was a primary school teacher at the College from 2018 and was a popular and well-regarded member of our community,’ the school said in a statement.

‘This is a very difficult time for the St Peters community and the College is offering support to Mr Stott’s family as well as staff, students and families.

‘Out of respect for Mr Stott’s family, and because this is now an active Police investigation, it is not appropriate for the College to make any further public comment.’ 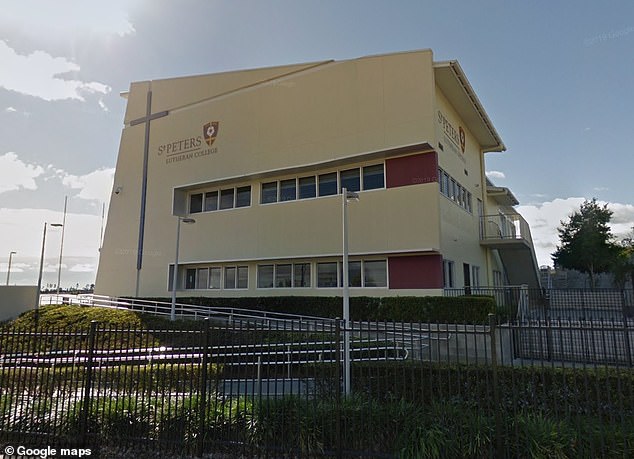