Teacher’s aide ‘only raped girl because of meth’: lawyer

The defense for a Missouri teacher’s aide accused of raping and murdering a 10-year-old girl said his client did commit the crime – but that the blame lies with drugs, not the killer.

Craig Michael Wood, 49, may face the death penalty for allegedly snatching fourth-grader Hailey Owens in broad daylight and in front of witnesses – something his attorney, Patrick Berrigan, says defies logic.

‘He has no disguise whatsoever,’ Berrigan, who blamed long-suppressed urges and methamphetamine for the February 2014 incident, said on Monday. ‘He doesn’t even have dark sunglasses.’ 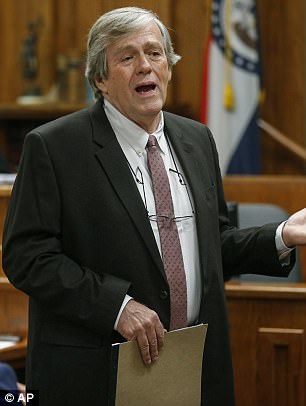 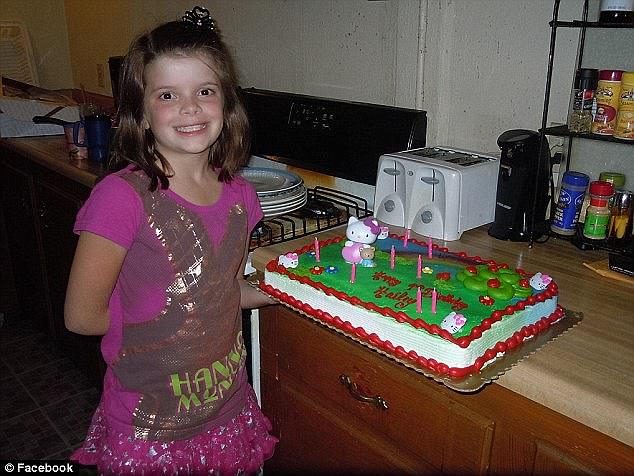 Killed: Hailey Owens, 10, died from a gunshot wound to the back of the head after being raped. Woods’ lawyer says his client was acting impulsively; Wood has pleaded not guilty

Although Wood has pleaded not guilty to the murder, Berrigan agreed with the basic facts outlined by Greene County Prosecutor Dan Patterson.

Several neighbors unsuccessfully attempted to rescue the 10-year-old girl, chasing the suspect on foot and by car.

Ownes’ body was later found inside two garbage bags inside a plastic storage tote in Wood’s basement, where the floor was still damp from bleach.

In his opening statement Monday, Greene County Prosecutor Dan Patterson told the jury the girl was discovered ‘folded up’ in the container, reported the Springfield News-Leader.

Patterson also said at the time of his arrest, Wood was holding a roll of duct tape that he tossed into his truck. 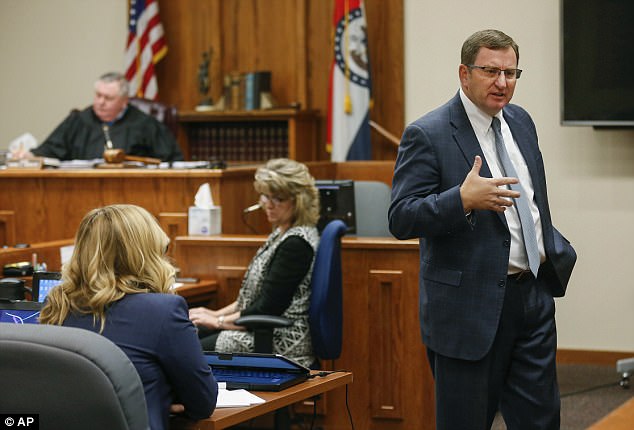 ‘Folded up’: Greene County Prosecutor Dan Patterson (right) told the jury in his opening statement Monday the girl was discovered ‘folded up’ in the container 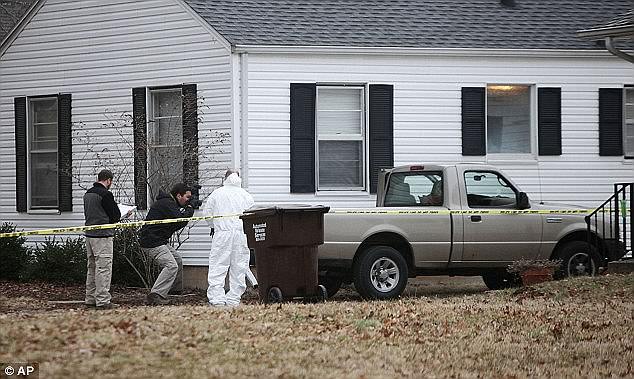 Body: Hailey’s body was discovered inside two garbage bags inside a plastic storage tote in Wood’s basement, where the floor was still damp from bleach

The court also heard from Michelle and Carlos Edwards, who testified as witnesses for the prosecution about their efforts to try and stop Wood from driving away with Owens.

Witnesses told police they saw a man – matching Wood’s description – abduct Hailey near her home in the 3200 block of West Lombard Street in Springfield shortly before 5pm on February 18, 2014. 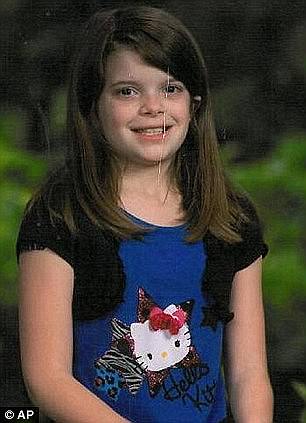 Hailey was grabbed in broad daylight in front of witnesses who identified Wood’s truck. Wood’s lawyer says that shows how impulsive it was, adding Wood didn’t even have disguise

They said the man approached her, asked her for directions and then pulled her into a 2008 gold Ford Ranger with Missouri tags.

Carlos Edwards told a News-Leader photographer in 2014 he saw the girl being abducted as he and his wife sat in the garage of their home.

Edwards said the suspect drove up and down the street several times before pulling up alongside the girl and asking her if she knew the location of Springfield Street.

She turned to walk away from the vehicle before the driver opened the door and said, ‘Hey come here a minute.’

Owens took a step or two toward the truck before the man lunged out of the vehicle and grabbed her.

Edwards said he tried to run after the truck as his wife got the license number and called 911. 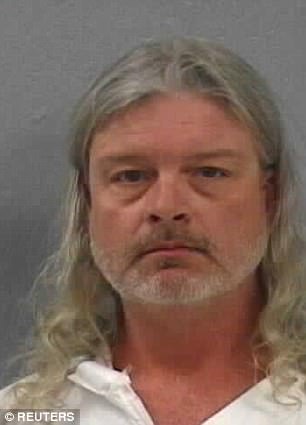 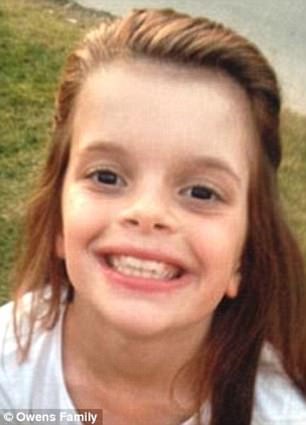 Coach: Wood was a 16-year football coach at a middle school in Springfield. He did not know Hailey, who was attending a different school

The following morning, Hailey’s body was found in Wood’s basement, along with a spent .22 caliber shell casing from the bullet the suspect had alleged fired into the back of the victim’s head. 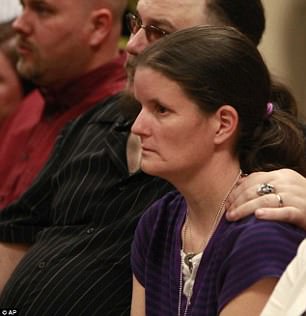 Hailey’s mother, Stacey Barfield, is pictured in court during Wood’s preliminary hearing in 2014

There was also evidence that her wrists had been tied, according to a probable cause statement.

A search of the suspect’s home turned up child pornography and more than a dozen guns, according to search warrants.

Wood was a 16-year football coach at a middle school in Springfield, about 160 miles southeast of Kansas City. He also worked as a substitute teacher and teacher’s aide overseeing suspensions.

He had limited criminal history, according to online court records. He pleaded guilty to possession of a controlled substance in 1990 in Greene County and was fined $100.

Wood also was convicted in 2001 for illegal taking of wildlife, a misdemeanor. Friends said Wood is an amateur bluegrass musician and hunter who never married or had children and whose parents raised show horses.