A middle school teacher has taken to Reddit to express his belief that children need to be taught ‘digital literacy’ in the wake of the Logan Paul scandal.

The YouTube vlogger, 22, posted a clip to his channel on December 31 that showed him and his friends discovering a  body in Japan’s Aokigahara Forest, which is known to be a frequent site of suicides.

The clip has now been removed by YouTube, but it had already racked up millions of views on his channel that boasts 15 million subscribers, before being taken down.

Learning curve: A middle school teacher has taken to Reddit to express his belief that children need to be taught ‘digital literacy’ in the wake of the Logan Paul scandal 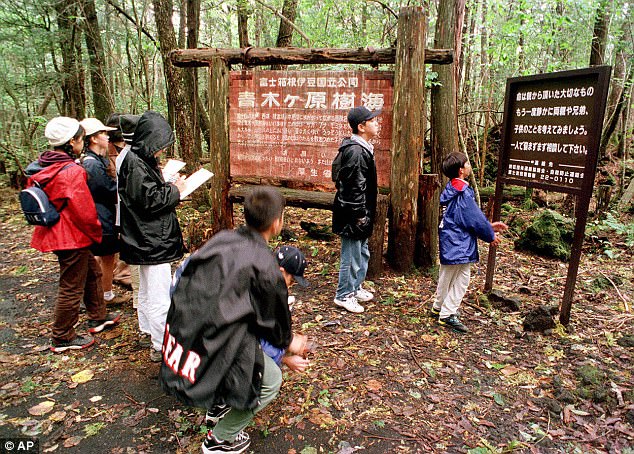 Controversy: The vlogger, 22, posted a clip to YouTube that showed him and his friends discovering a body in Japan’s Aokigahara Forest, a known site of suicides

Education: A middle school teacher has taken to Reddit in the wake of the scandal to express his belief that children need to be taught how to use the Internet in school

Citing YouTube’s decision to cut ties with Paul, the 25-year-old teacher explained that before the scandals, most 10-year-old’s ‘would proclaim themselves’ fans and as kids are a product of their environment, ‘you can hardly blame a 10-year-old for blindly following Youtube zeitgeist.’

He suggested that the biggest danger to children wasn’t YouTube or its content, but the ignorance of parents and authority figures who ‘underestimate YouTube’s cultural influence’.

He added: ‘Adults/teachers/coaches/parents need to inform themselves and be able to guide kids in open conversation about people like Logan Paul. Digital literacy needs to become standard curriculum in schools so that kids can actually gain the tools to safely and deliberately navigate social media.

‘Until this happens, there will be a huge gap between kids’ online lives and their lives in school. Asking a 10-year-old to close that gap themselves is absurd.’

The teacher also discussed how ‘digital citizenship’ – having the critical thinking skills to be a good, responsible human on the Internet- was also an important element that needed to be taught.

He wrote:  ‘In a perfect world, yes, parents should be involved in teaching their own kids these skills; however, that would leave many less privileged kids behind whose parents or guardians don’t have the resources/know-how/time to go about this.

The post quickly started getting attention, with hundred of Redditors taking to the comments section to air their views on the matter.

Redditor ilovethefall shared: ‘Reddit is suuuuch a double edged sword. There are amazing wonderful people who do amazing things and there are despicable, depraved, toxic morons who thrive on the misery of others. I have only been reading and using Reddit since 2010 but it’s certainly influenced how I view the world.’ 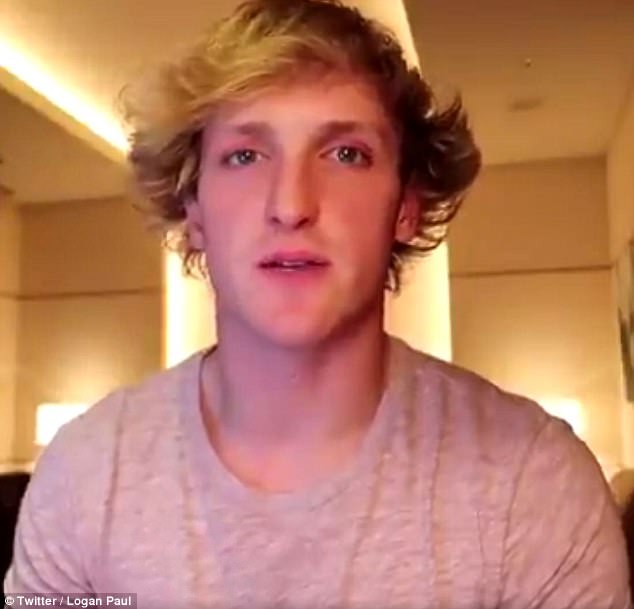 Apology: Logan Paul apologized to his fans of Twitter, sharing that it was his intention was to ‘raise awareness for suicide and suicide prevention’

Viral: The post has since gone viral with hundreds of Redditors taking to the comments section to agree with the teacher

Old fashioned: Another Redditor commented that most older teachers are stuck in the past and don’t know how to embrace technology in the classroom

Shocking: Another Redditor linked to a video of a child’s horrified reaction to the Logan Paul video, saying it was ‘sad’ to watch them get so upset

While meh100 typed: ‘I’m not one to keep children away from all negative images but the context definitely matters. A child’s first time seeing a real dead body being accompanied by an insensitive jerk commentating? That’s disturbing.’

And escapegoat84 added: ‘I graduated from high school in 2003. As recent as 2002 I can remember math teachers who wouldn’t even let students use calculators for algebra because “you might not always have access to technology”.’

However, a parent also took to the comments to argue that schools were not responsible for teaching children important life lessons.

‘I agree with your sentiment but disagree regarding a solution. What you are talking about doing is active parenting, not teaching,’ WVYVW wrote.

He also suggested that preventing children from having access to technology at a young age is damaging.

‘It’s like Sex Ed, too late is utterly useless,’ he added.

In a written apology posted to Twitter, Paul said his intention was to ‘raise awareness for suicide and suicide prevention’.

However, on Tuesday January 9, YouTube said it was looking at ‘further consequences’ after the posting of the video.