Kevin Courtney, joint general secretary of the National Education Union (NEU) said England’s school system is in the middle of a teacher shortage ‘crisis’ that needed pay rises to ease it

Teachers stepped up their demands for a 5 per cent pay hike today after the Government authorised billions in extra pay for NHS staff.

Union leaders said the move increases pressure on the Treasury and Department for Education (DfE) to find the funds to boost wages from this September.

Kevin Courtney, joint general secretary of the National Education Union (NEU) said England’s school system is in the middle of a teacher shortage ‘crisis’, and that pay increases are needed to help deal with the issue.

The Government has said it will now accept recommendations from independent pay review bodies that suggest pay rises higher than the 1 per cent cap imposed seven years ago.

Mr Courtney’s comments come as teachers raised the prospect of walkouts over pay in a resolution due to be debated by the National Union of Teachers (NUT) section of the NEU at their conference this Easter.

What is the pay deal which has been offered to NHS staff?

The Government has made an offer to lift the 1 per cent pay freeze for NHS staff.

The offer gives NHS staff between 6.5 per cent and 29 percent pay rise over the next three years.

Hospital caterers, cleaners, porters and other staff on the lowest pay grade would get an immediate pay rise of over £2,000 this year.

Some 100,000 people are expected to benefit from this change.

This is an increase of between 11 and 13 per cent.

Unions have agreed to a fleet of reforms in exchange for the pay rise.

So staff have agreed to try to boost health to cut sickness rates in the NHS – which are around a third higher than the public sector average.

And smaller incremental pay rises will be scrapped and staff given bigger hikes less often.

Pay will go up hand in hand with a worker’s skills.

Employees will also have a renewed focus on professional development – boosting skills in the NHS.

Today’s pay deal does not cover doctors or dentists, who negotiate pay separately to other workers.

Mr Courtney said that the NEU believes it is a ‘good thing’ that the Government is now moving away from the 1 per cent cap on public sector workers’ pay and has committed to funding the increase.

‘The fact that this is a pay rise that’s more than 1 per cent, that is funded, puts pressure on the Department for Education and the Treasury to find the money, and also on the School Teachers Review Body.’

The NEU, along with several other teaching unions, have called on the STRB, which recommends pay increases for the teaching profession, to recommend a 5 per cent pay rise for teachers from this September, fully funded by Government.

It also said it is ‘essential’ that teachers’ pay levels attracted high-quality graduates to the profession.

The report said better pay helps retain experienced teachers and rewards those that take on extra responsibilities and leadership roles.

The report concluded that increases of more than 1 per cent would be needed in the future to make pay competitive for teachers at all stages of their careers.

Mr Courtney said that since the report was published, issues with recruitment and retention had worsened. 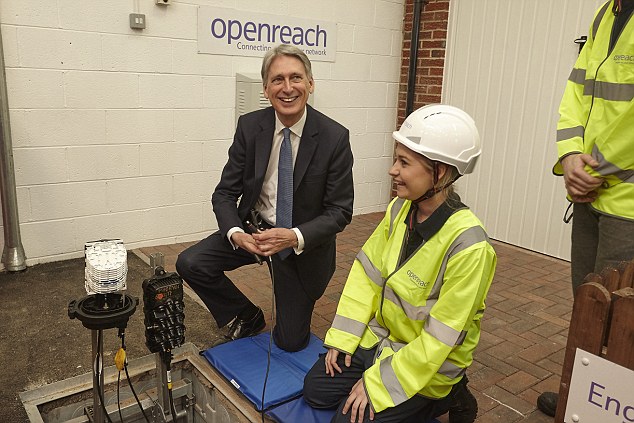 ‘We think we are in a crisis with teacher recruitment and retention, and if they don’t act, the crisis will turn into a catastrophe.’

A motion due to be heard by the NUT section of the NEU at its annual conference warns that teachers’ pay has fallen by 20 per cent in real terms since 2010.

It calls for the union to be prepared to ballot members for strike action over their pay demands, if polling suggests that would be enough support among members to pursue industrial action.

The NUT has recently merged with the Association of Teachers and Lecturers (ATL) to form the NEU.

If the motion is approved by NUT members, it would need to be put forward to the NEU’s joint executive council who would decide whether it should be taken forward. 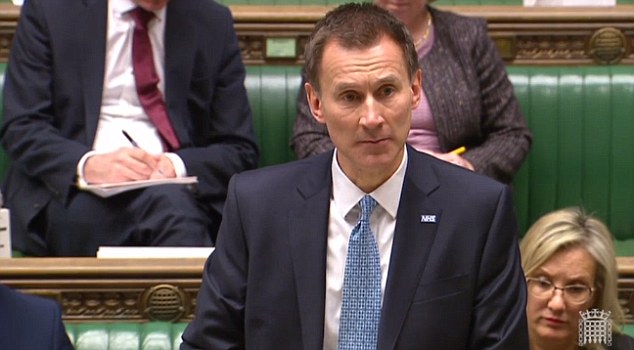 Health Secretary Jeremy Hunt (pictured in Parliament today) today outlined the NHS pay deal to Parliament, he said it ‘recognised the public appreciation for just how much they have done and continue to do

Union only handed its own staff 1.5 per cent for past three years

A trade union demanding all public sector workers get a five per cent pay rise has only given its own staff 1.5 per cent increases in each of the past three years, it can be revealed.

But PCS, which is the country’s largest civil service trade union, has rewarded its own employees with annual rises not exceeding 1.5 per cent since 2014 according to its annual financial report.

The revelation is embarrassing for PCS general secretary Mark Serwotka who picks up a £120,000 total remuneration package himself.

PCS tweeted: ‘Thank you to shadow chancellor John McDonnell for supporting the PCS pay claim for a fully funded five per cent pay rise for all.’

Other Labour frontbenchers to back the campaign include party chairman Ian Lavery, shadow communities secretary

The union’s 180,000 members include customs and immigration officials, as well as court workers.

Last night a union spokesman said that its employees had their pay increases linked with those of its members.