The Met has hit back after a black Team GB sprinter and her partner accused them of ‘racial profiling’ for pulling over their Mercedes and said their luxury car was ‘on the wrong side of the road’, with ‘blacked out windows’ and ‘made off at speed’ when they tried to pull them over.

A video of Ms Williams and Portuguese sprinter Ricardo dos Santos, 25, who is also her partner, being stopped and handcuffed by police in front of her three-month-old baby was shared on social media by their trainer and Olympic champion Linford Christie.

Ms Williams has slammed the police for ‘racial profiling’ – but the Met insists there is no evidence of misconduct on the part of its officers, and justified the incident saying the car had ‘made off at speed’ and was ‘travelling on the wrong side of the road’. The Mercedes also had ‘blacked out windows’, which are only illegal in the UK if they let less than 70 per cent of light through. 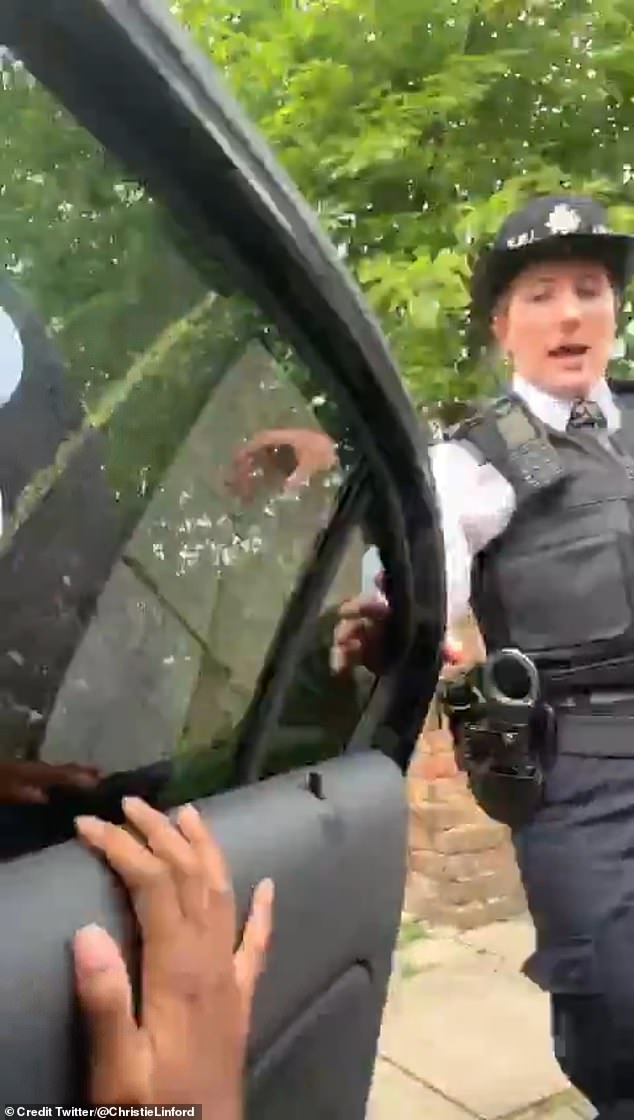 ‘They think he’s driving a stolen vehicle, or he’s been smoking cannabis.’

She added: ‘It’s racial profiling. The way they spoke to Ricardo, like he was scum, dirt on their shoe, was shocking. It was awful to watch.’

The video, shared on Saturday, was captioned by Mr Christie with the note ‘racist police aren’t just in America’. 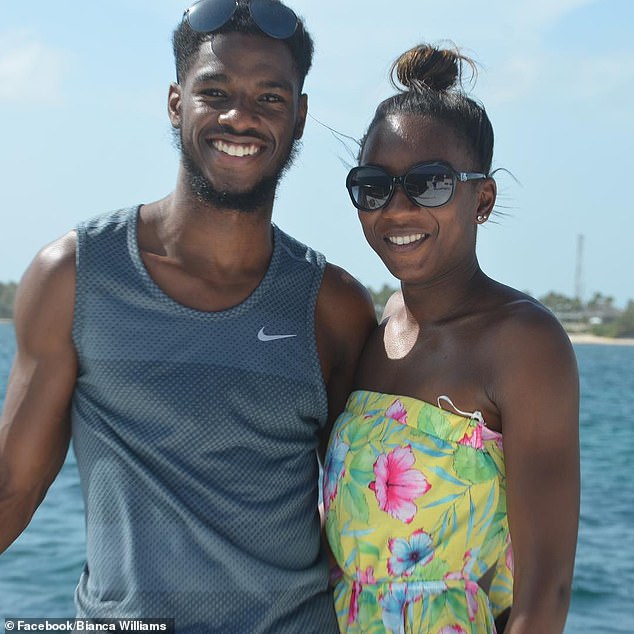 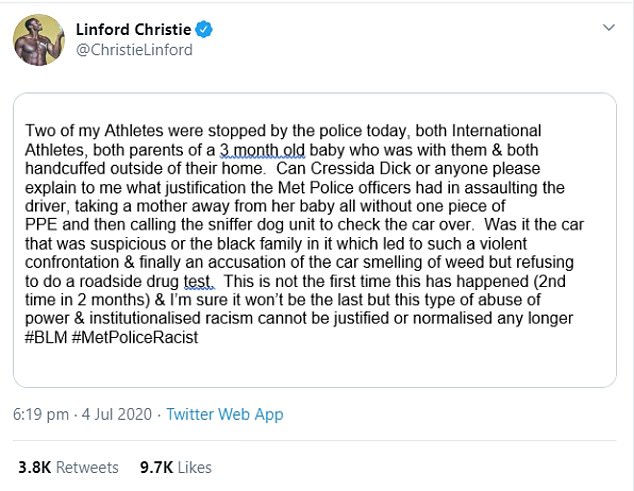 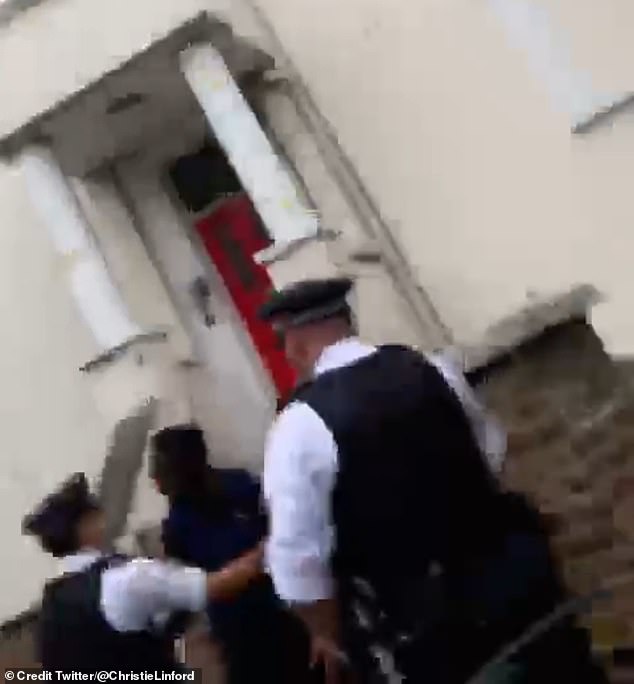 In a message addressed to the Met Police, Mr Christie wrote: ‘Two of my athletes were stopped by the police today, both international athletes, both parents of a three-month-old baby who was with them and both handcuffed outside of their home. 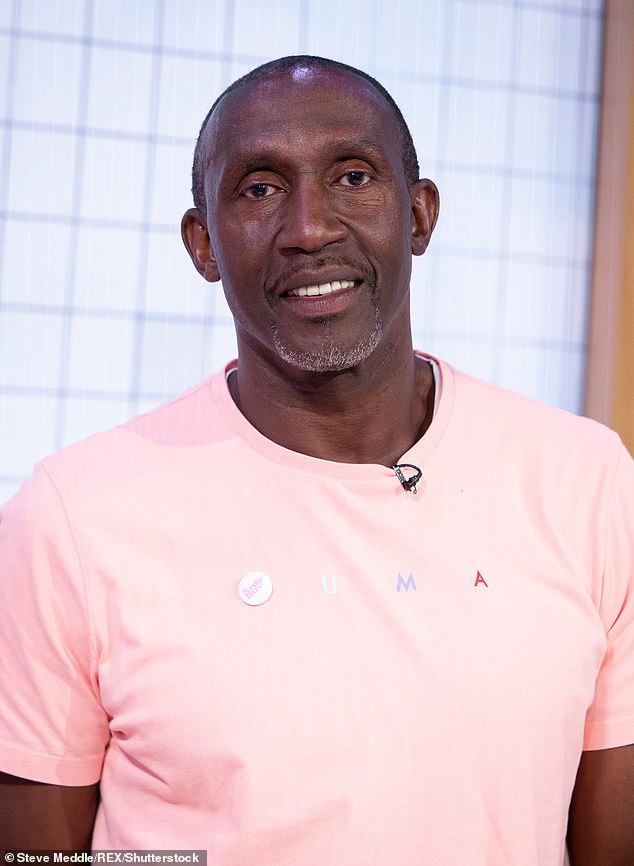 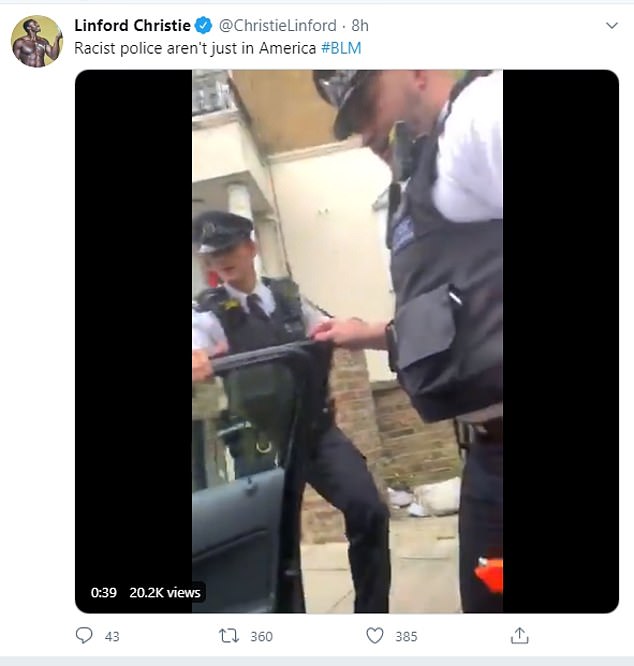