The best display by a British Olympic swimming team came in a 100m outdoor pool on an athletics field in London.

Henry Taylor, a cotton mill worker who trained in a canal, was the home hero then, claiming three of his country’s four golds at the White City Stadium in a swimsuit made of hand-woven silk.

Since then, 113 years and 24 Olympics have passed and Team GB have never been able to match the seven swimming medals won at London 1908, their best effort being the six they secured at Rio 2016. 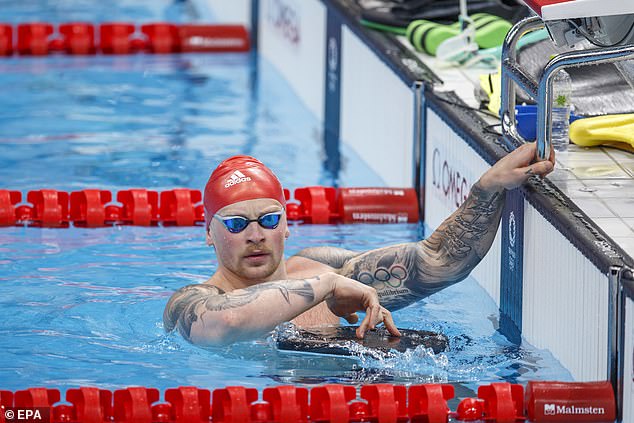 But according to the boss of the British team in Tokyo, that 113-year-old record could finally be broken at the newly-built but empty Aquatics Centre, where the ultra-professional Adam Peaty is expected to take on amateur Taylor’s starring role.

‘In 1908, there was no female swimming and it was a 100m pool stuck in the middle of athletics, so I don’t think we can really compare 1908 to now,’ laughs British Swimming performance director Chris Spice. ‘But the numbers are the numbers — and if we swim well, I’m sure we can do it.

‘We set our sights high. The last five or six years have been the most successful years in our history and we want to build on that. We don’t want to go backwards. We want to absolutely do better than we did in Rio. That very much drives us in the background.’ 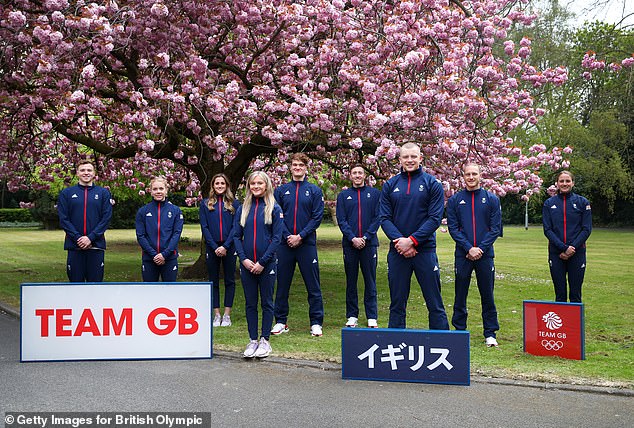 The pool programme gets underway on Saturday morning, with world record holder Peaty starting the defence of his 100m breaststroke title in the heats ahead of what is seen as a certain gold medal in Monday’s final.

‘He is a phenomenal athlete, a phenomenal champion,’ Spice tells Sportsmail. ‘The way he conducts himself, his attention to detail, his dedication to training is infectious for the rest of the team.

‘You can see our youngsters at training watching how he trains. He is just an inspiration. He is a leader in more ways than just swimming fast in the pool.’

Peaty is expected to come away with three medals here in Tokyo as he also swims in the 4 x 100m men’s and mixed relays, for which Team GB are among the favourites.

But Duncan Scott is in the hunt for five, with three relays to go with the 200m medley and 200m freestyle, where he is tipped for a place on the podium. 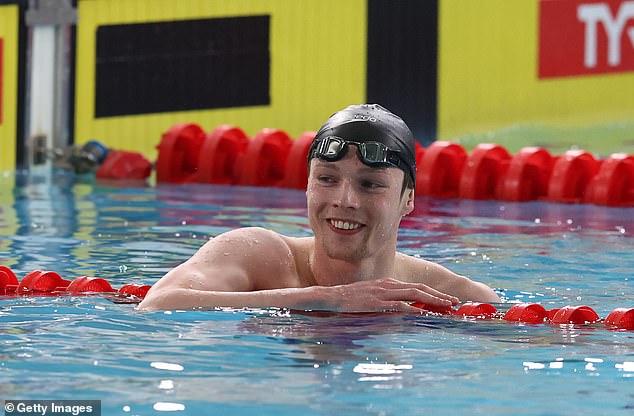 Duncan Scott is eyeing up five medals this summer, including in the 200m freestyle

There is, though, some concern among British swimmers that cheats could prosper at these Games because the level of drug testing across the world was reduced at the height of the pandemic.

But Spice adds: ‘I don’t spend a lot of time thinking about it because whoever stands on the blocks, we’ve got to beat them anyway, whatever has happened.

‘People will have a view over whether it’s good, bad or otherwise. We have just been focusing on ourselves. We know we are in good shape, and whoever turns up, we want to beat them.’ 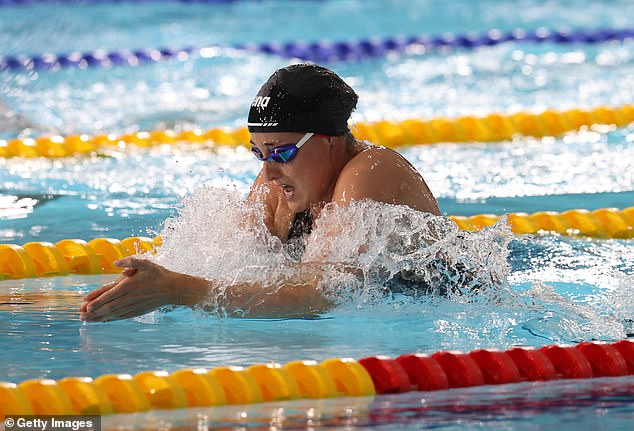