Los Angeles mom Anni Manukyan was hospitalized with shock after she was told, eight months after a failed round of IVF, that she had a weeks-old son in New York.

Her doctor at CHA Fertility Center in Los Angeles, flanked by a psychologist, explained on April 12 that a Korean-American couple, also patients at CHA, had accidentally received one of the embryos that Anni and her husband Ashot had on ice.

The New York couple had given birth to their son, prematurely, on March 31, alongside another baby boy – at first assumed to be a twin, but later found to be the biological son of a third, unrelated couple whose embryo was also wrongly implanted.

The mix-up was quickly spotted because the boys were not Asian – and the Asian couple had expected girls, since their embryos were female – so CHA surreptitiously called in all of their patients for a DNA test in the form of a cheek-swab, passed off as a ‘routine’ annual data collection.

As Anni and Ashot digested this information – that a complete stranger had carried and delivered their son, and had been with him for two weeks already – the doctor allegedly said: ‘Don’t worry, you will probably get your son back.’

They quickly discovered that the New York couple, identified only as YZ and AP, intended to fight for custody of the boys, triggering a weeks-long court fight that ended on Mother’s Day weekend, when Anni and Ashot met their son, who they named Alec, for the first time in the lobby of a hotel.

Los Angeles mom Anni (left) was hospitalized for two days as she fought to regain custody of her weeks-old son, who was born to another woman in New York following an IVF mix-up 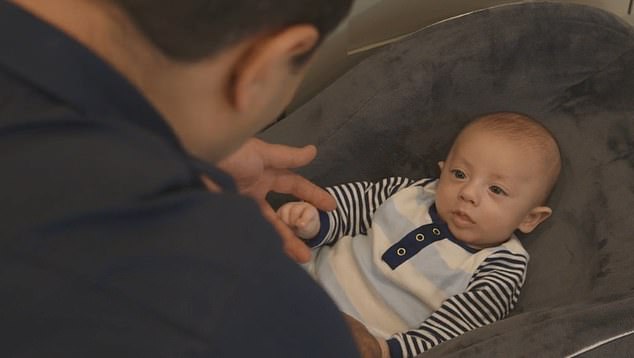 Alec, pictured with Ashot, finally returned to Los Angeles at the end of May after a six-week court battle over his custody. He was born prematurely in March to a Korean-American couple who accidentally received his embryo

According to a lawsuit Anni and Ashot filed against the clinic on Wednesday: ‘Their anxiety was unbearable. Anni developed a stress-related illness that was physically very painful. She was admitted to hospital, where she stayed for two days. Both Anni and Ashot began to see psychologists to help grapple with their stress and worry.’

New York has tight custody laws for gestational carriers, which required some legal gymnastics to get around.

In the seven weeks between learning of the mix-up and reclaiming baby Alec, Anni and Ashot said they were not allowed to know anything about their son, or the couple raising him – nor anything about his pre- or post-natal nutrition, care, or progress.

When they were finally able to file their petition in mid-May, they flew to New York and spent 11 days waiting for a verdict.

When it came in, Anni collapsed in the court room.

The couple, who married in 2007 and have a seven-year-old daughter, said they still cry every day.

‘I will never be the same person again,’ Anni said.

‘I have trust issues now, I have barriers up everywhere,’ she went on, adding that she’s ‘just not ready’ to consider whether she has another child out there.

‘We’re just trying to bond with our baby.’

Ashot said: ‘CHA put three families through a living hell, and our lives will never be the same. We fought to get our boy back, and now we will fight to make sure this never happens again.’

The third family involved has not yet filed a lawsuit or been identified.

The New York couple was the first to file a case against CHA Fertility Center, seeking damages to cover their emotional loss and the $100,000 they spent on their care and travel. 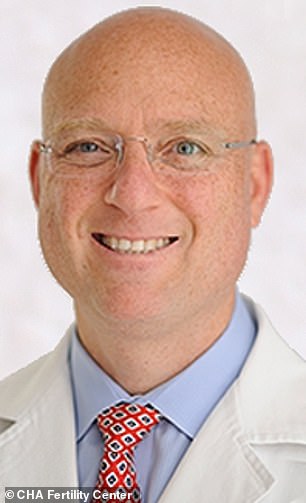 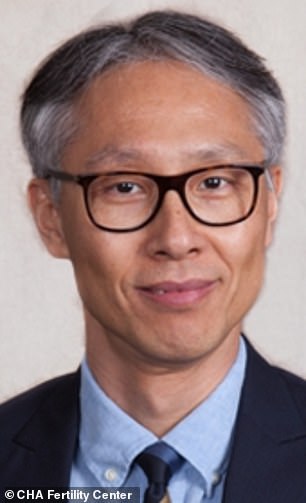 Dr. Joshua Berger, the co-owner of the clinic (left), and Simon Hong (right), the clinic co-owner, are named in the lawsuit

After initially fighting to keep the two boys, they graciously gave up Alec, Anni said. (It’s not clear what happened to the other boy).

‘I pray for her every day,’ Anni said, referring to the Korean-American New York mom who carried Alec.

‘She was a victim of this as much as I am. She’s a lovely lady. She raised my baby inside of her and after he was born.’

The Korean-American couple, who identified themselves only as YZ and AP in a lawsuit they filed against CHA last week, married in 2012, and struggled to conceive for years before turning to IVF.

After plenty of research, they found CHA Fertility Center, which they had been assured was one of the top clinics in the country, according to their lawsuit.

As is the case for all couples embarking on eye-wateringly expensive fertility treatment, they were desperate, but they were happy with co-owners Dr Joshua Berger and Simon Hong after their meeting.

They embarked on the months of treatments – hormones, vitamins, test after test – to yield eight embryos, which is shy of the recommended 12, but an acceptable number.

Their care and travel totaled $100,000.  The average cost of one cycle of IVF is $12,000 plus up to $3,000 for the medication, though research shows couples rarely yield enough embryos on the first try.

Their first attempt at implantation in July 2018 failed. In August, the couple decided to try again, thawing two of their female embryos. And it was a success: they were pregnant with twins in September.

According to court papers, the couple were ‘confused’ when sonograms showed twin boys, because they had only fertilized female embryos.

Berger and Hong tried to reassure the couple, saying that sonograms were ‘not a definitive test.’

Then, they delivered two white boys.

Over the next few days, CHA scrambled to get

The lawsuit says that the couple were victims of an ‘unimaginable mishap’ – so much so that they ‘could not find the courage and the way to tell others about their devastating loss.’

The ordeal has left AP and YZ with ‘permanent emotional injuries from which they will not recover,’ according to the lawsuit. They ‘may never know what happened to their embryos, as well as whether the currently cryopreserved embryos are genetically matched to them,’ court papers state. They are seeking unspecified damages.

The clinic is not commenting on the matter, and the third couple has not spoken out.

CHA refuses to comment on what happened, though they confirmed that all of the couples confirmed were in the clinic on August 20, 2018 for their implantation.

Their attorney Adam Wolf, of Peiffer Wolf Carr & Kane, said: ‘This incredible series of events demonstrates CHA’s shocking incompetence. While I have handled hundreds of cases of fertility-center misconduct, this tragedy at CHA is among the most egregious I have seen.

‘Anni and Ashot put all their faith and trust in CHA. In return, CHA gave Anni and Ashot lies, excuses and heartbreak. We will not rest until this multinational corporation is held accountable.’

He added: ‘It’s fair to assume there are far more fertility clinic tragedies that happen than we know.’