A staffing and recruitment company has apologized after posting a job listing which said the ideal candidate would be ‘preferably Caucasian’.

Cynet systems posted the ad earlier this month on LinkedIn.

It was for a mid-level account manager to work in Tampa, Florida, and asked for someone who was ‘preferably Caucasian who has good technical background’.

The ad was picked up by a Twitter user who shared it online and slammed the company for its racist requirements.

‘How could you POSSIBLY think that’s okay?’ she said.

It apologized afterwards saying that the people responsible had been fired.

It has not offered an explanation for why they posted it in the first place.

‘We understand why some may have been upset seeing this listing, because we were too. 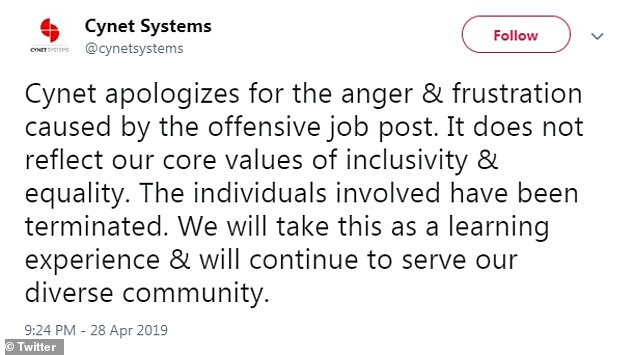 Cynet apologized in a tweet and the company told DailyMail.com it was ‘upset’ by the ad but it has not explained why it was ever written 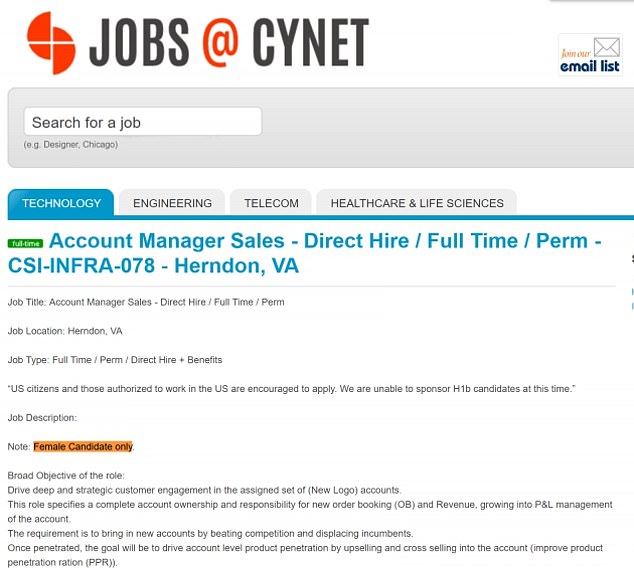 ‘It is a long-standing policy for our company to refuse any request to list jobs only seeking candidates of any specific ethnicity, gender, or other inappropriate restrictions, and we will turn clients down if they demand requirements of this type be included,’ a spokesman said.

The company did not respond to questions about a different job ad, posted for an account manager in Herndon, Virginia, which included the note: ‘Female candidate only.’

The wording of that job listing, which is on the company’s website, has now been changed.

The company is based in Virginia but operates across the country. 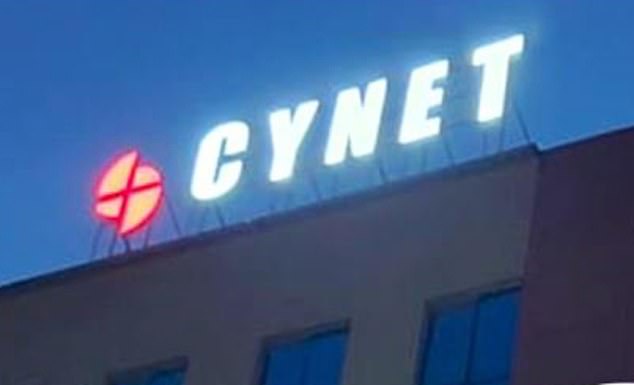 Cynet is an IT staffing and recruitment company based in Virginia