Ted Cruz rips ‘leftist, chronic liar’ ex-CBS anchor Dan Rather on Twitter for saying federal court halting Biden’s vaccine mandate was an ‘attack on safety and welfare of the nation’

Republican Texas Senator Ted Cruz took aim at veteran journalist Dan Rather on Saturday, sending out a caustic message after the newsman lambasted a federal court for holding up a stay on President Joe Biden’s sweeping vaccine order.

It was just hours after the Fifth Circuit Court of Appeals ruled that the president’s mandate for private businesses employing 100 or more people was ‘staggeringly overbroad’ and upheld an emergency order halting its implementation.

‘Hey. Let me fix that headline for you,’ Rather wrote.

He suggested instead: ‘Federal appeals court halts important public health measure delivering the safety and welfare of the nation a major blow.’

The next day Cruz, who often uses his Twitter to call out political opponents with searing jabs, replied to Rather’s tweet with, ‘Hey. Let me fix that headline for you.’

‘Federal appeals court upholds the rule of law. Leftist news anchor who was fired for chronic lying laments that the Constitution remains in force,’ Cruz wrote. 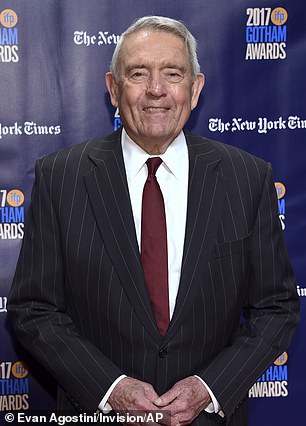 Rather’s long, award-winning career included a 24-year tenure as anchor of CBS Evening News, but was plagued by accusations of partisanship dating back to his coverage of the Nixon administration.

The 90-year-old retired from CBS in 2005 after a scandal that saw one one of his top producers fired and forced three others to resign.

In 2004 Rather aired a report about George W. Bush’s time in the Texas Air National Guard , the basis of which were a series of alleged memos that painted his military service in a highly critical light.

After the memos were published online a number of internet sleuths and the Bush administration claimed the documents used were faked.

CBS retracted the story after the source for the memos was found to have misled the network.

At the time Rather stated, If I knew then what I know now, I would not have gone ahead with the story as it was aired,’ though he told Larry King three years later that ‘nobody has proved they were fraudulent.’ 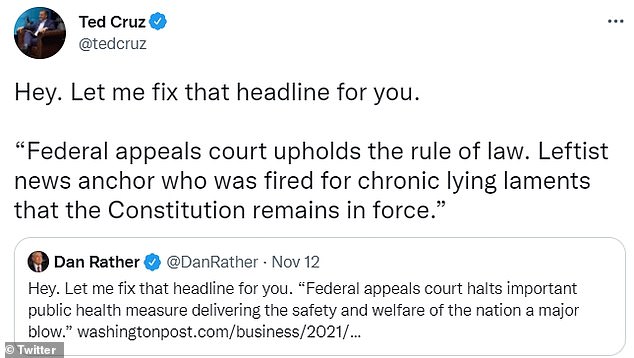 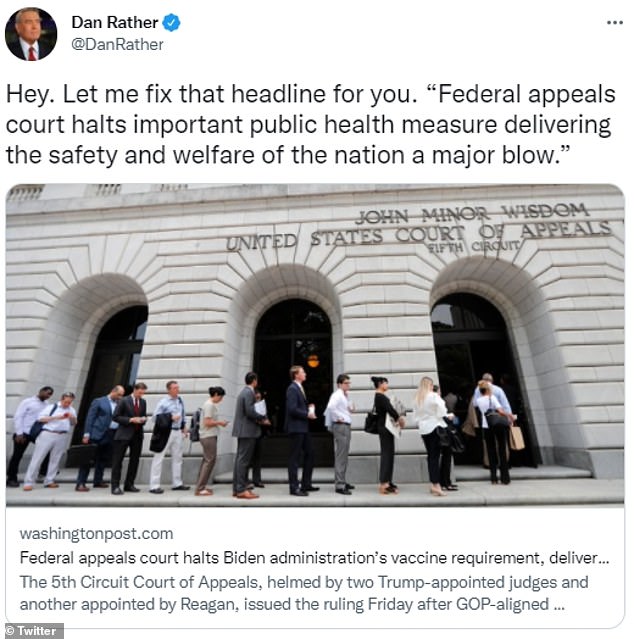 He filed a lawsuit against CBS and its parent company Viacom in 2007 though it was thrown out by a judge.

Years after the incident, he told interviewer Bill Maher that he was fired for reporting on Bush going AWOL while in the military.

But over the weekend Cruz wasn’t the only Texas Republican celebrating Biden’s setback.

The Texas Attorney General’s office, one of the attorneys general that petitioned the court for the emergency action, tweeted ‘WE WON!’ after the ruling was issued.

‘Litigation will continue, but this is a massive victory for #Texas and for FREEDOM from Biden’s tyranny and lawlessness,’ the official account for Ken Paxton’s office tweeted. 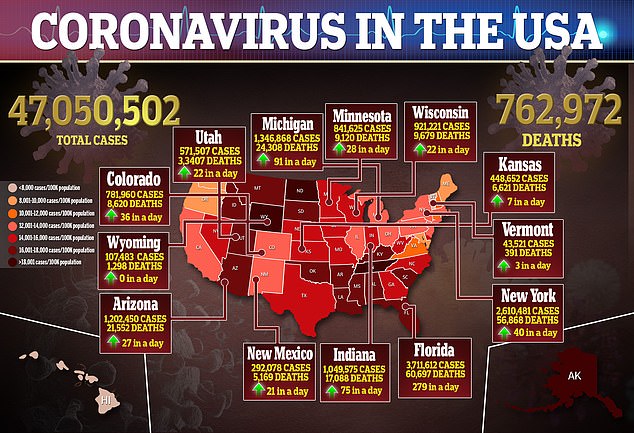 ‘Employees don’t have to choose between a job or a jab.’

In September Biden announced a set of vaccine orders covering roughly one-third of the entire US workforce.

He directed the Labor Department’s Occupational Safety and Health Administration (OSHA) to enact a rule for companies with 100 or more employers to ensure their staffs were fully vaccinated by January 4, and mandatory weekly testing as well as mask requirements for those who still were not.

At least 27 states have filed legal challenges in at least six federal appeals courts after OSHA released its rules on November 4.

The federal government said in its court filings Monday that the cases should be consolidated and that one of the circuit courts where a legal challenge has been filed should be chosen at random on November 16 to hear it.