Teen, 14, pretends to be a police officer to steal a legally blind man’s wallet in the subway

A wily 14-year-old boy who posed as a New York City police officer while snatching a legally blind man’s wallet in a Manhattan subway station on pretense of helping him was arrested on Sunday.

His mother turned the baby-faced youth in to police nearly a week after authorities said he fled the subway station at 34th Street and Eighth Avenue, near Macy’s, leaving his victim behind.

On May 14, police said he approached the 64-year-old man, identifying himself as an officer and offering to lead him through the station and past a turnstile to his train.

Surveillance video shows the man standing quietly as the teenager unzips his backpack and takes the wallet.

The boy then bolts out with the wallet, which police said contained $85 cash and several credit cards.

One card was charged $500 at a nearby store, police determined during an investigation that is ongoing.

Authorities released the video with the victim’s face blurred out and several still images that led to Sunday’s arrest.

Though he looks younger than 14, judging by his face, police estimate the suspect is about five feet, five inches tall and weighs a hefty 150 lbs. 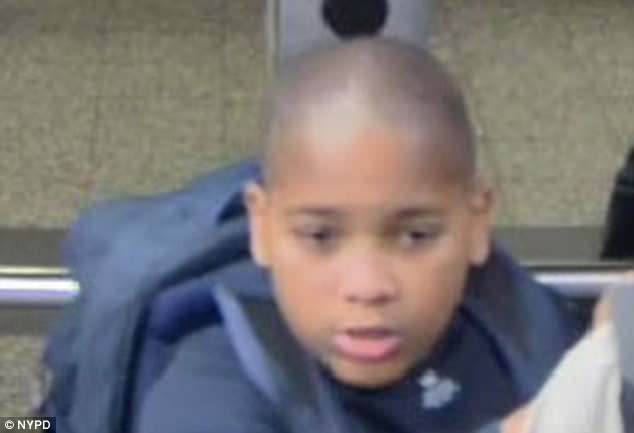 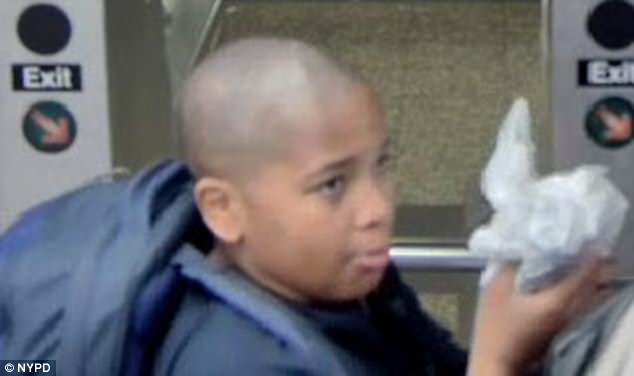 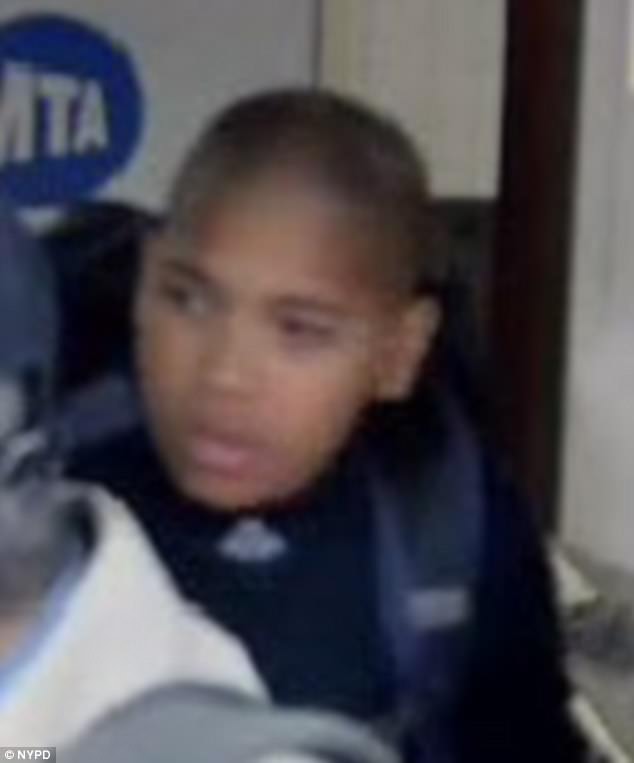 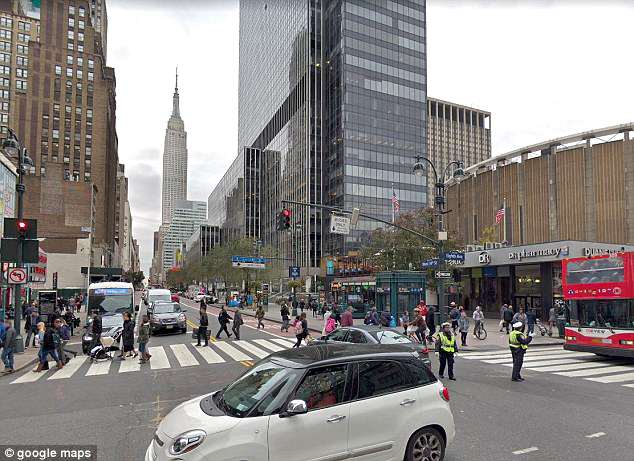 In the video, he is wearing a dark blue shirt, black and white pants, boots and has his own backpack strapped on.

The teenager’s name was not released because of his age. The victim was not named either.

The boy faces charges of grand larceny and criminal impersonation of a police officer.

It was not immediately clear if the young suspect had an attorney, or whether he has been arraigned, appearing in court to admit or deny the alleged offense.