Teen, 17, ‘grew jealous and beheaded high school classmate after he saw him talking to girlfriend’

Massachusetts prosecutors said a 17-year-old teen decapitated a classmate two years ago because he suspected he was romantically involved with his girlfriend at the time.

The young girl testified on Monday that Mathew Borges was consumed by rage and jealousy when he saw her talk with Lee Manuel Viloria-Paulino at Lawrence High School in the Boston suburb of Lawrence.

Borges accused her of flirting with Viloria-Paulino, she testified.

She said that Borges was so angry that at one point the school dean had to escort him from the cafeteria, WBTS-TV reported.

The trial of Mathew Borges (above), 17, got underway Monday in Lawrence, Massachusetts 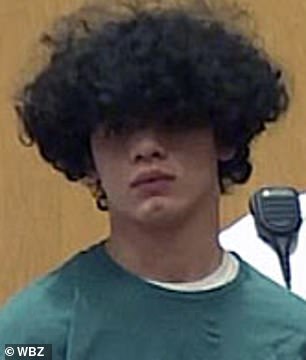 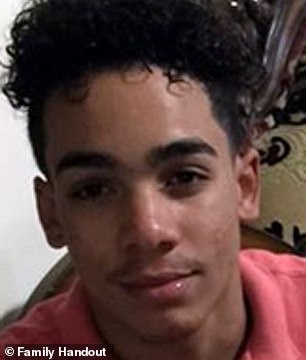 Borges was 15 years old when he allegedly killed fellow student Viloria-Paulino, beheaded him, cut off his hands, and then dumped the remains in the Merrimack River in November 2016.

Viloria-Paulino, 16, and Borges went to the riverbank to smoke pot.

His family reported him missing the next day, according to WCVB-TV.

Viloria-Paulino’s body was found in December 2016 by a woman walking her dog, according to MassLive.

During opening statements of the trial on Monday, James Gubitose, the Essex County assistant district attorney, read a text message that Borges allegedly sent to a female friend.

‘I think of killing someone and I smirk,’ the text message read. 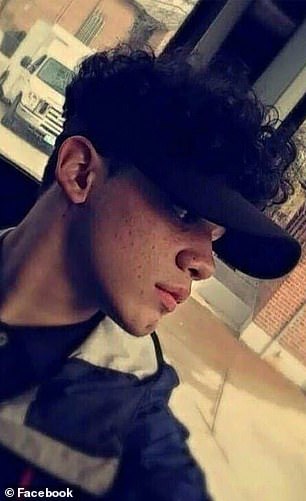 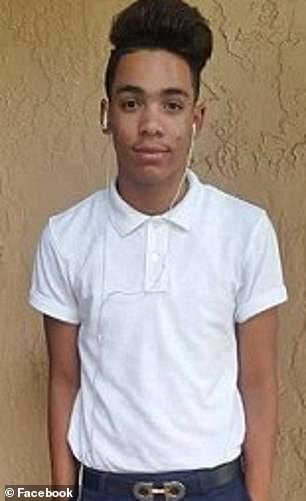 Borges’ girlfriend at the time testified on Monday that he grew enraged when he saw her talk to Viloria-Paulino at school. Borges is seen left. Viloria-Paulino is seen right

‘It’s all I think about everyday but I control myself…I like the sound of it – the idea of causing pain in someone getting in my way or causing me pain.’

Prosecutors say that Borges told other teens who were later interviewed by police: ‘I killed him. He’s dead.’

Borges is allegedly seen on surveillance video walking toward the river with Viloria-Paulino on the night of his death.

Prosecutors allege that a note found by investigators reveals how Borges planned to carry out the crime.

‘Go chill with him in his crib alone… bring duffel bag, wear bags on shoes, wear clothes you don’t care about,’ the note allegedly read. 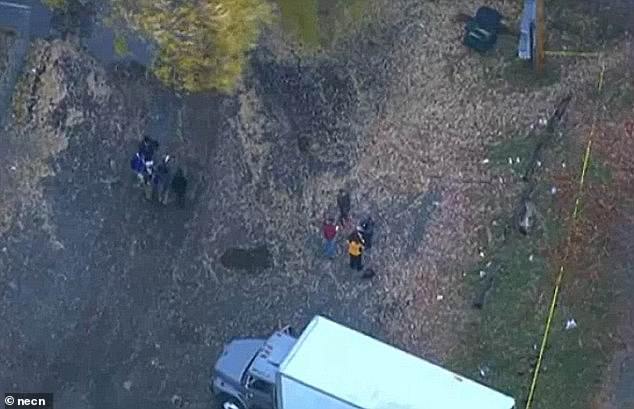 But Borges’ attorney, Ed Hayden, said the text messages and the note cited by prosecutors do not prove that his client is a killer.

Hayden said that Borges broke into Viloria-Paulino’s home, but he did not kill him.

The text messages that prosecutors cited were ‘loaded with the f-bomb the n-word weed and sex. That’s what that group chat was about,’ Hayden said.

‘In these thousands of texts and messages there is no evidence that Matthew killed Lee.

‘Anything incriminating is referring to the house break.

‘There is nothing in all these messages.’

Borges is being tried as an adult for first-degree murder.