Teen accused of fatally pushing his mom out mansion window

A teenager from Michigan is to face murder charges after he allegedly pushed his mother out of a second-story window to her death.

The 16-year-old boy, whose identity has not been released, was arrested for killing his mom, Nada Huranieh, who worked as a personal trainer.

Huranieh, 35, was found dead on Monday on the patio outside their mansion in Farmington Hills, a prestigious neighborhood 20 miles northwest of Detroit.

Nada Huranieh, 35, who worked as a personal trainer was found dead on Monday on the patio outside the mansion she shared with her three teenage children

Huranieh, who was separated from her husband and in the midst of divorce, lived with her 16-year-old son and two daughters, 14 and 12 years old.

WDIV reports authorities responded to the scene around 6:40 a.m. Monday after receiving a call about a woman who suffered an accident.

Paramedics arrived and attempted CPR on Huranieh but were unable to save her life.

‘No one has been charged yet but we are treating this as a murder investigation and her son is in custody in connection with this,’ Farmington Hills Police Chief Charles Nebus told the Detroit News. 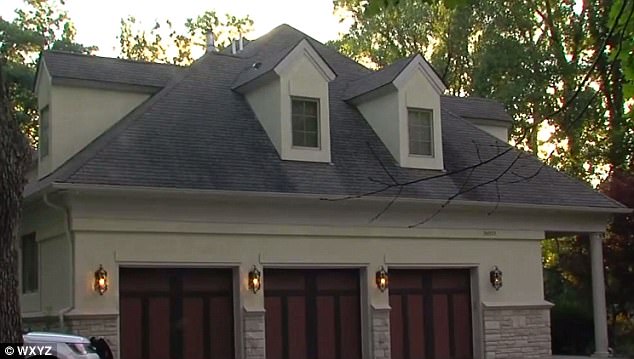 The 16-year-old son was taken into custody at Oakland County Children’s Village, a juvenile detention center in Farmington Hills and is scheduled to appear in court August 31.

Huranieh had been a fitness trainer at the Franklin Athletic Club since January. She taught three classes specializing in weight loss, balance and stability, muscle toning and strength, according to her personal trainer profile.

Huranieh’s estranged husband, Bassel Altantawi, was arrested last year and charged in a Medicare fraud case. Both were scheduled to give cross-depositions in the pending divorce case this week, according to Huranieh’s attorney, Robert Zivian who described his client as a ‘lovely woman.’ 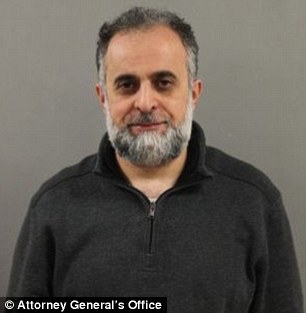 ‘When I heard she died, the impression was it was some form of an accident – a fall down stairs or from a window,’ said Zivian to the Detroit News. ‘Certainly nothing that possibly involves a family member. We need to know more but this is shocking.’

A number of people who took part in Nada’s gym classes posted glowing tributes to the mom of three on Facebook.

‘Nada was a kind and beautiful friend, always with a friendly and encouraging word. There was no one at the gym who greeted me as warmly as Nada did, every single time she saw me. Her death is tragic and her memory should be for a blessing,’ wrote one member.

‘Nada was more than a trainer-she was an inspiration!! She had a way of making everyone feel special and empowered to achieve goals you didn’t even know that you had. I feel that I’ve lost a friend,’ said another.