Teen arrested on suspicion of murder after double stabbing

A 19-year-old has been arrested on suspicion of murder following a double stabbing in the early hours of this morning.

Emergency services were called to Cambourne, Cambridgeshire, at around 12.35am on Saturday following reports that two men had been attacked.

The incident took place near The Monkfield Arms, where a Halloween party had been taking place.

A 30-year-old man was pronounced dead at the scene, while the other victim in his twenties was rushed to Addenbrooke’s Hospital. His injuries have been described as serious but not life threatening.

A police cordon is in place outside The Monkfield Arms, where two people were stabbed in the early hours of this morning 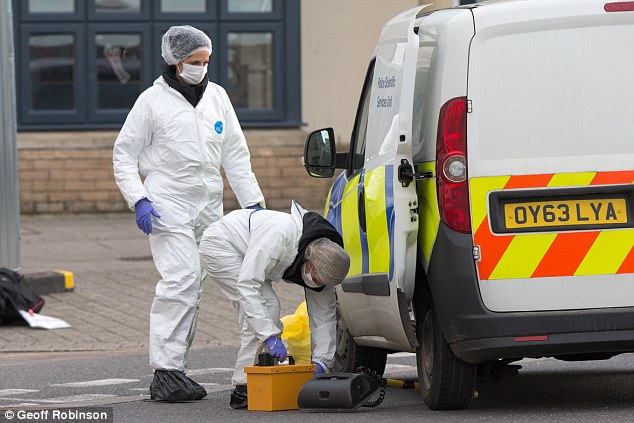 Officers confirmed that a teenager from St Neots had been arrested on suspicion of murder.

The suspect was treated at hospital for minor injuries but is not in police custody where he is being questioned.

Two men, believed to be friend with the victim who was killed, were detained by police after they became agitated at the scene. 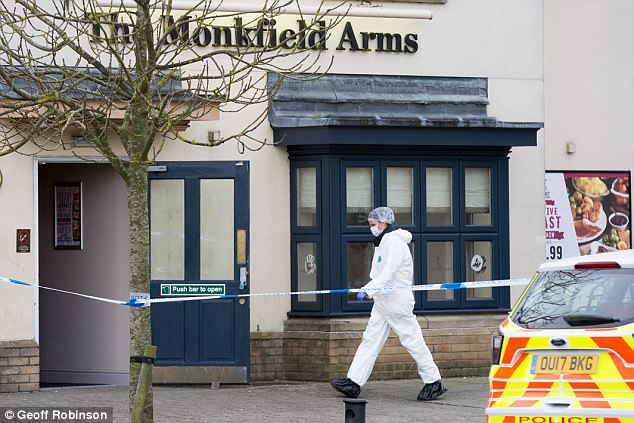 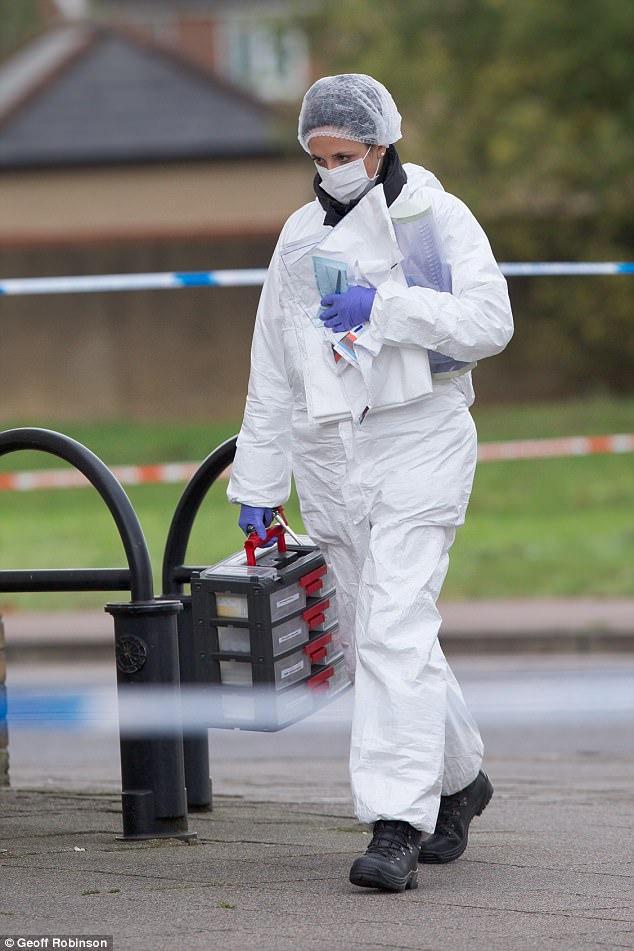 The pub near where the incident occurred remained close as police continue their investigation.

It is the second stabbing in the area in the past month. A young man was seriously injured in an attack on October 8.

Anyone with information is asked to call police on 101 quoting incident 13 of October 28 or visit www.cambs.police.uk/report.