Teen boy, 16, is shot in the stomach by two police officers as ethics watchdog investigates

Teen boy, 16, is shot in the stomach by two police officers he ‘threatened with knives’ as watchdog investigates why they used guns instead of tasers

A teenager has been shot in the abdomen by two Queensland police officers after he allegedly threatened them with knives.

The 16-year-old was struck by at least one bullet early on Sunday when two officers fired guns in Brisbane’s southwest.

Queensland Police Union President Ian Leavers said the officers then rushed to help the boy but he resisted, injuring one of them.

The boy was taken to the Princess Alexander Hospital with a non life-threatening injury while a female officer was treated for a suspected broken arm.

A Queensland Police spokesman told Daily Mail Australia the teen allegedly rushed at police with the knives forcing them to draw their firearms.

Mr Leavers says the officers were confronted by a volatile situation and had ‘no other option than to use their firearms’.

Detective Superintendent Tony Fleming said the two were responding to reports of a disturbance at Forest Lake when they came across the teenager in a street.

‘Unfortunately … the officers, fearing for their safety, felt it necessary to discharge their weapons,’ he told reporters on Sunday. Both fired a shot, with at least one bullet striking the boy in the lower abdomen.

‘This is a tragedy for the young man and his family,’ Det Supt Fleming said.

He said police had the equipment to deal with dangerous situations but none ever want to have to discharge their firearm at work. 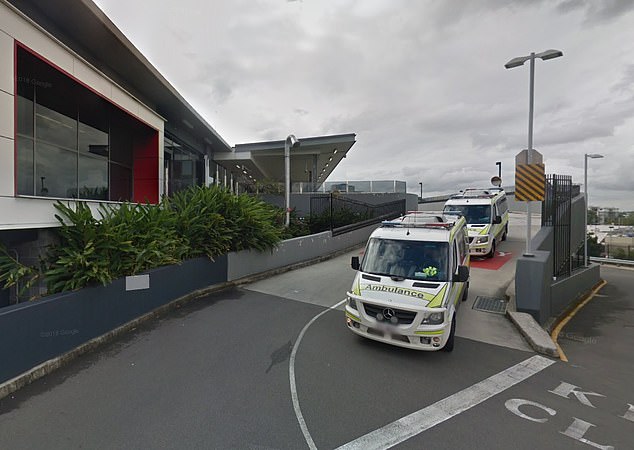