Teenage couple are charged with attempted murder ‘after 18-year-old girl’s new lover, 17, shot her ex-boyfriend in the face’

A teenage couple from Florida has been arrested on attempted murder charges for allegedly shooting the young woman’s boyfriend former lover in the face.

Kayla Rittenhouse, 18, and Blayke Morris, 17, both were taken into custody in Callahan on Tuesday morning. 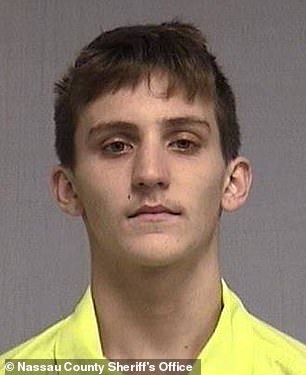 Kayla Rittenhouse, 18 (left), and Blayke Morris, 17 (right), from Florida, have been charged with attempted murder targeting the woman’s 21-year-old ex-boyfriend 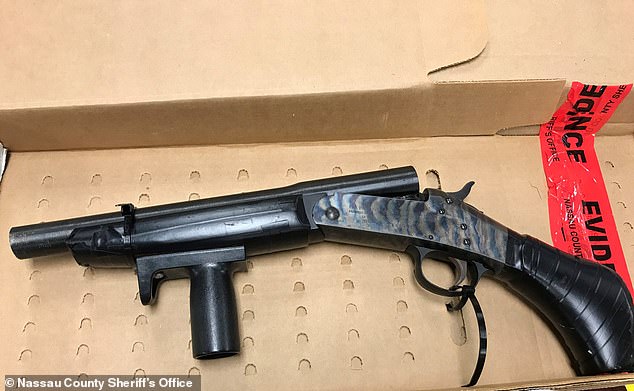 According to a statement from the Nassau County Sheriff’s Office, deputies responded to a home in the 54100 block of Janice Drive at around 6.30am after receiving reports of a shooting.

A subsequent investigation revealed that Rittenhouse’s ex-boyfriend, aged 21, arrived at her home that morning to reconcile with her and ‘settle some personal differences’ with her new boyfriend, Morris.

The victim was standing in the driveway of Rittenhouse’s home and speaking to her from 20 feet away when Morris, who was said to be ‘laying in wait’ behind a wheeled trash can, emerged from his hiding place brandishing a sawed-off shotgun and opened fire on his romantic rival.

The round struck the victim in the face, inflicting a serous injury. He was rushed to UF-Health in Jacksonville, where his condition was unknown as of Wednesday morning. 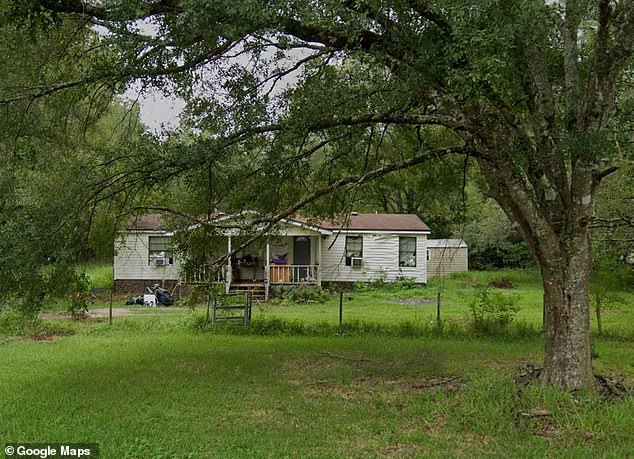 The incident took place at Rittenhouse’s family home in Callahan, Florida (pictured), where the victim had arrived on Tuesday seeking to reconcile with his ex

According to the sheriff’s office, prior to the victim’s arrival, Rittenhouse had discussed shooting the 21-year-old man if he came onto the property.

The victim was unarmed at the time of the attack, officials stated.

According to an arrest report obtained by DailyMail.com, the victim’s father was sitting in his car parked outside Rittenhouse’s home and witnessed his son getting shot.

The woman’s relatives, including her grandmother and sister, were also present at the scene at the time of the confrontation.

When interviewed by investigators, Morris claimed that the victim had made threats prior to the incident, but during his conversation with Rittenhouse he said he meant her no harm.

Morris also told the cops that Rittenhouse knew that he had bought the sawed-off shotgun, and that she told him if her ex-boyfriend came onto the property ‘to shoot him.’

Video recorded on Rittenhouse’s cellphone captured a portion of her exchange with her ex-boyfriend leading up to the shooting. In it, the victim told the teen that he wanted to reconcile with her and ‘did not wish to harm her.’ 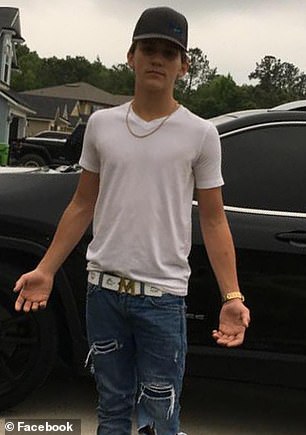 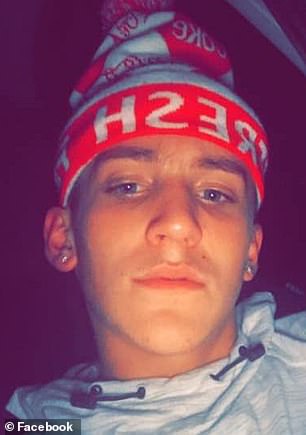 Morris (left and right) told investigators that prior to the victim’s arrival, Rittenhouse had told him to ‘shoot him’ if he came onto the property

According to the report, when Morris emerged from his hiding place armed with the shotgun, the victim told him, ‘Oh, you’re gonna shoot me?’ and took his hands out of his pockets. He had nothing in his hands.

The arrest report stated that the 18-year-old girl was ‘not being threatened by the victim…’, meaning that ‘there was no legitimate claim of self-defense’ by either Rittenhouse or Morris.