Teen entrepreneur earns more than 1,000 a DAY – and explains how you can do it too

The teenager, from Canberra, has a $40,000 property deposit at the ready, and is already planning his retirement after fast becoming a self-made entrepreneur.

With no financial help from his parents, Mr Muscat started what’s slowly becoming an empire by gambling and reselling products for more than what he paid for them.

Muscat says one of his sources of income comes from purchasing products at a wholesale price, then reselling them to consumers for sometimes triple the price.

Nicholas G. Muscat is already well on his way to buying his own home, and has a net worth of $100,000

He told Daily Mail Australia that he finds out what is in demand by accessing data from the Google Trends website.

He resells anything from watches to jewellery and even back braces.

The 19-year-old made a threefold profit on back braces which he bought for $6 which he then shipped over from China and resold for $18.

He also advises people to focus more on making passive income rather than active.

Muscat explains that an active income is where people make money from work while a passive income is making cash from investments or a YouTube video. 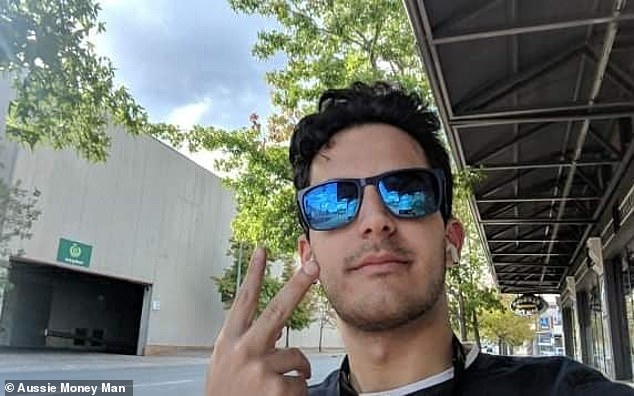 With no financial help from his parents, Mr Muscat started a money making empire from an early age

‘A dollar of passive income is worth about five dollars of active income,’ Muscat said he’s shifting his focus towards passive.

Mr Muscat also uses strategic – but completely legal – match betting which can earn him up to $600 a day.

He says that even newbies to match betting can make up to $4,000 a week using all the start-up bonuses on offer.

It works by using free bets offered from bookies, which can sometimes be up to $500 worth, and betting on all competitors in order to guarantee a win.

And on certain days of the week, gamblers can make up to $600 a day betting on horse races.

He says if he averaged out how much he makes a day on bets it would equate to at least 200-300 dollars, and even more on weekends.

Muscat says that because not a lot of people know about the offers, it’s a more viable option to make big money.

He says the magic of earning money this way is that wins aren’t taxed, and he takes part in the somewhat foolproof moneymaking scheme almost everyday.

While Muscat doesn’t work the typical 9-5 hours, all of his businesses allow him to work remotely, and that betting can often take up a whole day. 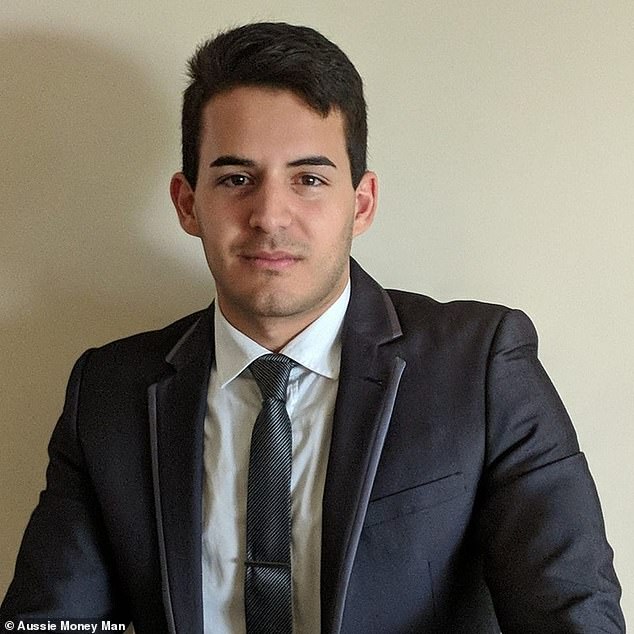 Muscat says one of his sources of income comes from purchasing products at a wholesale price, then reselling them to consumers for sometimes triple the price

‘It’s very intricate, it’s hard because there’s lots of different things that influence it,’ he says.

Muscat never planned to be an entrepreneur, but after a sponsorship with the defence force fell through he turned to making money on his own.

Muscat – who excelled in his year 12 exams with a 90 ATAR score – said he looks up to the late Apple CEO Steve Jobs, and planned to work in special forces to challenge himself as far as he could.

‘I wanted to (work) in defence but I couldn’t, so I said what else is going to allow me to truly push myself, and the only other way I could see that is to go into business,’ he said.

Don’t trust most of what you read and see online

Do utlise compound interest wherever possible

Do track your earnings and expenses

Do ave to invest and not to save

Mr Muscat also started the website Aussie Money Media, which he uses to teach other Australians how they can work smarter to make their own hefty profits.

He says this was inspired by his modest upbringing in Bowen Mountain in the Hawkesbury in New South Wales.

‘Growing up in a single person household with three kids and $40,000 a year (income), it’s what inspired me to start the website so I can share what I know with other people,’ he told Daily Mail Australia.

He says his frugality growing up has motivated him to work harder to achieve his financial goals.

Muscat lives by the principles of the FIRE movement, (Financial Independence, Retire Early) and earns as much as he can while spending as little as possible, to set him up for his future.

Muscat says it’s ‘phenomenal’ the money he’s been able to make, but sharing his expertise with other people for free is what makes him feel fulfilled.

‘It’s not just about money, once you get a certain amount of money it stops mattering.’

And his experience seems to be working, Muscat receives up to 30 messages a day from people asking for advice, and thanking him for helping them. 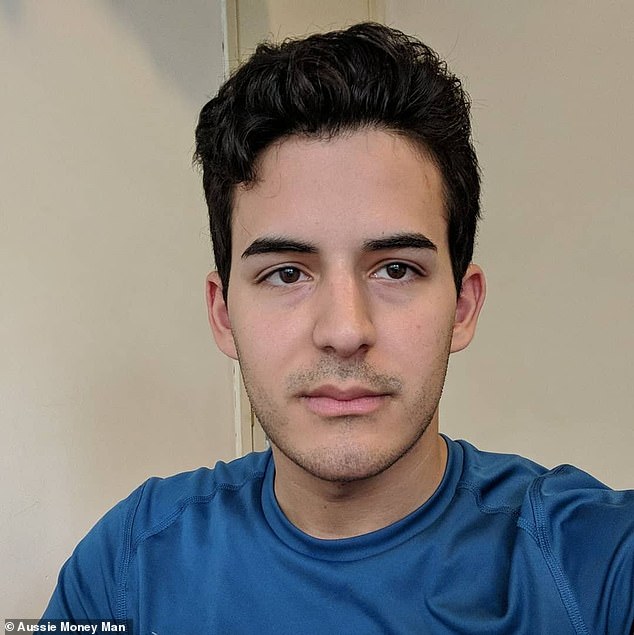 Despite coming from humble beginnings, Muscat is now on the verge of purchasing his first investment property – which he has set aside $40,000 for and plans to rent out

His YouTube channel has already amassed more 1,500 subscribers, which Muscat says is a lot considering how niche his market is in a relatively small country Australia.

Muscat also makes money from from companies through a system called affiliate marketing, where he promotes products he likes and uses to his YouTube audience.

He will review anything from finance software to banks and credit cards to make commission from his promotions, but thrives on his honesty in his reviews. 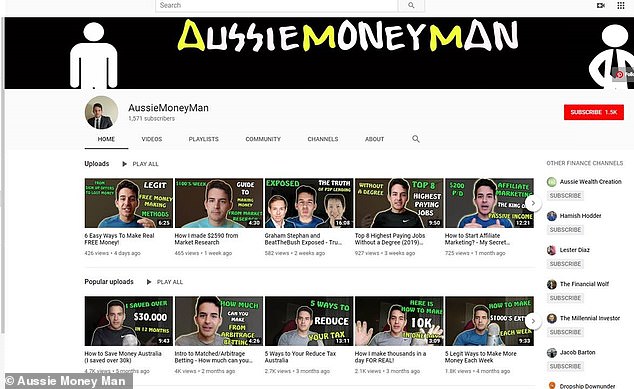 Despite coming from humble beginnings, Muscat is now on the verge of purchasing his first investment property – which he has set aside $40,000 for and plans to rent out.

But despite his early success, his frugality which was ingrained into him as a child has followed him into adulthood.

His life is not one of excess which you might expect from a 19-year-old with tens of thousands of dollars, he rents a room in a share-house, doesn’t eat out of buy fancy clothes, and drives a car worth $900.

Muscat lives off just $450 a week including his rent, but is about to make the move to Sydney where his cost of living will rise.

His goal for the future is to live a ‘nomad laptop lifestyle,’ which will allow him to work anywhere around the world.