‘He took away my innocence’: Teenage girl’s heartbreaking letter after she was raped by the son of two pastors

By Brett Lackey and Aidan Wondracz For Daily Mail Australia

A teenage girl has written a heartbreaking letter to court detailing how being sexually abused by the son of two pastors ruined her life.

Kairo Peter Nahi, 21, was on Monday jailed for sexually assaulting four teenage girls while he was a member of Vibe Church, a Christian group based in Tweed Heads on the New South Wales far north coast.

Nahi pleaded guilty to 13 counts of indecently treating a child under 16 and one count of using the internet to procure a child.

Kairo Peter Nahi, 21, sexually assaulted four teenage girls while he was a member of Vibe Church, a Christian group based in Tweed Heads on the NSW far north coast, the court heard (pictured, Nahi’s parents David and Louise, who work as church pastors. Daily Mail Australia does not suggest the parents were aware of their son’s actions at the time)

‘Writing this letter is very hard and very emotional for me as I have tried my best to try and live a normal life and forget about what that monster did to me,’ one of the man’s 16-year-old victims wrote, the Gold Coast Bulletin reported.

‘This is something I will always carry with me for the rest of my life and has changed the person I once was.’

The girl, who was 14 when the attack occurred, said she was quick to anger and scared to hold her boyfriend’s hand, among other issues she has faced since the assault.

Nahi used his connections at his church – his parents work as church pastors – to meet the girls between 2015 and 2017.

Daily Mail Australia does not suggest Nahi’s parents, David and Louise, knew of their son’s actions.

The court heard that at the time of the assaults, Nahi was a teenager and first sexually assaulted a 13-year-old girl.

The court heard the victim’s mother learned of the assault through social media and came forward with the allegation. 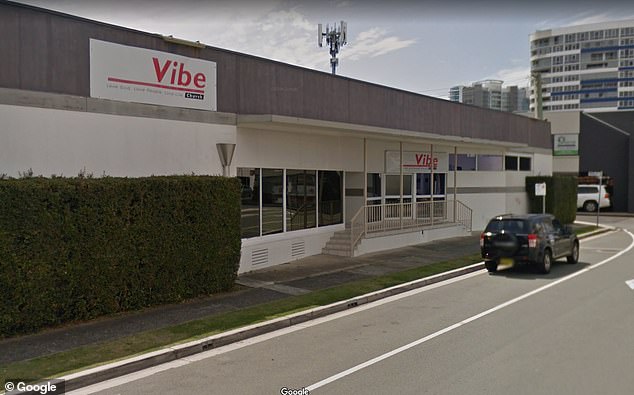 The court was told Nahi used the connections at his church – his parents work as church pastors – to meet the girls between 2015 and 2017 (pictured, Vibe Church at Tweed Heads along the NSW north coast)

She spoke to church pastors and board members provided a character reference for Nahi, but decided to keep quiet for the sake of the church.

Only months after the first incident, Nahi began to send sexually explicit images to an 11-year-old girl over Snapchat.

He convinced her to send him a photo of her breasts, and arranged to meet with her after she turned 12.

The court heard he inappropriately touched her and asked her to give him oral sex.

He also inappropriately touched a 14-year-old girl in 2014 before he asked if he could touch her.

The teenager refused and Nahi did not continue.

Then in 2017, Nahi met with another girl in a garage before he kissed her and forced her to perform oral sex.

The victim called her sister’s boyfriend, who passed on the message to the girl’s parents.

They took the matter to police and Nahi was subsequently arrested and later pleaded guilty to 13 counts of indecent treatment of a child and one count of using the internet to procure and meet a child.

He was sentenced to three years in prison, to be suspended after he served eight months.