This is the terrifying moment a teenager is caught hanging off the back of a London bus as it drives down the road.

The video was captured by a concerned passenger sat near the back of the 243 bus that runs through Clerkenwell and Holburn in London.

Hussein Albazi, 27, from London took the footage in selfie mode as he was sat on the back seat where he could see the man grabbing on to the rear of the vehicle.

Office manager Mr Albazi said: ‘I got on a Clerkenwell and then this happened from Gray’s Inn Road near Holborn. He tapped on the window and everyone turned around.

The teenager wearing a black hooded coat (pictured) seems unfazed as he travels down the London road in the Holborn area, and even appears to be checking his phone

‘I was surprised. I felt like what is going on? The funny thing is no-one said anything to the bus driver.

‘Most people turned their heads away as if they didn’t see anything. The bus driver had no idea.

‘He stayed on the back of the bus until Holborn station and then he ran away.’ 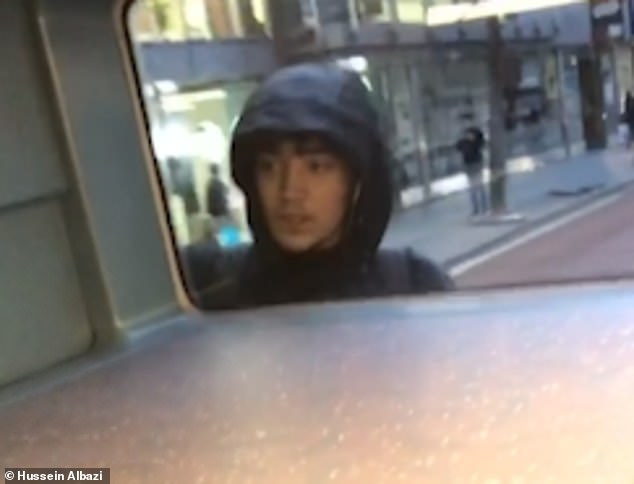 ‘I was surprised’: Hussein Albazi, 27, from London took the video from the back seat of the bus near Holborn station 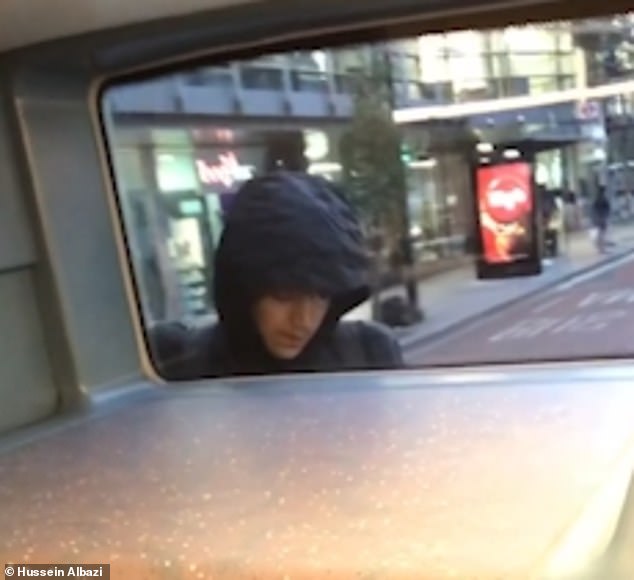 The footage was taken on the 243 bus that runs from Wood Green to Waterloo. The teenager got off at Holborn station before running away

The teenager wearing a black hooded coat seemed unfazed as he travelled down the busy road, and even appeared to be checking his phone during the unconventional journey.

As the bus comes to a stop along the busy high street, the teen goes out of view of the window and a black car is seen approaching on the inside lane.