Teen mom Lauren Spencer graduates in top 5% of her class

A Georgia teen who got pregnant during her senior year of high school is encouraging other teen moms not to give up and know that they can still accomplish great things if they work hard and dedicate themselves.

Lauren Spencer from Atlanta was always a ‘good’ kid and good student, so it was a shock when she found out she was expecting a baby in high school.

But rather than dropping out or giving up, the 18-year-old refused to let the unexpected addition to her family derail her plans — and, as she told Love What Matters, she went on to graduate at the top of her class after finishing her studies a semester early.

Lauren Spencer of Atlanta, Georgia said she was always a ‘good’ kid, so it was a shock when she became pregnant as a senior in high school 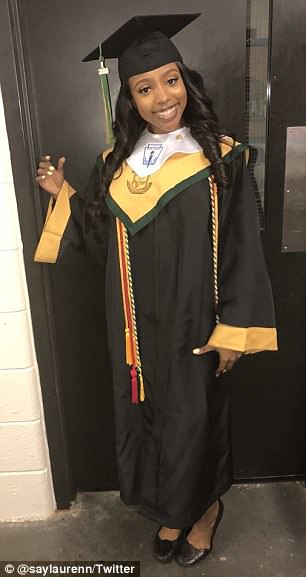 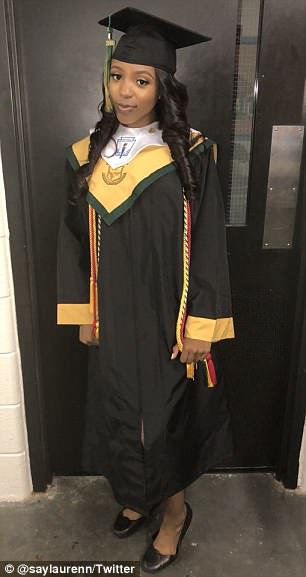 Impressive! But Lauren still managed to finish a semester early with a 94 numeric GPA and will be attending Georgia State University this fall

Lauren said she always ‘played by the rules’ growing up, and gave her family no trouble.

But when she was a senior in high school this past year, she got the shocking news that she was pregnant. She was surprised, and so was her family — and she worried that she let everyone down who expected her to do great things with her life.

‘The feeling of disappointing my family was definitely new for me, being that I had been a straight A student who stayed out of trouble,’ she said.

‘I could still keep my grades up and go on to do big things. It would just be more of a challenge with a baby,’ she said. 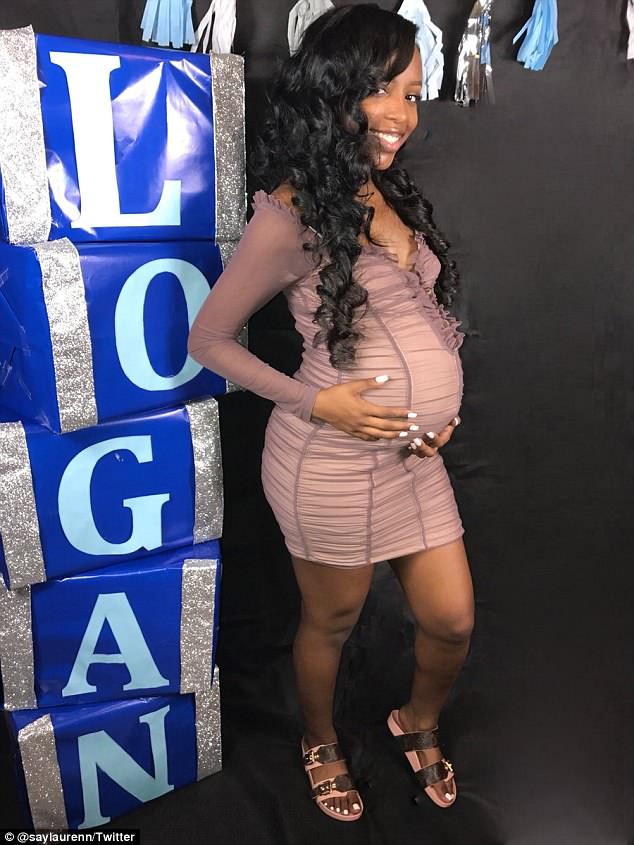 Dedication: The 18-year-old didn’t want to disappoint her family, so she worked hard to graduate

Accomplishment: She said it was ‘far from easy’ to battle pregnancy symptoms while working hard on essays and lab reports, but she stuck with it

Because she was a top student and already enrolled in classes that would get her college credits, she was ahead of the game. She continued to work hard, coping with things like morning sickness and fatigue while writing essays and doing lab reports for science classes.

Last fall, a counselor told her that because of her dedication, she qualified to graduate early, in December. This was a huge relief, as it meant she would be home during her final trimester and when she was due to give birth in March.

That month, she gave birth to a baby boy named Logan. She admits she didn’t realize how hard it would be, but it’s also rewarding, and the feeling she has when she sees her son is ‘indescribable’.

Recently, as the rest of her class graduates, she learned that her 94 numeric GPA put her in the top five per cent of her class. She’ll also be attending Georgia State University in the fall. 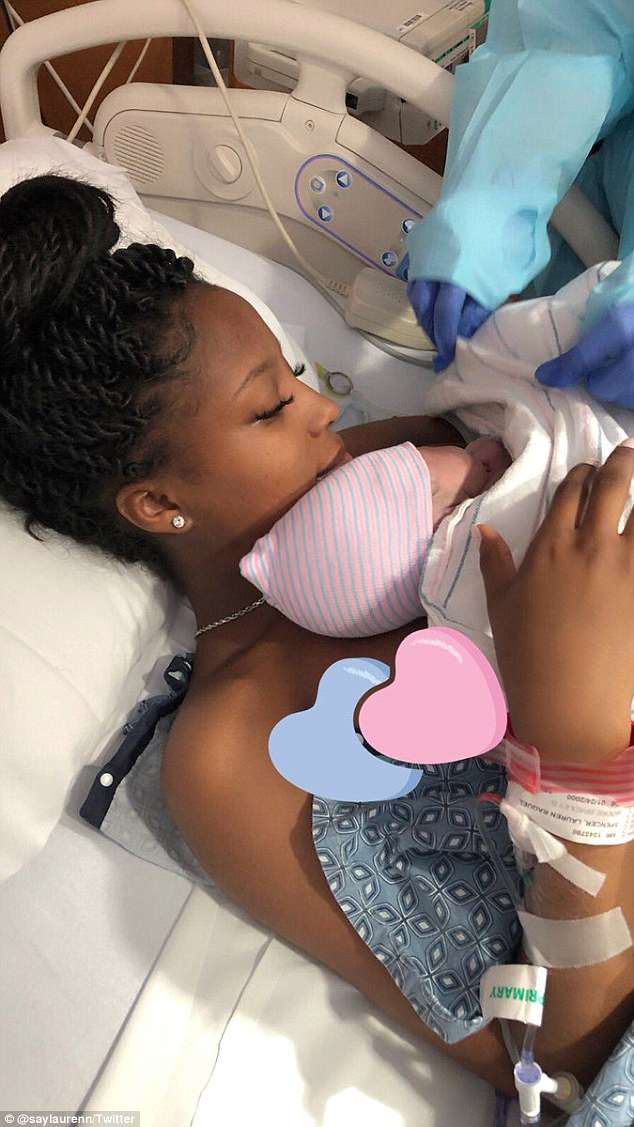 Making her son proud: She gave birth to a baby boy named Logan in March 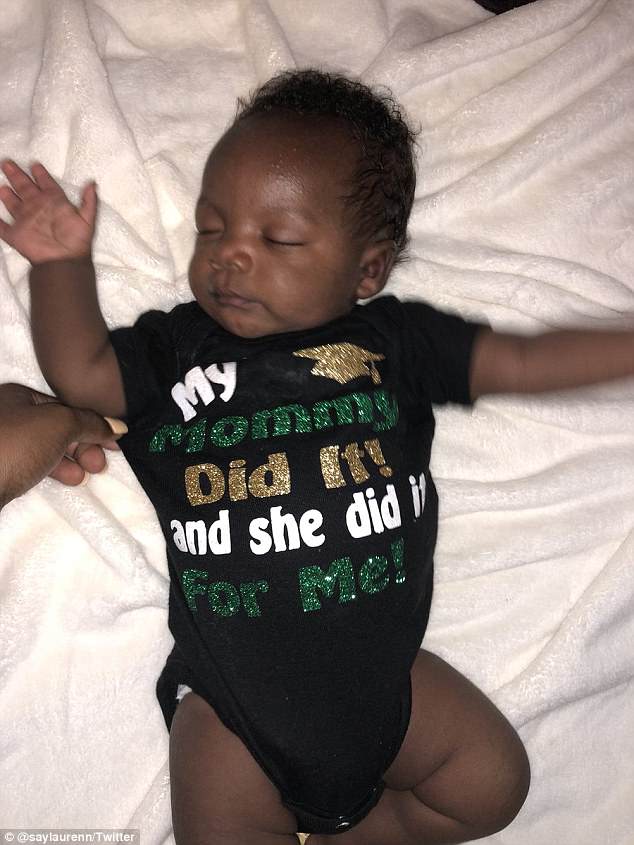 Message: She wants other teens who get pregnant ‘to know it is not the end of the world and they can still go on to accomplish great things, which is exactly what I plan to do’

‘I’m so proud of myself,’ she said. ‘I am excited to start a new chapter. I know it will be challenging, but I am determined to make not only myself, but my son, proud.’

Though she says she is not encouraging other teens to get pregnant, she wants those who do to know that it doesn’t mean they can’t still do well for themselves.

‘I just want to encourage others who are in the same situation,’ she said. ‘I want them to know it is not the end of the world and they can still go on to accomplish great things, which is exactly what I plan to do.’

On May 21, when she attended her graduation ceremony, she shared photos of herself on Twitter, where they racked up 41,000 likes.

‘Can I brag a little? I finished high school a semester early with 15 college credit hours . Had my son and still graduated in the top 5% of my class,’ she wrote.