A 16-year-old described the moment she claims that she was sexually assaulted on an United Airlines flight by a foreign exchange program doctor who was sitting next to her.

The unnamed teenager was flying from Seattle to New Jersey to attend a leadership academy at Princeton when the alleged incident occurred on July 23rd.

The young woman claims she awoke to Vijakumar Krishnappa, 28, putting his hand on her thigh and then again when the doctor tried to put his hand down her pants.

Speaking of the ordeal, she said on Thursday: ‘I knew what was going on but like, I just thought I was dreaming or something, like, this cannot really be happening.’

Although the teen informed a flight attendant and was moved to another seat, United Airlines did not immediately report the alleged sexual assault, she claims.

The FBI tracked down Krishnappa and charged the visiting doctor with one count of abusive sexual contact on July 24th. He is currently out on bail.

An unnamed 16-year-old (pictured) was flying from Seattle to New Jersey to attend a leadership academy at Princeton when she was allegedly groped by Vijakumar Krishnappa, 28, on July 23rd on an United Airlines flight

The teen, joined by her mother, spoke with CBS This Morning on Thursday.

The young woman said the flight was overnight and she fell asleep during the ride with Krishnappa sitting beside her.

The man reportedly stopped what he was doing when she noticed his actions, but after falling back asleep, the teen was awoken again when Krishnappa tried to put his hand down her pants, according to the complaint.

Speaking to the morning program, the girl said: ‘I could feel his hand on my thigh, and one of his hands had like, came between my legs and he was rubbing in between my legs and then he tried to put his other hand underneath my pants and I kind of woke up and was like “What are you doing?”‘

She promptly informed a flight attendant of the incident and was moved to another seat a few rows away from Krishnappa.

When the plane arrived to its destination at Newark Liberty International Airport, the girl called her parents in Washington state to tell them about the situation. 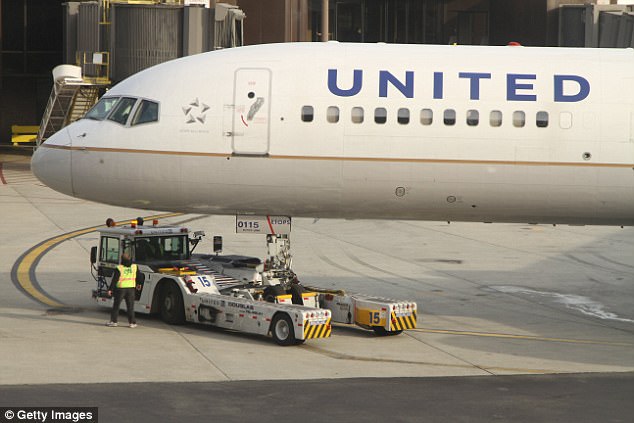 Although the teen informed a flight attendant and was moved to another seat, United Airlines did not immediately report the alleged sexual assault. The FBI tracked down Krishnappa and charged the visiting doctor with one count of abusive sexual contact on July 24th

The girl’s mother added to the news program: ‘I literally thought I was going to die. I’m 3,000 miles away. My child says she’s been sexually assaulted and I’m asking her questions and she’s like, disoriented.

The mother phoned United only to be told the alleged assault was never reported, saying: ‘The supervisor told me that United did not follow their own protocols.

‘She said, “You are the first person telling me of your daughter’s assault. I don’t even have a manifest, I don’t have a report. I don’t even know who he is or where he is.”

‘If I had any inclination that she could be assaulted, I never would have put my daughter on a flight. I would have flown with her.’

The family is suing the airline over the incident, furious that United failed to kick the man off the flight and for ‘not acting sooner when she reported it to flight attendants’.

Johnny McCray, an attorney for the family, told the Washington Post his client was able to easily spot out Krishnappa in a photo lineup of several suspects during the FBI investigation.

In April, an airport officer forcefully dragged a United passenger off of a flight after he refused to give up his sear, leaving him with severe head and nose injuries.

In May, a woman who suffered from an overactive bladder on board at Mesa Airlines, a regional carrier of United Express, asked to use the restroom and was denied access then forced to urinate in a cup.

In June, a video went viral showing a Houston-based airport employee shoving an elderly man to the ground over a plane ticket dispute. Ronald Tigner, sued United and two employees for more than $1 million, claiming negligence from the July 21, 2015 attack.

In July, Hawaii mother Shirley Yamauchi and her child were forced to endure a three and a half hour flight sitting in the same seat after a hefty fee for the extra space was paid. The seat was given to a man flying standby for just $75.

McCray told the Post of the ‘horrific’ incident: ‘This is such a despicable act on his part. And for him to be a doctor … it’s concerning.’

McCray added to the Post of the ‘horrific’ incident: ‘This is such a despicable act on his part. And for him to be a doctor … it’s concerning.’

The teen’s family expressed concerns to authorities regarding the close vicinity between their daughter and Krishnappa while she was away from home and alone on the trip.

Since his release on bond, Krishnappa’s whereabouts have been tracked though an electronic monitoring system.

Krishnappa, who was visiting New York City where he holds residency, has since denied the charges brought against him.

According to Krishnappa’s lawyer, the doctor ‘adamantly denies the charges and deserves to be considered an innocent man’.

A spokesperson for United announced the company’s plans to review and respond most appropriately to the allegations.

‘The safety and security of our customers is our top priority. We take (this) very seriously and continue to work closely with the proper authorities as part of their review,’ the spokesperson said in a statement.

The event was just one of many legal matters United Airlines was dealt in recent months and years.

On April 9, passenger David Dao, 69, was bloodied as he was violently thrown from a flight by Chicago Aviation Department officers after he refused to give up his seat on the plane.

Dao was left with a broken nose, sinus damage and a concussion from the assault.