A tennis prodigy whose life was destroyed by a gambling addiction that cost him hundreds of thousands of dollars has been jailed for importing cocaine to pay off his huge debts.

James Willesee, whose uncle is the journalist Mike Willesee, began gambling at 16, was once $500,000 in debt and eventually lost property worth $600,000 as well as his mother’s superannuation.

Once his junior playing career ended Willesee coached tennis in the gambling mecca Hong Kong and for several years after that worked for Tabcorp as a betting analyst.

Having got himself deep into debt, Willesee took part in a $1.5million cocaine importation operation in which he had more than 5kg of the drug delivered to a prestigious Sydney golf club.

Judge Robyn Tupman described Willesee’s gambling addiction as ‘the curse of his life and the cause of his ultimate downfall and the position he now finds himself.’

‘Mr Willesee’s case is a tragic one,’ Judge Tupman said. 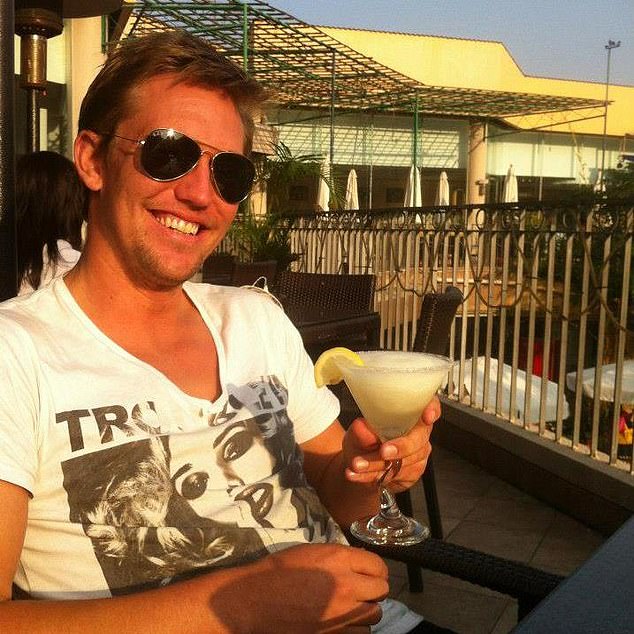 As a teenager James Willesee traveled the world playing tennis. By 16 he began gambling, which developed into a habit costing him hundreds of thousands of dollars. He is now in jail 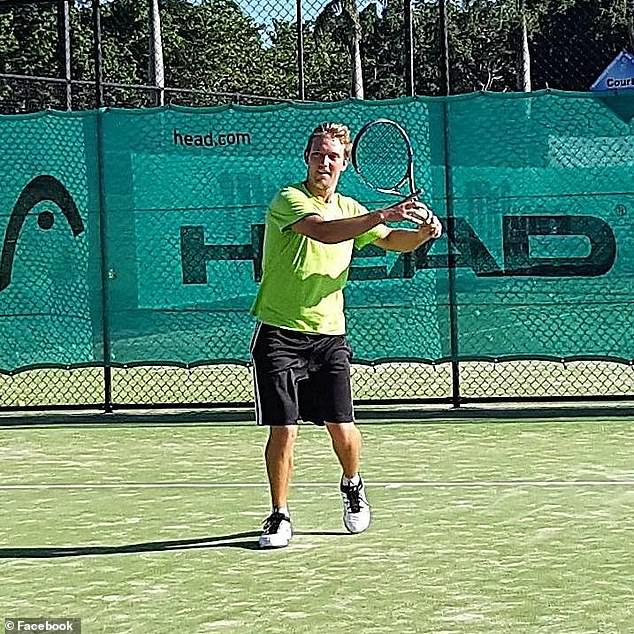 Unable to continue on the adult circuit due to physical limitations, James Willesee moved into coaching, including a stint at a Hong Kong country club where his gambling worsened 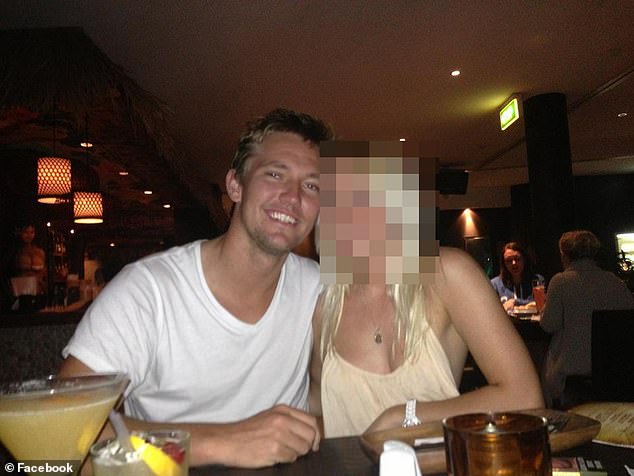 James Willesee, from Sydney’s northern beaches, turned to importing cocaine to pay his gambling debts. He was arrested with more than 5kg of the drug worth about $1.5million

‘In my view the gambling industry has a lot to answer for in the way it overwhelmingly connects itself to mainstream sport in Australia.

‘The vulnerable in the community are significantly at risk of doing exactly what this person did.’

Willesee began playing tennis aged about nine and was competing overseas by 14. He performed on the international junior professional circuit through his late teenage years.

Unable to continue on the adult circuit due to physical limitations, Willesee moved into coaching, including a stint at a Hong Kong country club where his gambling on horse racing worsened.

While in Hong Kong in his early 20s Willesee also began relying on benzodiazepines – drugs often called ‘benzos’ and prescribed as minor tranquilizers or sleeping pills.

Upon his return to Australia Willesee was employed as a betting analyst with Tabcorp, which Judge Tupman said was ‘probably about the worst possible job he could have.’

He later set up a mobile coaching business, which he was still operating when he became involved in the cocaine importation scheme.

By this time Willesee was addicted to benzodiazepines, still gambling heavily and in debt to loan sharks and legitimate betting agencies. 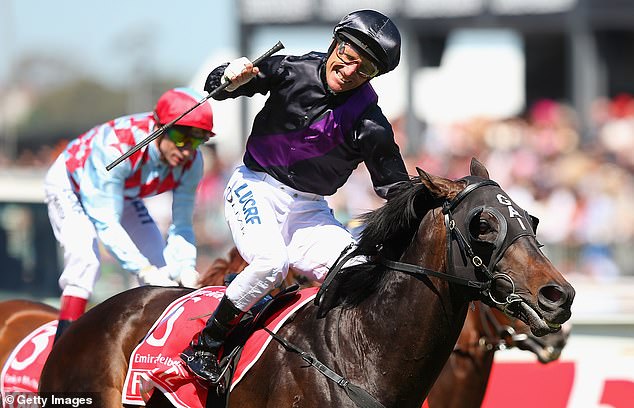 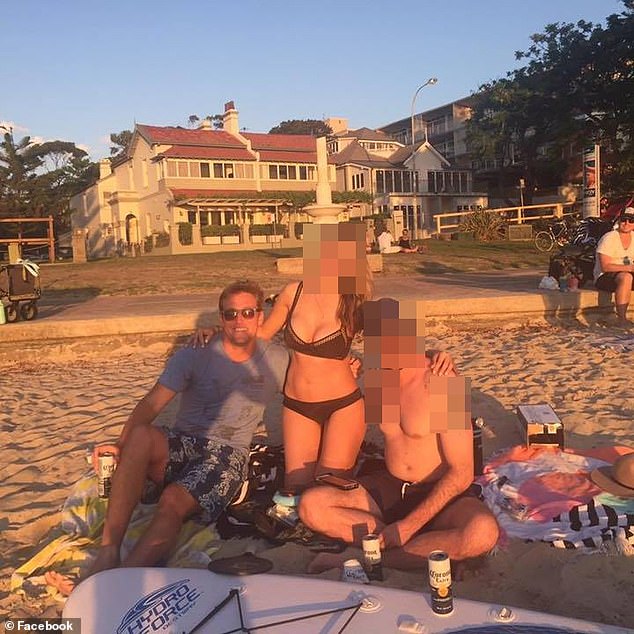 James Willesee has suffered depression and anxiety since he was a teen. Gambling on horses worsened those problems as he lost all perspective of how much money he was losing

He unsuccessfully tried drug rehabilitation, tried twice to take his own life and was admitted to hospital four times after suicide attempts or having suicidal thoughts.

Exactly how Willesee became involved in importing cocaine is unclear but Judge Tupman accepted he was a ‘foot soldier in the overall syndicate’ and was attempting to clear gambling debts.

On November 1 last year a package from the United States addressed to the Pymble Golf Club, of which Willesee was a member, arrived at Sydney Airport containing two motor vehicle drive shafts.

Analysis revealed 6967g of cocaine with a purity of 77.45 per cent, which equaled slightly more than 5kg of pure cocaine, worth about $1.5million. 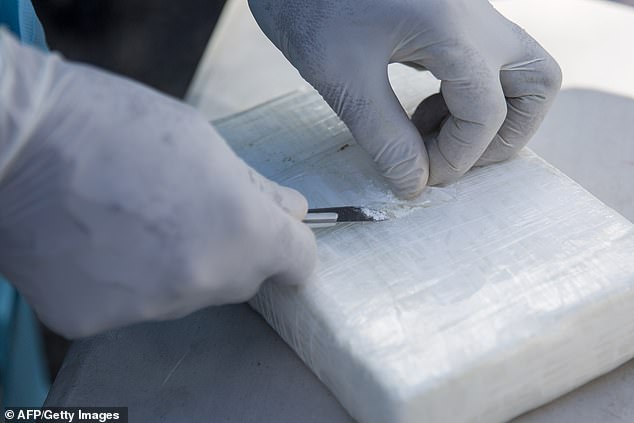 More than 5kg of cocaine worth about $1.5million was found inside a motor vehicle drive shaft which arrived at Sydney Airport from the United States in November last year. (Stock image) 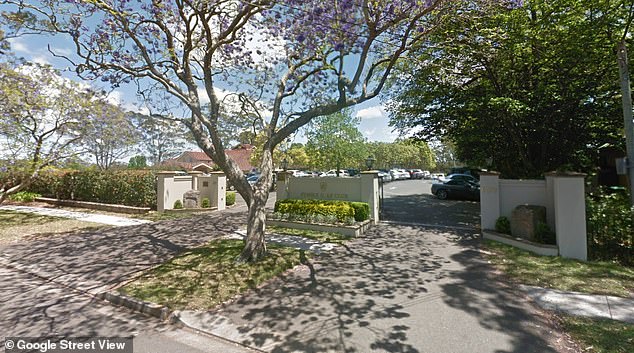 A package containing more than 5kg of cocaine was delivered to Pymble Golf Club (pictured), where James Willesee was a member. The club had no knowledge of Willesee’s drug plan

ABF officers replaced the cocaine with an inert substance and the drive shafts were delivered to the golf club on November 6, when Willesee put them in a storage area.

Three days later Willesee took the package to the garage of a house at Freshwater where he met his 29-year-old Irish friend Klyde O’Shaughnessy.

Together the pair used an angle grinder they had bought earlier that day at Bunnings to cut open one of the drive shafts and remove what they believed was cocaine.

The two men were arrested outside the house with the drugs in 11 heat-sealed plastic bags. They have been in custody ever since.

Willesse pleaded guilty to importing a commercial quantity of cocaine and O’Shaughnessy to attempting to possess the same quantity of the drug.

The maximum sentence for both offences is life in prison.

Judge Tupman said Willesee had suffered mental health difficulties since he was a teenager, including depression and anxiety. 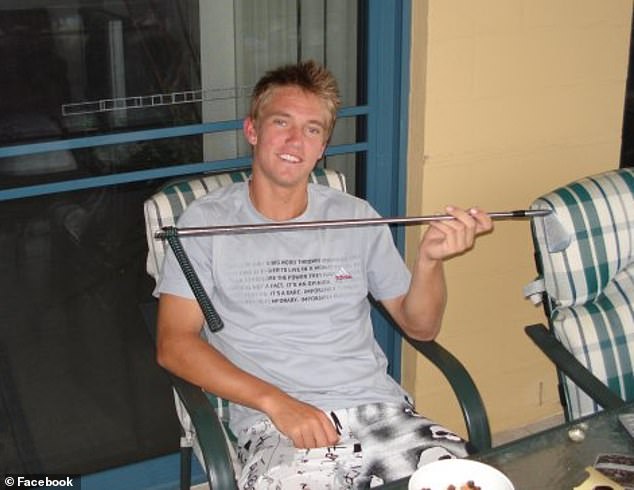 Gambling worsened those problems as he lost all perspective of how much money he was losing and borrowed increasingly large amounts to bet.

Judge Tupman said Australian sports fans were ‘bombarded’ with gambling promotions and online betting should be curtailed as tobacco advertising has been.

‘It seems to me well beyond time that the community should hold the gambling industry to task,’ Judge Tupman said.

Willesee had shown remorse for his crime, had good prospects for rehabilitation and had the support of family, including his mother, and friends.

He had stopped using drugs while in prison and undertaken a TAFE course in business studies.

Judge Tupman sentenced Willesee to a minimum five years in prison and O’Shaughnessy to a minimum four. Both sentences were backdated to their arrests. 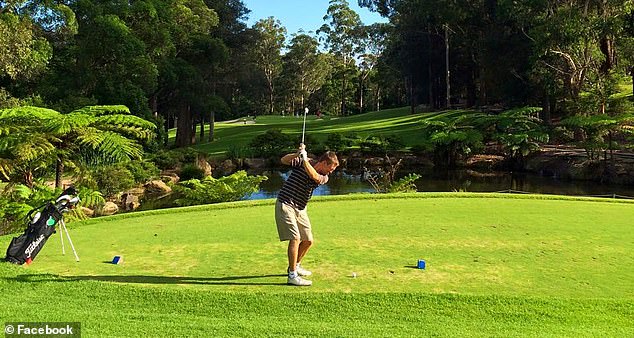