Student charged: Timothy Felker, 18, from Kentucky, has been charged with terroristic threatening against his school after purchasing an AR-15

An 18-year-old boy from Kentucky has been arrested after police say he bought an AR-15 rifle with money his mother had given him to get a tattoo and was planning to carry out a shooting at his high school.

Timothy Felker was arrested in Lexington earlier this month on a charge of second-degree terroristic threatening and appeared in court for a preliminary hearing on Monday.

Lexington police detective Sean Stafford testified that Felker purchased the firearm and about 500 rounds of ammunition around Christmas in December 2017, reported WKYT.

Police launched an investigation into Felker in mid-February after officials at Paul Laurence Dunbar High School, where the boy is a senior, learned that another student had submitted an anonymous report about possible threats through the Safety Tipline Online Prevention (STOP) tip line. 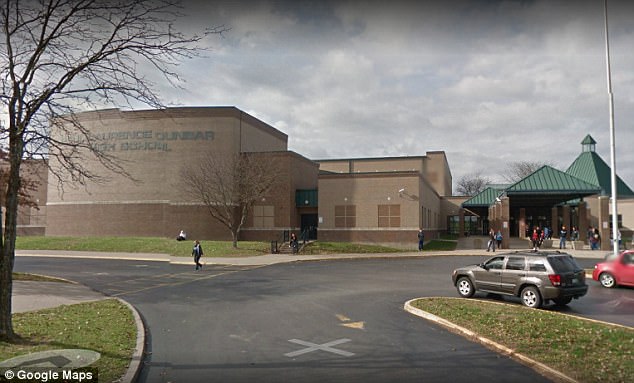 His classmate at Paul Laurence Dunbar High School alerted school officials in February through a tip line, saying Felker often talked about shooting up the school and killing himself 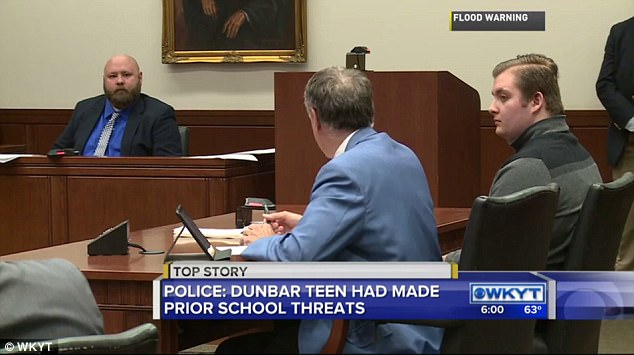 Felker (far right) was in court of Monday for a preliminary hearing, which concluded with a judge’s decision to send his case to a grand jury

The complainant wrote that Felker ‘owns a gun and constantly talks about killing himself/ shooting up the school. He tells specific people he would shoot them first and then shoot up the classroom,’ according to court documents cited by Lexington Herald Leader.

The Lexington Police Department was notified on the threats on February 17, while the teen was out of town.

According to his Instagram page, Felker had traveled to Chicago to watch a local production of The Phantom of the Opera , which is one of his two favorite musicals, along with Sweeney Todd.

Felker was active in his high school’s drama department and starred as the Beast in a December production of ‘Beauty and the Beast Jr.’ In a July 2017 Instagram post, he talked about the prospect of attending college at Roosevelt University because he was drawn to the school’s ‘amazing program for the performing arts.’ 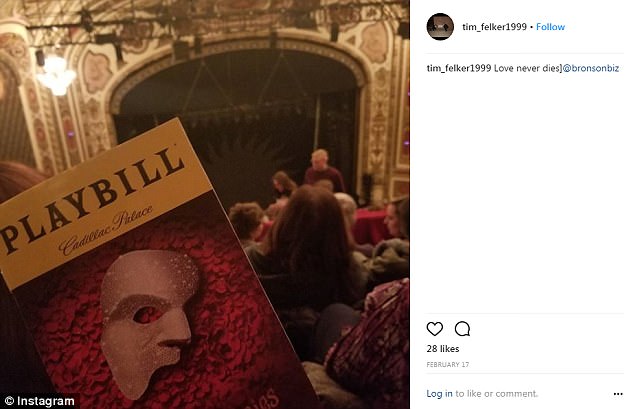 Theater buff: Police learned of the threats while Felker was a way in Chicago, here he had traveled to watch a production of his favorite musical The Phantom of the Opera 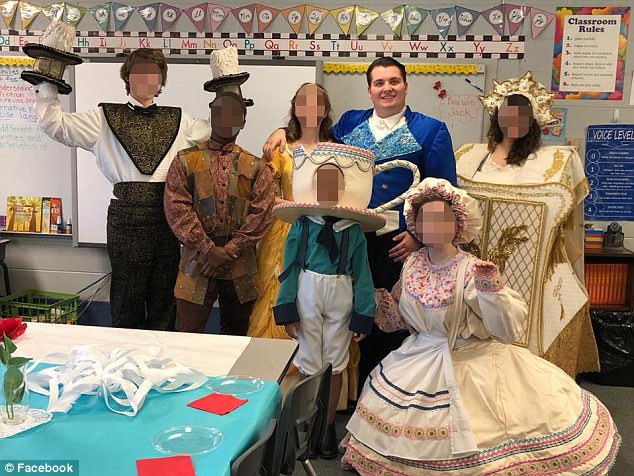 Aspiring actor: In December, Fellker (pictured center) starred as the Beast in Dunbar High School’s production of ‘Beauty and the Beast Jr’ 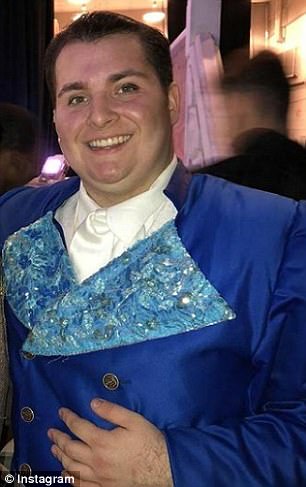 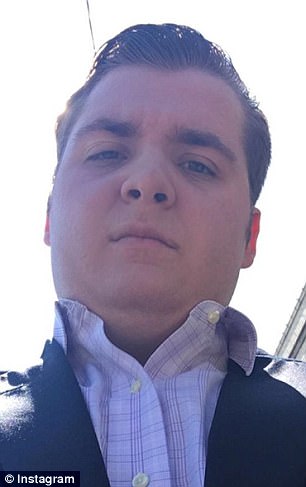 Police said three classmates of Felker’s heard him issue threats, and that the boy himself later admitted to saying he would carry out a shooting because he was bullied

When he returned to Lexington on February 19, Felker was picked up by police at the Blue Grass Airport and detained.

Following a two-week investigation, the high school student was booked into jail on the terroristic threatening charge, which carries up to five years in prison. He was released after later posting $5,000 bail.

Police said three classmates of Felker’s heard him issue threats, and that the boy himself later admitted to saying he would carry out a shooting at Paul Laurence High because he was bullied.

During his arraignment on March 5, Felker pleaded not guilty. A judge placed him under house arrest with an ankle monitor, and he has been barred from possessing or buying firearms.

Felker is currently out on bail and remains under house arrest. If convicted, he could face up to five years in prison

The AR-15 he bought in December has been seized by police while Felker was out of town.

The detective who testified at Felker’s preliminary hearing on Monday said the teenager’s mother told police her son has anger issues but she did not feel he would harm anyone. The woman said she was unaware of the treats against the school.

At the conclusion of the hearing, the judge ruled that there was sufficient probable cause to send the case to a grand jury.