A teenage girl who hasn’t been able to walk for almost a year shared the emotional moment she surprised her prom date by walking to greet him at the door.

And on prom night, the teen stood up to meet her tuxedo-clad date Tarik in the entryway of her home, slowly stepping toward him in a heartwarming video that has now gone viral.

Prom night: Twitter user Morgan from San Antonio, Texas has shared the emotional moment she surprised her prom date Tarik by walking towards him for the first time in 10 months 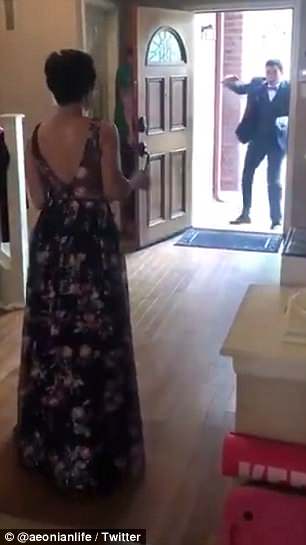 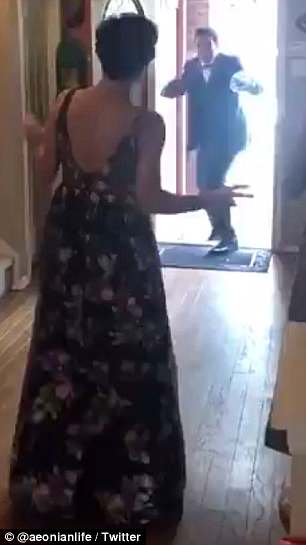 Yasss queen: Dressed in a full-length floral gown, the clip sees Morgan who was later named prom queen, tentatively step towards her tuxedo-clad date, who can’t contain his shock

Morgan had to learn to walk again after suffering conversion disorder following an operation.

Conversion disorder is a mental condition where a person has blindness, paralysis, or other nervous system (neurologic) symptoms that cannot be explained by medical evaluation.

The teen, who tweets at @aeonianlife, took to Twitter to share a video of her triumphant return to walking.

Dressed in a full-length floral gown for the big school dance, she is seen tentatively stepping toward Tarik, who can’t contain his shock and excitement.

As the door opened, Tarik can be heard shrieking in excitement before rushing to embrace Morgan.

He can also be heard exclaiming, ‘No, how did you do that?’

As the video ends, Tarik can be seen happily embracing Morgan while clutching the flower corsage he has brought for her. 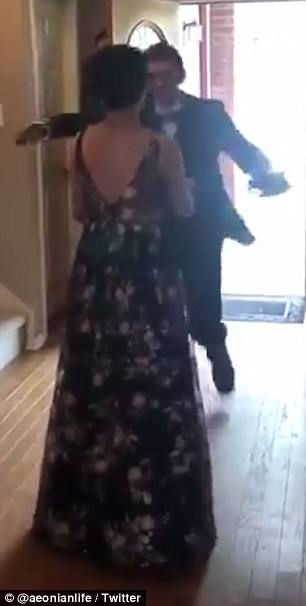 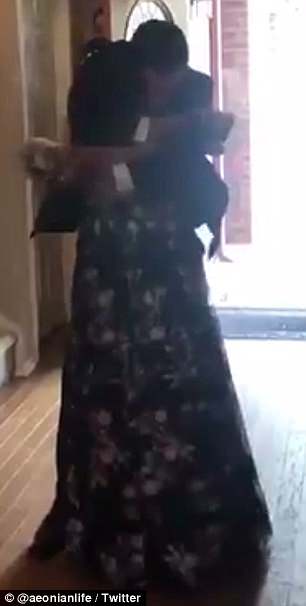 Emotional: She captioned the video with the words: ‘After not being able to walk with my own two legs for 10 months… I surprised my prom date with this’

‘After not being able to walk with my own two legs for 10 months… I surprised my prom date with this,’ Morgan captioned the video.

And Morgan has also shared some less candid shots of the cute pair, posting posed photos of the night on her Twitter page.

She captioned the collection of pictures with: ‘Prom 2018 with one of my best supporters’.

The clip, which was posted on April 28, has already received 12.2 million views and amassed over one million likes, and in excess of 6,000 people have taken to the comments section to offer words of support and appreciation.

Twitter user @allthatjazz wrote : ‘I cried. I am so so proud that you were able to accomplish this! My situation is definitely not comparable to yours, but I cant wait until mt husband sees how much progress I’ve made with my own recovery. YOU ARE SO STRONG AND YOU JUST MOTIVATED ME EVEN MORE!’ 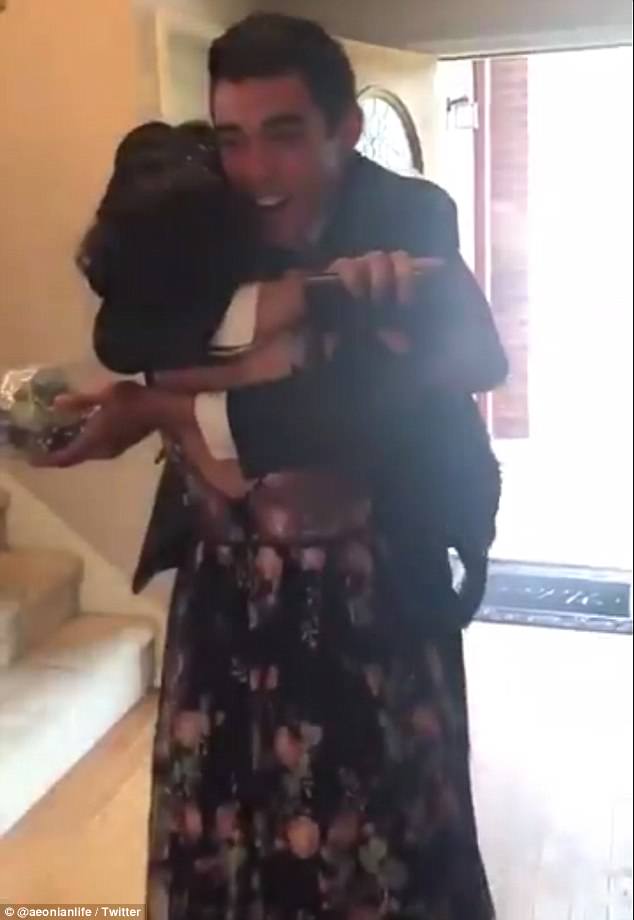 Challenge: Morgan had to learn to walk again after suffering conversion disorder following an operation 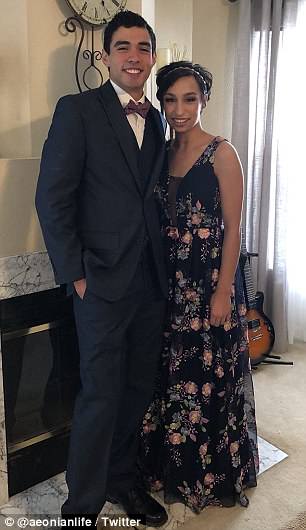 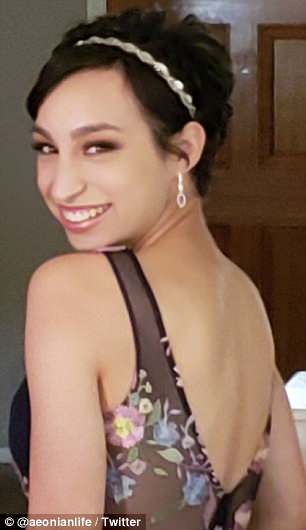 Big impact: Thousands of people have taken to the comments section to commend Morgan for her bravery and share their emotional response

And @bukalove04 shared: ‘Ok, so I just balled all over this! His reaction is priceless, and you’re gorgeous.’

This was a sentiment shared by @TaraAnn46661131, who said: ‘So beautiful to see!!! You are inspiring!! Thank you for sharing this moment with the world!! Continue to inspire!!’

And Morgan’s friend Lexi who tweets at @lexi_gonales7 revealed on April 29 that Morgan was crowned prom queen during their special night.

Morgan later wrote of how she has made it through the past several months, tweeting: ‘I wasn’t born with this. This happened almost a year ago.

‘I believe God is real and is very much alive. I know i could not have done this without believing in my faith. Thank you for the support but the only reason i got to this point was because i knew God was going to get me’