A teenage father who murdered his ‘perfect’ newborn son in a drink-fuelled rage before eating toast in a state of elation has been sentenced to life imprisonment.

Doulton Phillips, 17, bit Reggie on the nose causing a ‘gaping wound’ and violently shook and swung him in a two-hour example of ‘callous brutality’ in Southampton, Hampshire, the judge said.

The six-week-old boy sustained ‘truly appalling’ injuries, including fractures to his skull and ribs, as well as a broken leg.

But Phillips, who was 16 at the time, was seen joyfully eating toast in the hours after the murder, during which neighbours heard the baby’s ‘gut-wrenching screams’.

Six-week-old Reggie Phillips sustained fractures to his skull and ribs after his father Doulton Phillips, 17, of Southampton, bit his nose and violently shook him

Phillips, who was 16 at the time of the attack, was detained for life with a minimum of 15 years at Winchester Crown Court on Friday after being convicted of murder.

The baby’s mother, 19-year-old Alannah Skinner, was sentenced to 30 months’ detention after being found guilty of child cruelty for failing to protect the boy or seek help for him.

The judge, Mr Justice Spencer, said Reggie was a ‘delightful, perfect’ and ‘much-loved’ baby, while Phillips seemed to be a ‘doting father’.

But he was prone to rages after drinking excessively.

That was the state he whipped himself into before the attack in Skinner’s one-bedroom flat in Defender Road during the early hours of February 11.

Doulton Phillips (left), 17, of Southampton, was jailed for life. The baby’s mother Alannah Skinner (right), 19, was also sentenced to 30 months’ detention after being found guilty of child cruelty

The pair spent the evening at a neighbour’s party drinking vodka and beer, which was a ‘toxic mix’ for Phillips.

Phillips told the court he had also been taking MDMA, also known as ecstasy, before returning to her flat.

The judge said: ‘Over the next two hours you brutally assaulted him, causing his fatal injuries, and many other injuries as well.’

It was at about 3am when the fatal injuries were inflicted, but an ambulance was not called until about 5am. 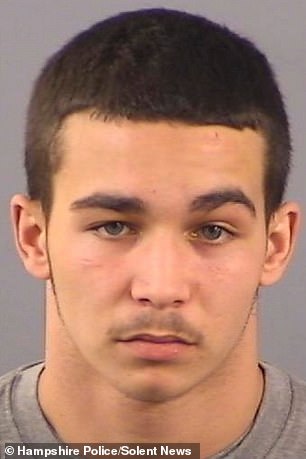 ‘It was at 3.41am that you left the flat and the CCTV shows you eating toast almost defiantly looking into the camera with a demeanour suggestive of elation as if you were ‘bouncing’,’ Mr Justice Hayden said.

The ‘outburst of extreme violence’ was not a one-off, with other evidence Reggie had been injured in previous attacks, the judge added.

Phillips told police Reggie slipped from the sofa while having his nappy changed, or that he fell from his arms while the couple argued.

The explanation was nonsense, though, prosecutor Adam Feest QC explained, and did not account for the ‘severity or multiplicity’ of the injuries.

‘They are more in keeping with a violent shaking or swinging, or indeed both,’ the prosecutor said.

Jurors were also told he was abusive to his girlfriend, both verbally and physically, while she was pregnant.

They found Skinner was negligent by delaying calling an ambulance out of fear Reggie would be removed by social services and had cleared up blood.

The defendants’ identities had been protected during the trial but the judge ordered they could be named after they were convicted. 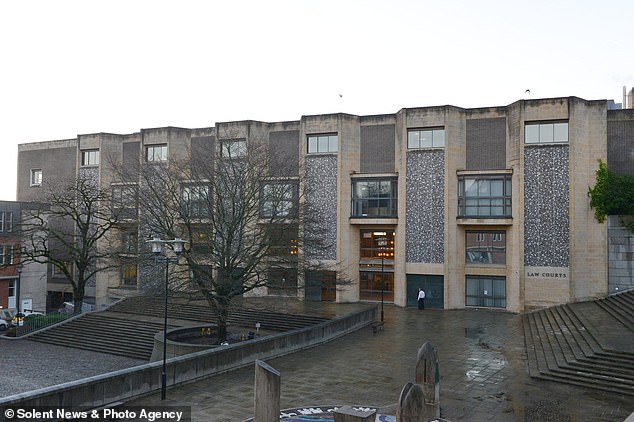