A teenage girl cried with joy after deciphering a haiku her parents gave her as a puzzle.

They used the confectionery-inspired poem to reveal what they had bought her for her graduation present.

But the girl was unable to work out the secret behind the poem so her father gave her another one.

This one went: ‘Dipped in sweet nectar, eclairs, yearning longing and nothing disgusting.’

Still unable to work it out, she asked for a clue. And then it dawned on her. The first letter of each word spelled out Disneyland.

She runs over to hug her father, who grins as she tries to contain her excitement.

Soon she is crying tears of joy as she embraces her father, mother and brother in the dining room of their house in Naples, Florida.

Tears of joy: The young girl chokes up when she cracks the code of her father’s haiku 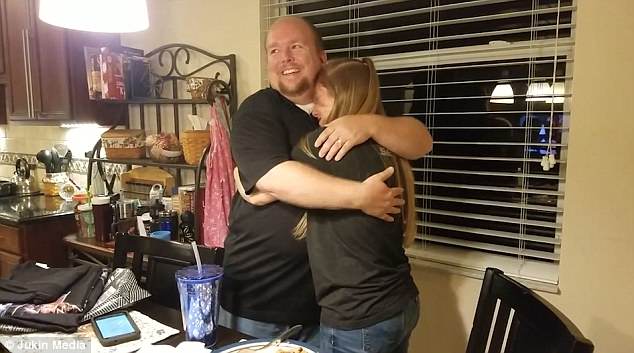 As a reward for her graduating the whole family visited California for seven days starting on May 4.

They spent five days at Disneyland staying at the Fairfield Anaheim hotel near the entrance to the resort.

They also booked, her father tells her, for the Fantasmic Disney dinner event. 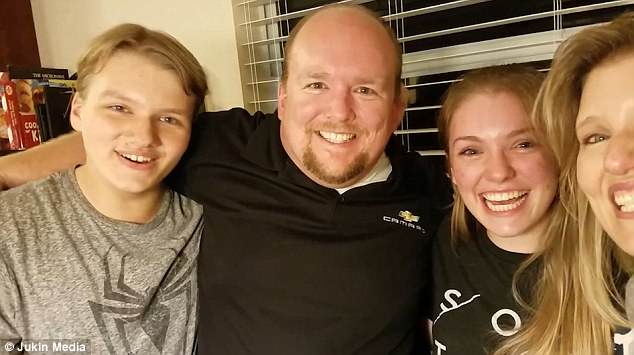 In the video, he then also reveals the whole family are going to a showing of Avengers: Infinity War at the famous Grauman’s Chinese Theatre in Hollywood.

The camera then pans to the brother, who looks bemused by his sister’s reaction.

They then have a group hug and shout ‘We are going to Disneyland.’