The best friend of a teenager who was killed when she was hit by an out-of-control Lamborghini has penned a touching tribute from her hospital bed.

Jordyn Callea escaped with minor injuries while her 15-year-old best friend Sophia Naismith was killed instantly when the luxury car hit the pair on Morphett Road in Adelaide just before 10pm on Saturday.

Jordyn was taken to Flinders Medical Centre with non life-threatening injuries and remains there for treatment.

The teen shared a tribute to Sophia to Instagram from her hospital bed on Monday, describing the keen volleyball player as a ‘strong, beautiful girl’.

‘Every single piece of my heart goes out to this strong, beautiful girl that I will love forever and always,’ she wrote alongside a selfie of her and Sophia. 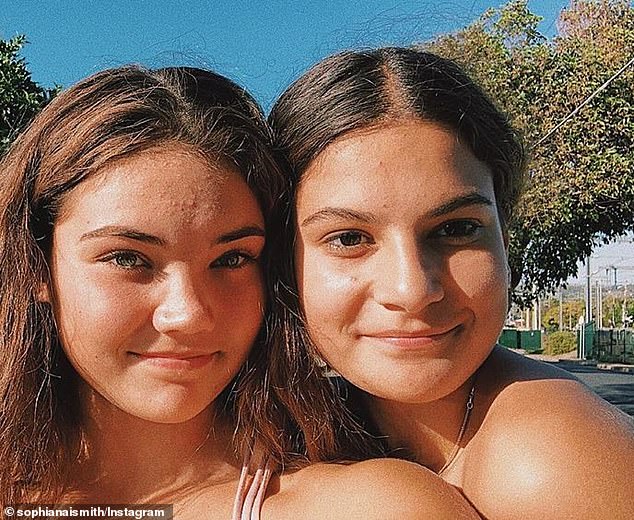 The teen shared a tribute to Sophia (left) from her hospital bed on Monday, describing the keen volleyball player as a ‘strong, beautiful girl’ 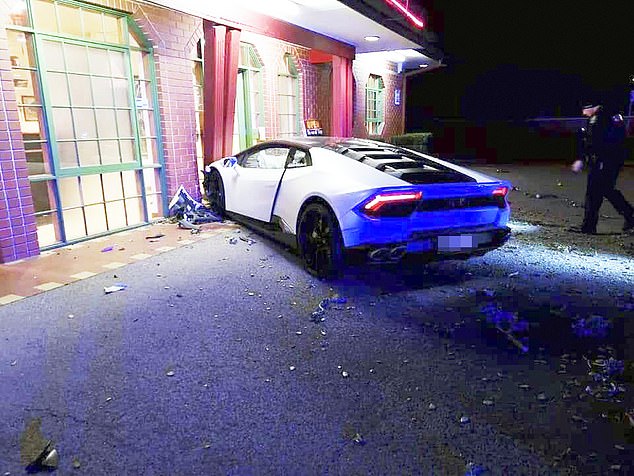 The driver of the vehicle is understood to have lost control and careered onto the footpath, hitting the two girls before crashing into the House of Tien restaurant 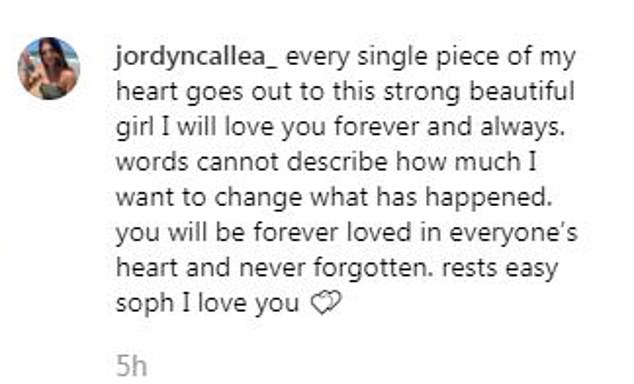 ‘Words cannot describe how much I want to change what has happened. You will be forever loved in everyone’s hearts and never forgotten,’ Jordyn wrote

‘Words cannot describe how much I want to change what has happened. You will be forever loved in everyone’s hearts and never forgotten.’

Friends of the duo were quick to point out Jordyn’s own strength and offer their support.

School friend Daisy Page, 16, said Sophia and Jordyn had been best friends and that the pair were ‘inseparable’ and the ‘nicest girls’.

‘They always put other people before themselves. [They were] really caring, funny and really good at everything,’ she told The Advertiser.

‘We’ll always remember all the happy memories we had of her,’ Daisy said.

Piper Window, who attended the same school as Sophia, described her as ‘really caring’ as well as ‘smart and sporty’. 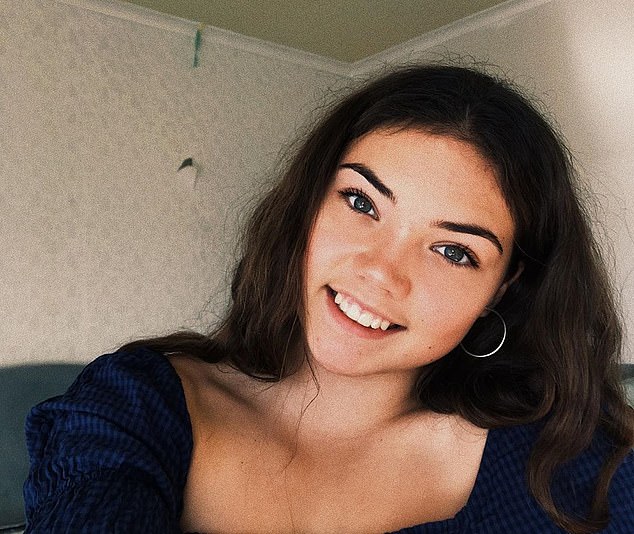 Piper Window, who attended the same school as Sophia (pictured), described her as ‘really caring’ as well as ‘smart and ‘sporty’ 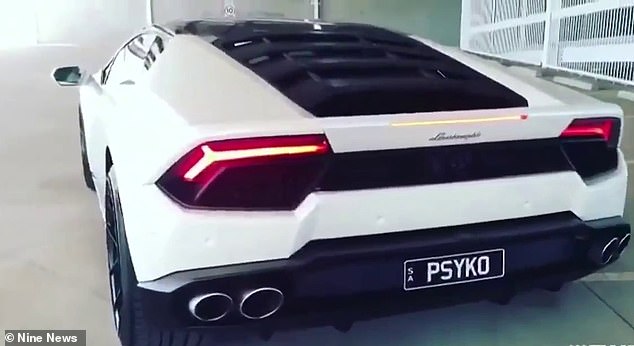 The car, which can travel from 0 to 100km per hour in as little as 3.4 seconds, has featured on YouTube

‘Her family is really close. They’re always together,’ Piper said.

Many of Sophia’s friends have also taken social media to pay their respects to the ‘gorgeous girl’.

‘[Rest] easy beautiful soph, thank you for always managing to put a smile on my face. [I] love you more than you’ll ever know, i miss you already. [I’ll] remember your face forever, fly high baby,’ a friend wrote.

‘My thoughts and love are with you and your family. Rest easy,’ another said.

The $328,000 vehicle – which uses the licence plate ‘PSYKO’ – is believed to have careered onto the footpath before hitting the two girls and crashing through the front door of the House of Tien restaurant.

The driver of the supercar, a 37-year-old man from Elizabeth North known only as ‘Alex’, previously bragged about the 2017 Lamborghini Huracan LP580-2 online. 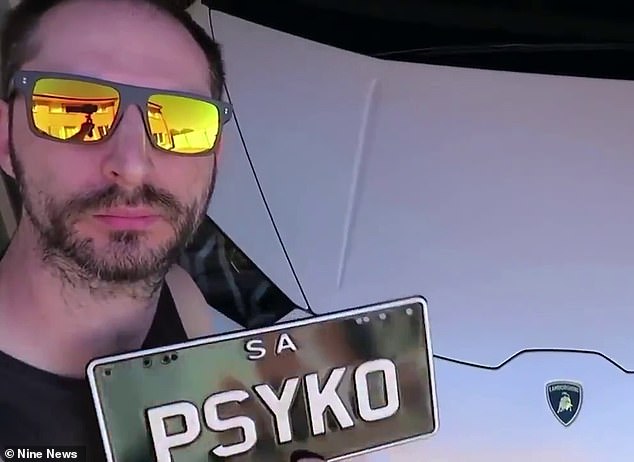 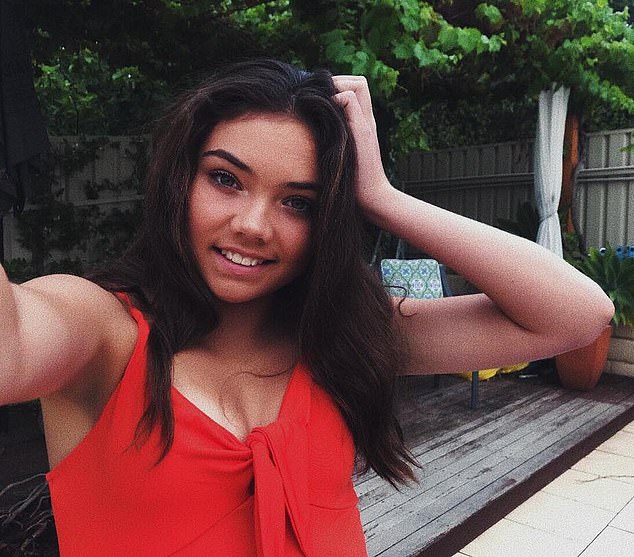 Sophia Naismith, 15, was killed instantly when the luxury car, with the license plate ‘PSYKO’, hit her on Morphett Road in Adelaide just before 10pm on Saturday

The car, which can travel from 0km/h to 100km/h in as little as 3.4 seconds, has featured heavily on his YouTube.

In one video the owner filmed the day he purchased the car, he can he heard saying: ‘Oh my god, it’s not real. It doesn’t feel real.’

In a second clip he says: ‘I’d say if [the car] had wings it would probably fly.’

The driver was reportedly in the car with his wife at the time of the crash.

When approached by 9News, Alex’s wife described the incident as a ‘freak accident’ and said her husband had been driving within the speed limit.

She also noted her husband was ‘not in a good state’ following the crash.

Prior to the incident, Alex is believed to have attended the Wintertime Show and Shine car event, located just 3km away from the crash scene.

Pictures of the crash outside the Chinese restaurant show the wreckage, with its airbags deployed, after it careened into the building. 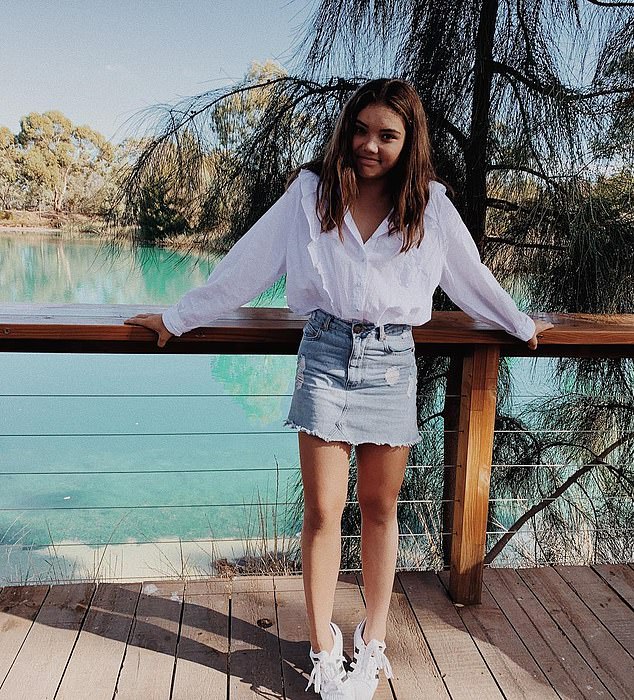 Since her death friends of Sophia (pictured) have paid tribute to her, saying she always put others first

Owner of the House of Tien restaurant Kiet Tran said he had been cleaning the restaurant when he heard a loud ‘bang’.

He said after the car crash he and the driver immediately went to check on the girls, but sadly he knew one had died instantly.

It also had factory extras which include: parking sensors, painted brake calipers and sports upgrade exhaust with optioned tips

It has protective features including: side airbags, passenger airbag, brake assist and driver airbag

Mr Tran said he and the driver then waited for the emergency services to arrive at the scene.

He added the female passenger who had been in the Lamborghini was in ‘shock’ and had been ‘crying and yelling’.

The 2017 Lamborghini Huracan LP580-2 was recently listed for sale.

‘This has been by far one of the best super cars I’ve owned’ and advertised it for a price of $328,888,’ the previous owner wrote in an online listing.

‘The car has been cared for to the highest degree from the wrap since new to being cleaned after every drive.’

The owner noted there was ‘no real reason’ for selling the car, other than he was looking to ‘try something else’.

South Australia Police said the latest crash brought the state’s road toll to 59 – almost double what it was this time last year at 36.

The driver was given bail and will appear in the Adelaide Magistrates Court on July 31. 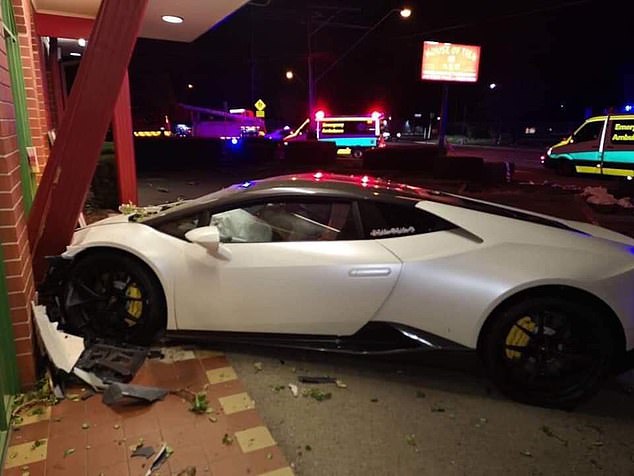