Teenage tearaway is jailed for four years for mowing down policeman

This is the shocking moment a baby-faced teenager joyrider was caught on camera slamming his car into a police officer and sending him flying over the bonnet.

Kash Parkinson, 18, now jailed for four years, has been a big headache for police and locals due to the misery he has brought to his local neighbourhood.

The 5ft 2in criminal, from Ashton-under-Lyne, Greater Manchester, has bragged about his joyriding by posing from the driver’s seat of a £200,000 Rolls-Royce. 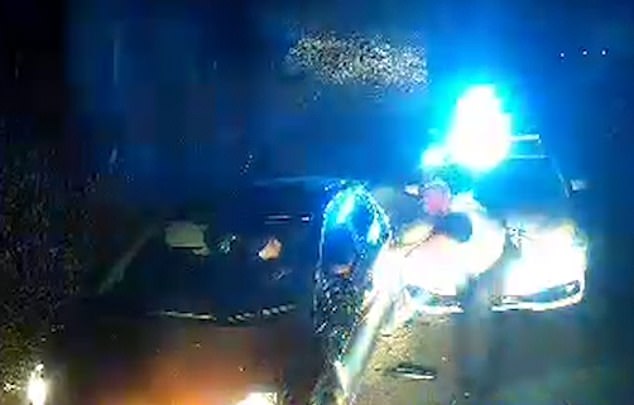 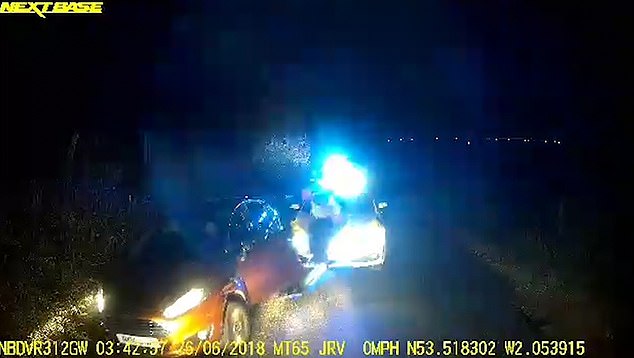 Fed-up residents reported him for repeated car and motorbike thefts. He was also arrested for drugs offences, assault vandalism and even terrorising his grandmother.

But he is now in jail after he mowed down and injured the policeman trying to detain him. He had been on bail at the time over another chase in a different stolen car.

Parkinson, who is 5ft 2in, has proved a massive headache for police and locals

Manchester’s Minshull Street Crown Court heard he tried to shake off a patrol at speeds of over 70mph in a stolen Ford Fiesta which he fitted with false plates.

During the three-minute chase on June 28 this year, he drove on the wrong side side of a dual carriageway at 3.40am before ramming into an oncoming HGV.

PC Christopher Haxby, in pursuit, jumped out and tried to grab Parkinson but the teenager reversed the Fiesta and propelled the officer backwards into the bonnet of the police car.

Despite his head hitting the windscreen, PC Haxby bravely got back to his feet and managed to open the Fiesta door and drew his Taser to detain Parkinson.

The officer suffered whiplash and back pain and had to take time off work. The cost of damage to the police car, Fiesta and the HGV was estimated at £14,100.

In the earlier incident, Parkinson and a group of friends stole a disabled man’s Renault Scenic along with his disability scooter which was in the boot.

Police chased him again and blocked in the stolen car in a suburban street where children were playing – but Parkinson drove up onto the pavement, narrowly missing a child, before driving off at speed and losing the officers. 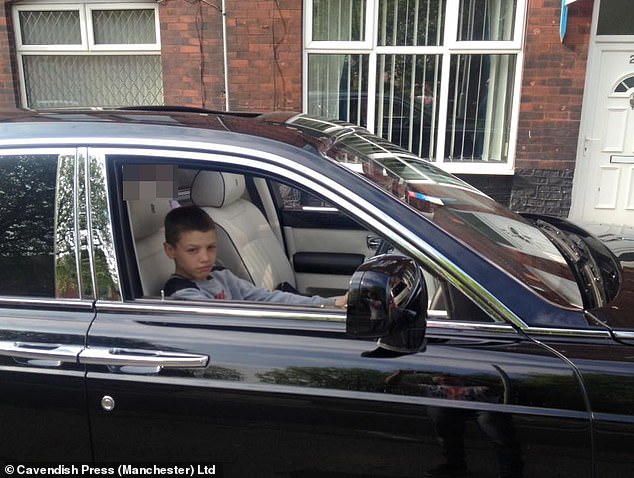 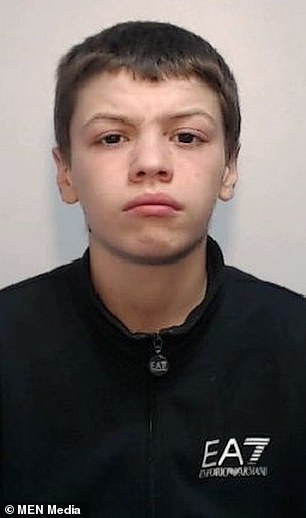 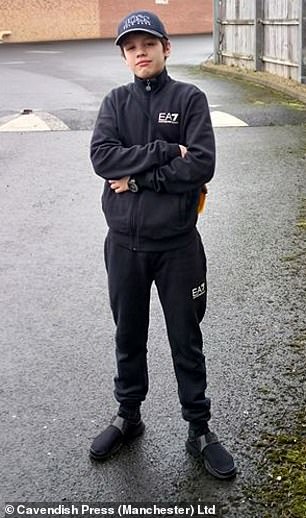 In court, Parkinson yawned and stretched his arms over-dramatically during proceedings 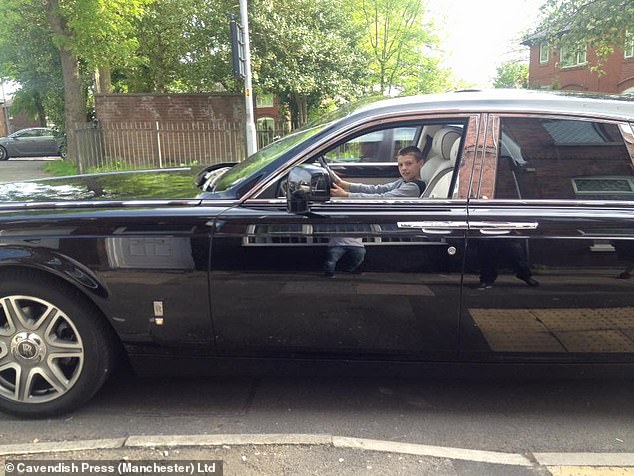 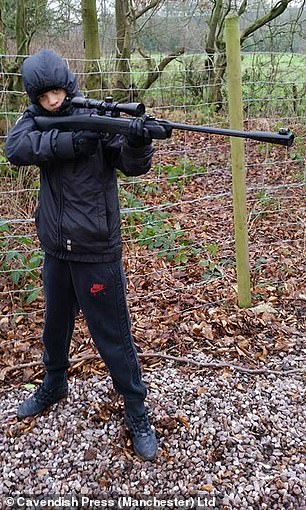 When placed in a care home, the 18-year-old threatened to shoot and stab his care workers

The Renault was found days later completely written off, and the disability scooter was also damaged to the stage it was deemed ‘redundant’.

Magistrates had put Parkinson on youth rehabilitation schemes and banned him from his regular haunts and associating with other yobs – but he just ignored a two-year criminal behaviour order – even booking taxis to meet his cronies.

When he was placed in a care home away from his family, he threatened to shoot and stab his care workers.

He also posted bragging pictures of himself smoking suspicious-looking cigarettes on social media and even has his own name spelt in cannabis leaves.

But now he has been sent to prison. In court, Parkinson yawned and stretched his arms over-dramatically. 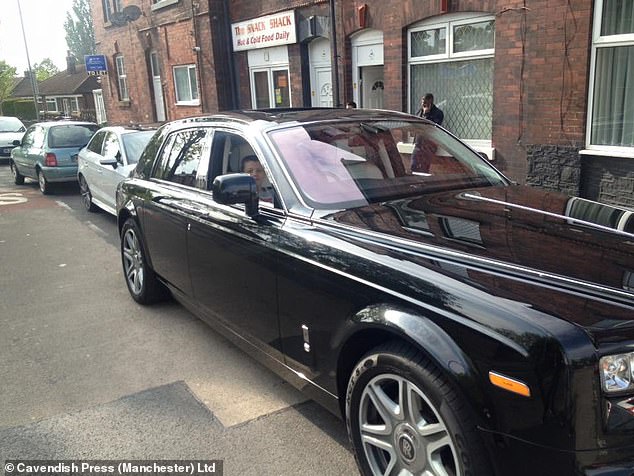 Parkinson in the supercar, which was parked in a modest terraced street near his home 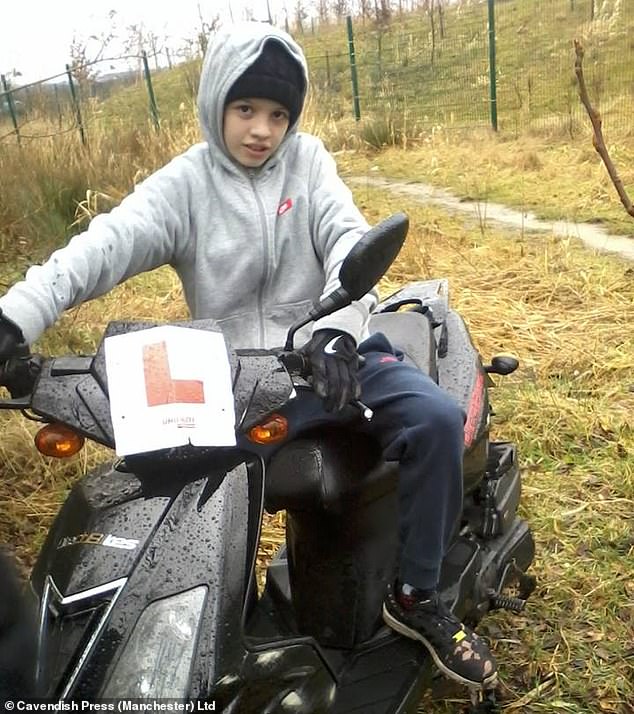 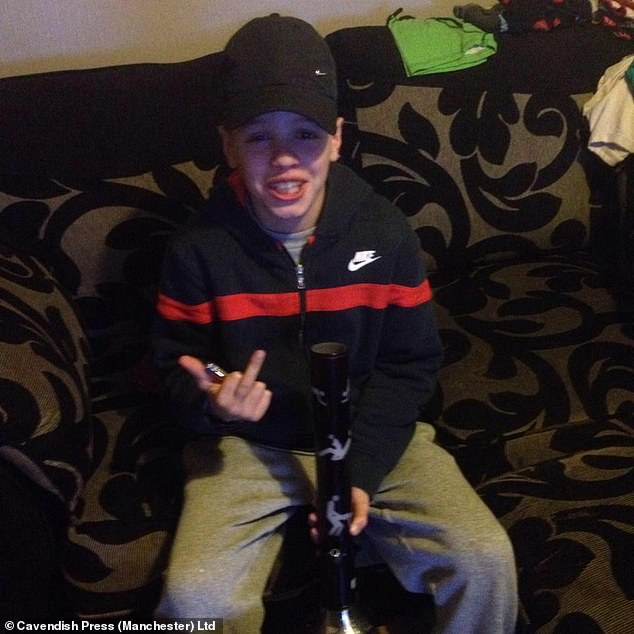 Judge Mark Savill told him: ‘You have shown a lack of respect for the police and a lack of remorse and you have expressed no desire to change. 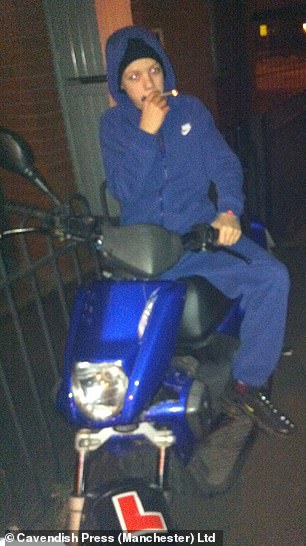 ‘So I must put the protection of the public and a punishment for you first.’

He added: ‘You’re just 18 but have an appalling record and and the footage of the pursuit I have seen is truly chilling. Many people have the good sense to lie when they say they want to change their ways, but you have no idea.

‘That police officer could have been killed because of your selfishness.  It is a wonder how you didn’t kill or seriously injure a member of the public or a police officer.

‘Your pre-sentence report makes a depressing read. I know you have difficulties in your life but you have indicated a lack of remorse and have expressed no desire to change.

‘You present a high risk of reoffending. I am not going to impose a sentence that will crush any hope you have – but you cannot reoffend like this.’

Parkinson was also disqualified from driving for five years.

He has various previous convictions starting from when he was just 11 for offences including vehicle crime, dishonesty, assaults on a police and public disorder. 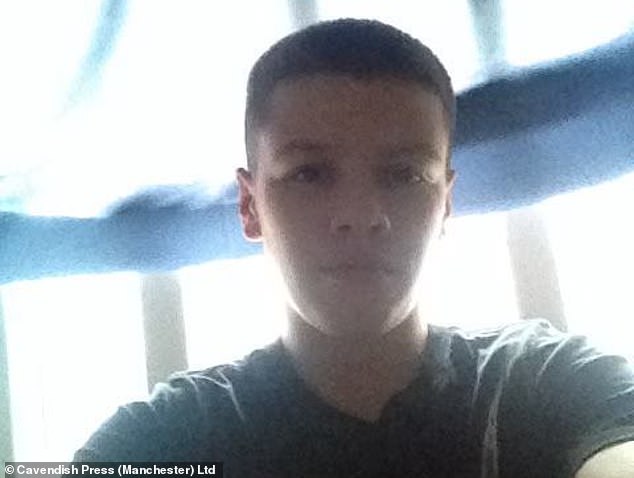 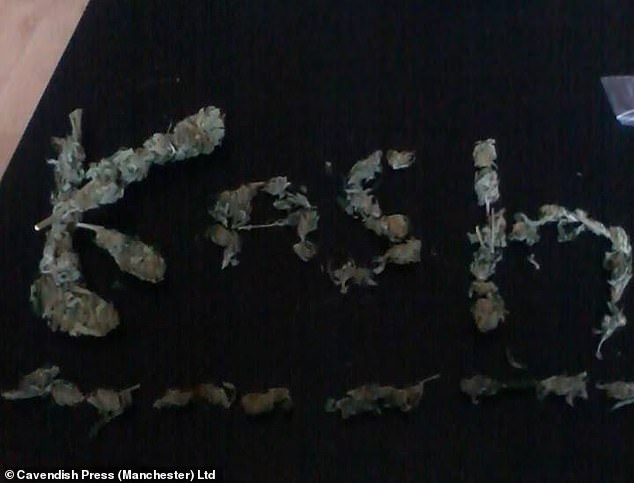 Parkinson even has his own name spelt in cannabis leaves, in a picture posted on social media

His lawyer Mark Fireman said in mitigation: ‘This is somebody who has had one of the worst starts in life. He has been left with many difficulties. 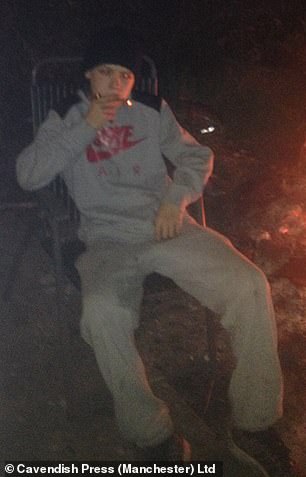 ‘He is physically immature, and emotionally extremely immature. He has been in care for many years. He has had minimal parental input.

‘He is essentially bringing himself up. When one does that outside the control from an older person, the sense of what is right and wrong is extremely blurred.

‘This young man’s record is appalling but he just hasn’t grown up yet emotionally.

But today, frustrated locals – including a martial arts expert – were warning the teenager they will be waiting for him when he gets out of jail.

One posted a message on Parkinson’s social media page saying: ‘You like stealing motorcycles, just a little word of advice, we are coming to pay you a visit in the very near future, so be prepared.’

Another said: ‘I hear it was you that robbed my motorbike. When you get out of jail I’m coming to pay you a visit. We have all had ENOUGH of you.’