Teenager, 18, is charged after he was filmed ‘stealing a busker’s money in Sydney’s busiest mall’

An 18-year-old man accused of stealing a busker’s takings while he performed in Sydney’s busiest mall has been charged.

Martin Campos, 38, was entertaining shoppers at Pitt Street Mall when a man allegedly grabbed cash from his open guitar case about 5.45pm on Saturday.

The Chilean student was livestreaming his performance on Facebook when he was forced to abruptly stop and chase the alleged thief.

The busker managed detain the teenager who tried to flee from the scene with cash he allegedly stole, until police arrived to the area.

Martin Campos (pictured), 38, was entertaining shoppers at Pitt Street Mall when a man allegedly grabbed cash from his open guitar case about 5.45pm on Saturday 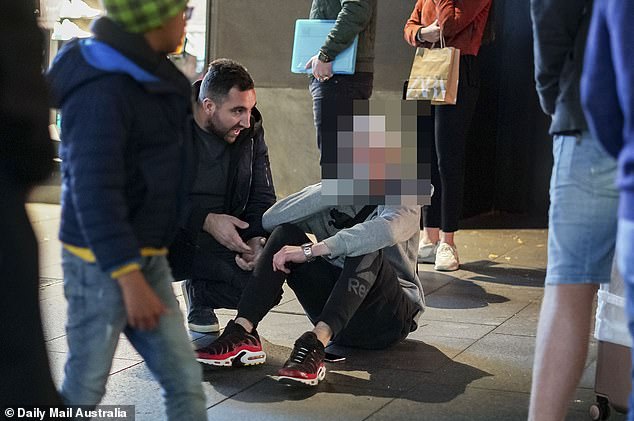 A man, 18 (pictured sitting down), was arrested at the scene and is assisting NSW Police with their inquiries 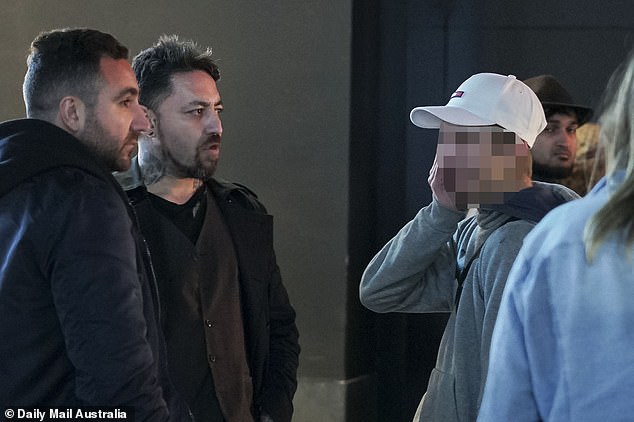 ‘The guy grabbed my case full of notes so I ran after him and luckily, others had seen what happened and managed to catch him,’ Mr Campos told Daily Mail Australia.

‘At first I was angry but afterwards, I just felt sorry for the guy.’

With Mr Campos’ help, Good Samaritans who intervened helped to restrain the man on the ground.

The livestream video doesn’t show the man being caught but captures many shocked bystanders watching the incident unfold with several running in to assist, including a security guard from a nearby store.

Music continues to play on the livestream video for several minutes until an angry-looking Mr Campos returns on screen with his takings.

The end of the video shows the alleged thief sitting on the ground while being detained and doesn’t look happy about appearing on camera.

The incident was witnessed by a Daily Mail Australia staffer.

‘Look at this motherf****r who stole from me,’ Mr Campos tells viewers.

‘This isn’t the first time.’ 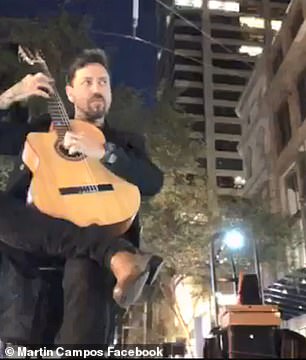 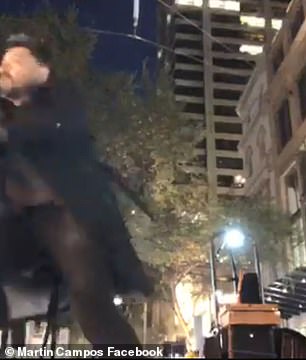 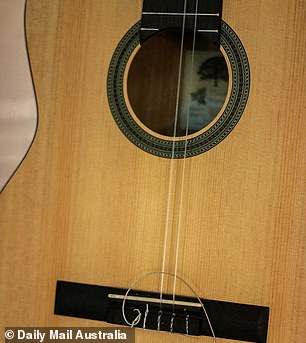 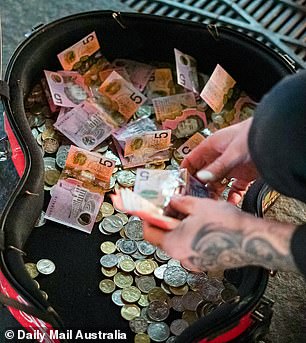 One of the strings on Mr Campos’ beloved $3,000 guitar was damaged while he was restraining the man.

The full-time busker, who has lived in Australia for three years, is devastated about his broken guitar but is grateful his hard-earned takings from the afternoon were returned to him.

He said working as a busker isn’t easy.

‘It’s not the first time this (stealing) has happened and it’s something all buskers are worried about,’ Mr Campos said.

‘This is our job. We all work really hard to pay rent and earn a living. I’m also paying for a visa to stay here and go to school. Buskers have to invest a lot of money, it’s not easy work.’ 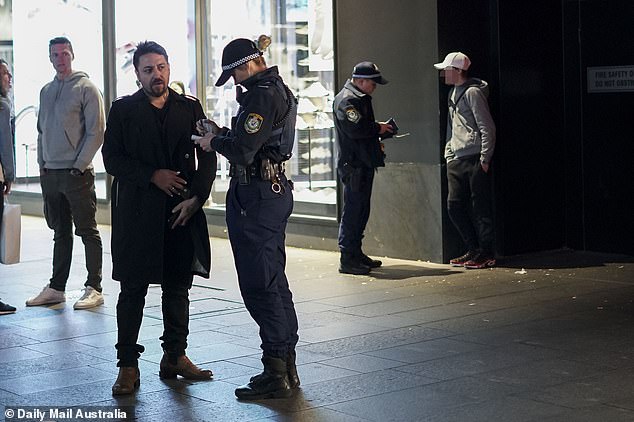 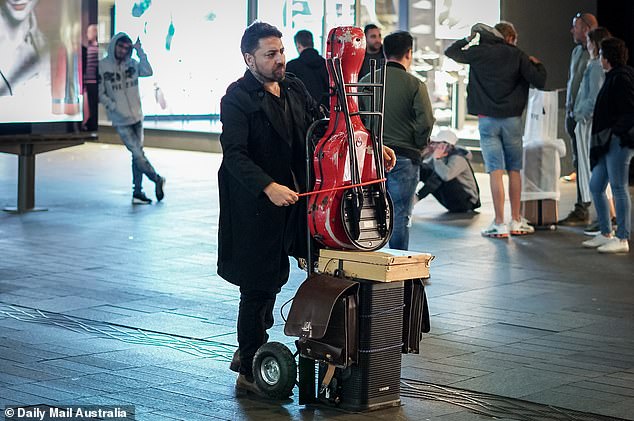 Mr Campos packs up his things after an eventful day but plans to back on Sunday. ‘I need to get my guitar fixed but I will borrow someone’s else if I have to,’ he told Daily Mail Australia

Mr Campos spends every weekend at Pitt Street Mall and despite Saturday night’s ordeal he hopes to back there on Sunday.

‘I need to get my guitar fixed, but I will borrow someone’s else if I have to,’ he said.

Mr Campos said he did not want charges laid against the man, who he believed had fallen on tough times.

‘I don’t want to bring him any more problems,’ he told Daily Mail Australia.

‘If he wanted money, all he had to ask and I would have loaned or given him some. If I could say one thing to him, it would be that’s not the way to make money. If I could ask one question, I would ask, why.’

The 18-year-old was charged with larceny and having goods in his personal custody that were suspected of being stolen and was refused bail.

He will face Parramatta Bail Court on Sunday. 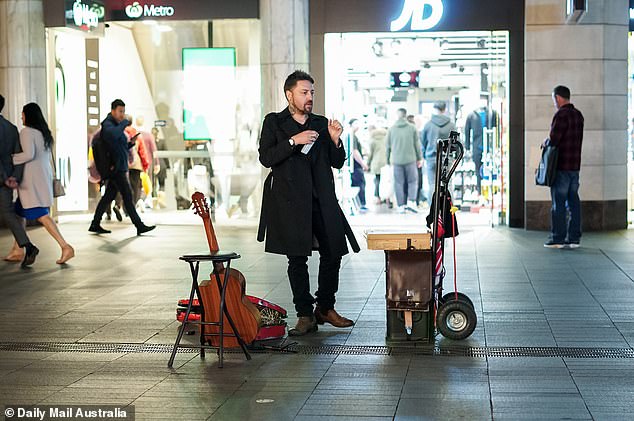