Teenager, 18, is stabbed to death just two streets away from family home where 20-year-old was shot

A teenager has been stabbed to death this afternoon just two streets away from where a 20-year-old was gunned down last week.

Emergency services were called to Vincent Road, Litherland, this afternoon, after reports an 18-year-old man had been stabbed in the chest.

The victim was taken to hospital by ambulance but later died, police said. A force spokesman said a 17-year-old was arrested on suspicion of murder and taken into custody for questioning.

It comes just days after 20-year-old Michael Rainsford was gunned down in his kitchen only a couple of streets away.

And in another unrelated violent incident, a 47-year-old man will appear in court tomorrow charged with murder after a 52-year-old woman was found dead in her home in Bognor Regis on Saturday.

The tragic incident in Litherland at Easter Bank Holiday, occurred just a few roads from where Michael Rainsford was hit by two bullets while in standing in the kitchen of his home in Harrington Road, in Litherland, just after 11pm on Tuesday last week. 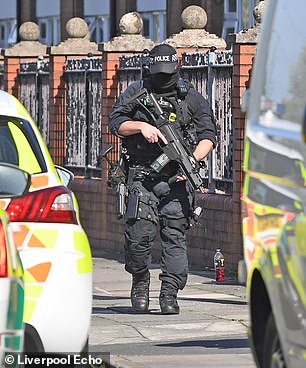 An armed officer at the scene in Litherland, Merseyside, this afternoon

The talented skateboarder was a ‘warm, friendly and handsome’ son who devotedly cared for his disabled mother, his heartbroken family said.

Michael’s father, also called Michael, said his son was never in trouble with police and wasn’t a stereotypical ‘lovable rogue.’

In an emotional and wide-ranging tribute, Mr Rainsford, 53, told how the part-time landscape worker looked after his mother Joanne, 43, who suffers from DiGeorge Syndrome and a form of psychosis.

He said Michael loved fish, and was in the middle of building a pond in the back garden of the Harrington Road where he was shot.

Michael almost won a prestigious skateboarding trophy in 2013, coming second to an Olympic athlete during the competition at the O2 Arena in London. 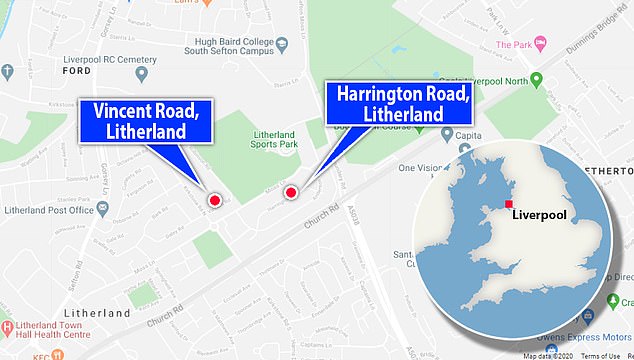 The deaths of the two young men took place in streets very close to one another in Merseyside. The 18-year-old was killed today on Vincent Road. And Michael Rainsford gunned down on Harrington Road last week 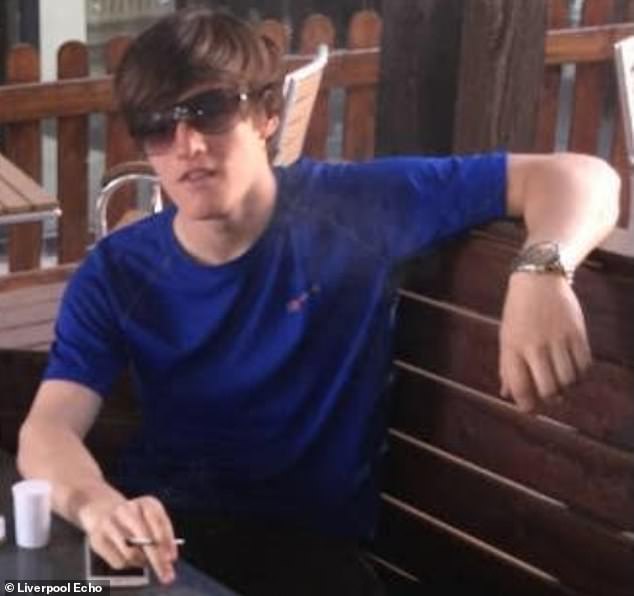 The talented skateboarder was a ‘warm, friendly and handsome’ son who devotedly cared for his disabled mum, his heartbroken family said 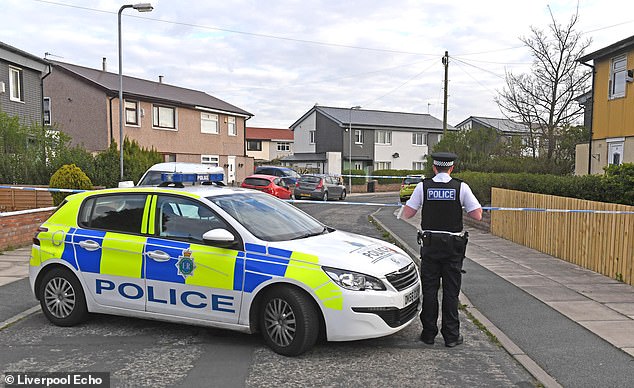 A talented skateboarder shot dead in his kitchen was a “warm, friendly and handsome” son who devotedly cared for his disabled mum, his heartbroken family said. Pictured: Police on Harrington Road on April 7

Meanwhile, a man will appear in court tomorrow charged with murdering a woman found dead at her home in Bognor Regis on Saturday after neighbours noticed she had not been seen for days.

Ruth Brown, 52, described by her family as wonderful, loving mum, was found after a concerned neighbour called at her house. 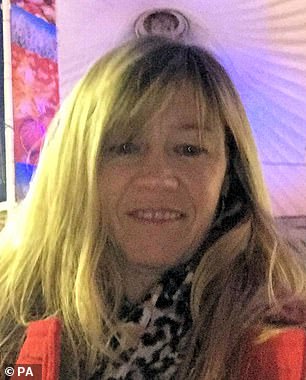 Ruth Brown, 52, described by her family as wonderful, loving mum, was found after a concerned neighbour called at her house

Police were called after her body was seen inside the house at Collyer Avenue, Bognor on Saturday afternoon.

Bin man Wayne Morris, 47, was arrested on the Isle of Wight less than 24 hours later on Sunday morning.

Sussex Police said he was charged with murder on Monday afternoon.

In a statement, Ruth Brown’s family said her death left a gap in their lives which could not be filled.

‘Mum was a wonderful, loving woman and her loss, under such dreadful circumstances, leaves a gap in our lives that will never be filled.

‘She was a mother, a daughter, a sister, well known, loved and respected by us and her circle of friends in Bognor and beyond.

‘We ask that we be permitted to grieve in privacy and that justice for mum be allowed to take place in the proper way.’