Teenager, 19, accused of murdering his 15-year-old sister at caravan park appears in court

This is 19-year-old Matthew Selby pictured with his arm around his younger sister Amanda, who he is accused of murdering while on a family holiday to a busy seaside caravan site.

North Wales Police have described the tragedy as a ‘domestic disturbance’ at Ty Mawr Holiday Park near Rhyl.

Selby is suspected of killing his younger sibling Amanda, attacking and seriously injuring their father, and then allegedly taking their grandfather hostage before his arrest on Saturday.

Selby, wearing a grey sweatshirt and between two guards in the glass-fronted dock, spoke only to confirm his name, address and date of birth and to confirm that he understood the charge.

Prosecutor James Neary said there was no entitlement to bail while Selby’s defence solicitor Simon Sargent said during a hearing which lasted less than two minutes : ‘I have nothing to add, save to say this a tragic case.’

An air ambulance rushed to the scene on Saturday afternoon, as parts of the Parkdean resort and a caravan were cordoned off while police carried out an investigation in the 100acre park.

Neighbours told MailOnline that Selby lived with his grandparents after his parents’ relationship broke down.

One said: ‘We’ve not seen Matthew or Amanda as much recently because mum and dad had split up. Amanda went with mum and Matthew stayed with dad for a while before moving in with his grandparents. He was a happy lad. It’s so sad.’

Another said: ‘He was very vocal. You could hear him before you saw him. He seemed nice enough. Their mum is disabled and rides around in a motorised scooter. I never really saw much of the girl. She was always polite and would say hello.’.

Matthew’s nickname as a youngster was ‘chicken legs.’ One resident said: ‘My kids are of a similar age and, as kids do, they give each other nicknames. His was chicken legs because every time we saw him, he was tucking into chicken legs.’

Matthew Selby with his sister Amanda, who he is accused of murdering on a summer holiday in north Wales 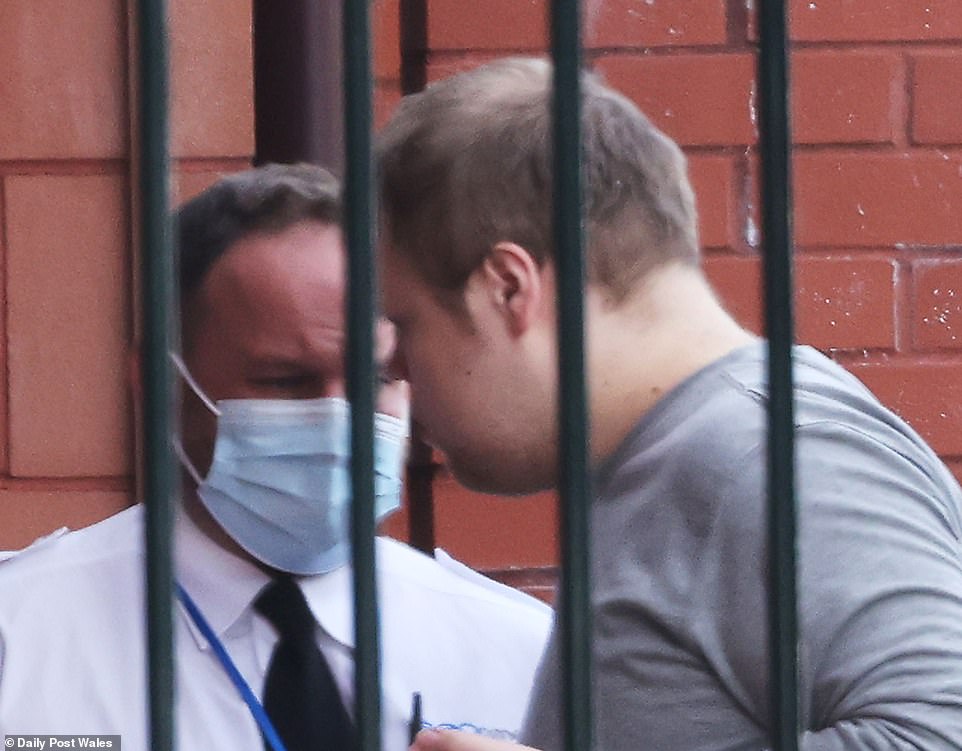 Matthew Selby, 19, arriving at Llandudno Magistrates, charged with the murder of his 15-year-old sister Amanda 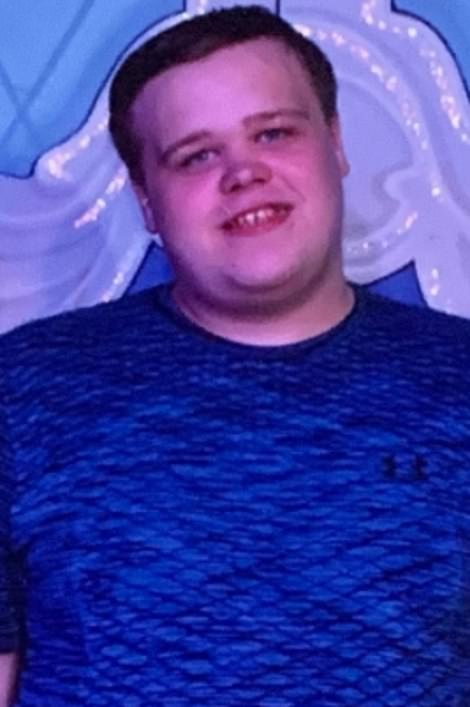 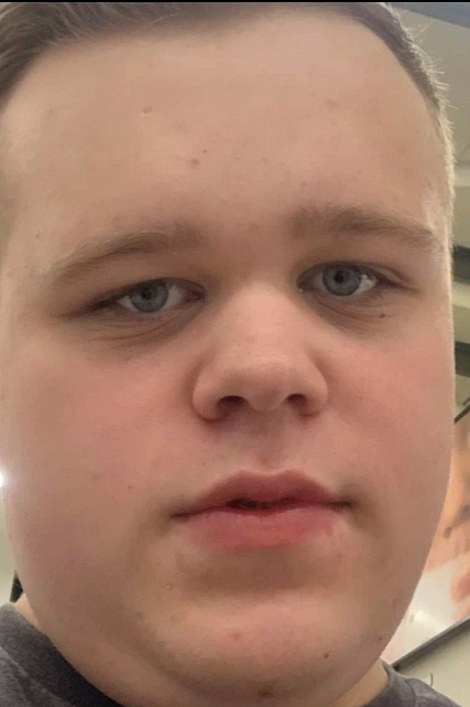 Selby (pictured)  is suspected of killing his younger sister, attacking and seriously injuring their father, and then allegedly taking their grandfather hostage before his arrest 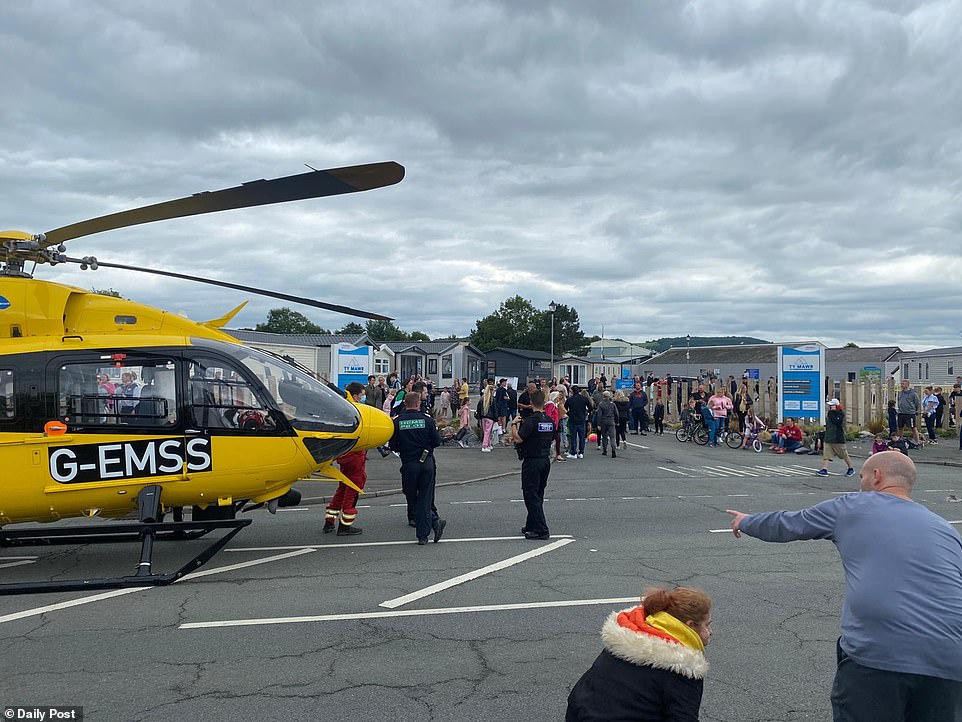 An air ambulance was rushed to the scene at Ty Mawr park in Towyn, north Wales on Saturday afternoon

Eyewitnesses reported the air ambulance landed on the A548, which was shut in both directions, at around 3.30pm, with two ambulances and three rapid response vehicles in tow.

A police spokesman said: ‘Following an incident at Ty Mawr Holiday Park, Towyn, on Saturday afternoon, 19-year-old Matthew Selby from the Greater Manchester area has this afternoon been charged with murder’.

Mother of two Carly Hargreaves, 44, who arrived on holiday from Manchester on Friday, said about eight police cars, three ambulances and the air ambulance arrived to the park.

She said from outside the vast caravan and campsite: ‘We are staying two rows behind where it happened and didn’t hear a single thing.

‘I can’t stop thinking about it because my son is 16. To come away on holiday and not go home with that special person is tragic. It’s a normal family-orientated site.’

On Sunday, police cars were seen entering the site as investigations continued.

Ty Mawr, close to the sea and part of the Parkdean Resorts chain, is one of the more upmarket holiday venues, with a heated indoor pool among other amenities, a far cry from the rough and ready image of camps of old.

Tens of thousands of holidaymakers are staying in camps along a strip of coastline on what is traditionally one of the busiest weeks of the year. 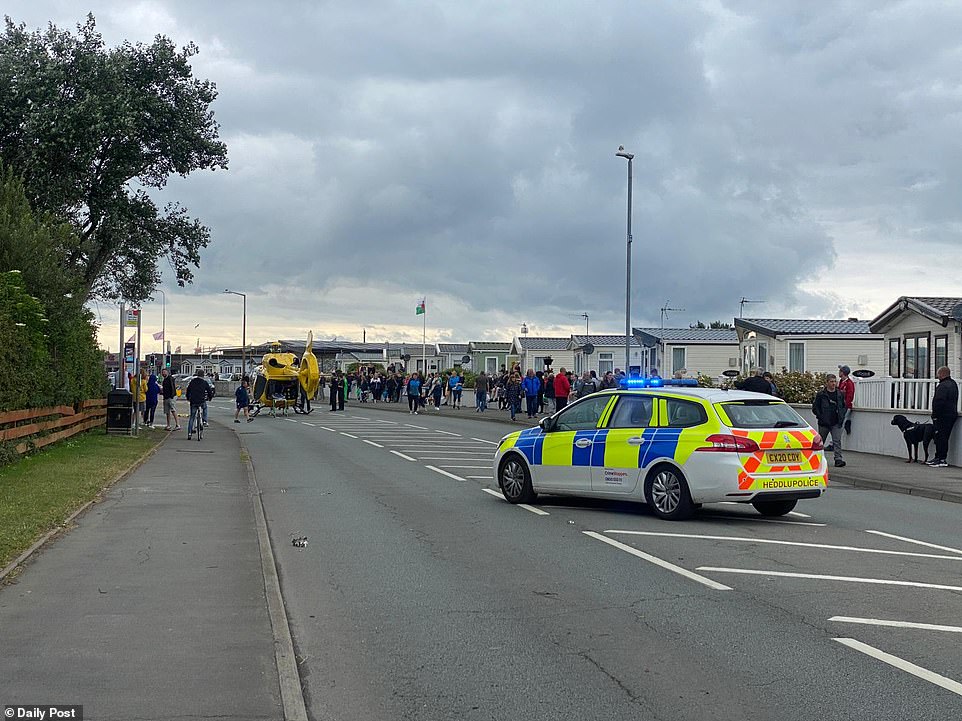 The force said: ‘We would ask the public not to speculate about this incident on social media as this is an active investigation.’

Images posted from the scene on Saturday showed dozens of people waiting in a car park while an air ambulance and police cars were parked nearby.

Another image showed a caravan which had been taped off by detectives.

Kay Redhead, mayor of Towyn and KInmel Bay said: ‘It’s knocked us to the core. This is a fantastic place where we welcome everyone. This time of year we have 45,000 to 50,000 extra people in the area and with staycation it’s ready bustling. Ty Mawr is a well organised and managed family camp and when something like this happens it affects everybody..’

Mrs Redhead added: ‘I would like to express condolences to the family. It’s a tragic situation.’

A spokesman for Ty Mawr holiday park, which is part of the Parkdean Resorts brand, said at the weekend it was ‘shocked and saddened’ by the incident which it described as ‘isolated and unprecedented’.