Teenager, 19, killed himself with his rifle after he was refused a career in the Army

David Morrice was found dead near his home in Widnes, Cheshire

A teenager shot himself with his own gun after he failed an Army fitness test because of his asthma.

David Morrice had spent a year training with the Territorial Army and hoped to make it a full time career before he was prescribed an inhaler to cope with his respiratory problems.

An inquest into his death heard that at the same time, the 19-year-old failed his driving test.

Despite securing a job at the Post Office, he began to withdraw from friends and family and refused help.

The teenager, who was a keen amateur shooter and member of a local gun club, obtained his own gun certificate and bought himself the rifle.

In a statement read to the hearing in Warrington, Mr Morrice’s mother Susan she said in the days leading up to her son’s death, he was upset when he went to meet friends for a night out in Liverpool but ended up on his own.

She said he then ‘cut himself off’ and was in denial that he needed any help.

On April 21, Mr Morrice wrote a note saying: ‘My life is practically over’ and took the rifle to a park near his home in Widnes, Cheshire where he took his own life. 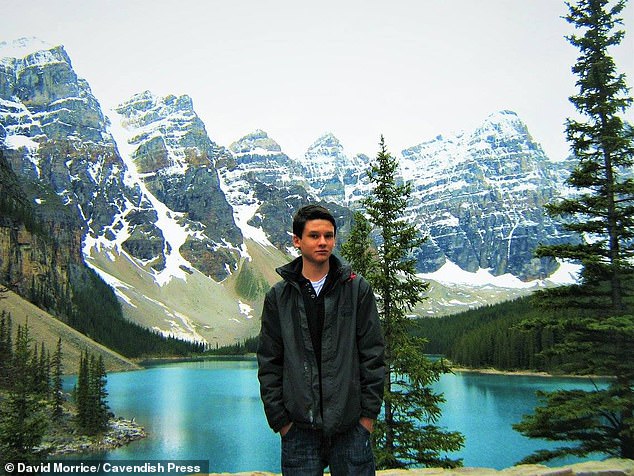 The teenager, who was a keen amateur shooter and member of a local gun club, obtained his own gun certificate and bought himself the rifle

Mrs Morris told the inquest her son enjoyed the TA and developed an interest in joining the army full-time some 12 months before his death.

She said he was a ‘responsible’ member of the shooting club and bought himself a rifle in 2017.

She added: ‘In December 2017, [David] had done a medical assessment in relation to his involvement with the territorial army, he was hoping he would enlist as a full-time soldier and as a full career.

‘But he had recently had an inhaler prescribed to him for asthma.

‘He also failed his driving test at around that time which was another blow to him. He took on temporary work at that time working for the post office dealing with the Christmas rush of deliveries.

‘In early April, David was very upset about plans for a night out in Liverpool. He hoped to meet friends for a night out but he ended up there on his own. Around the middle of April, he started to cut himself off.

‘I tried to persuade David to speak to his GP about it but he was in denial that he needed any help from any outside agencies.

‘The last time I saw David was on the night before his death.

‘He was speaking about going to Aberdeen to visit his dad and was speaking about ways that I could go with him. I had been so worried about him but I thought he was maybe turning a corner that night, he seemed to be more positive.’ 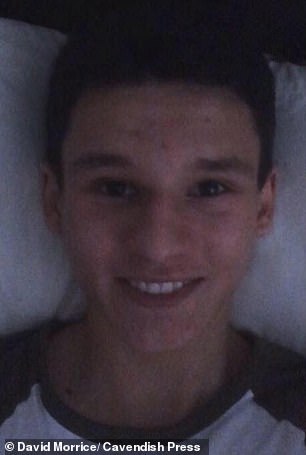 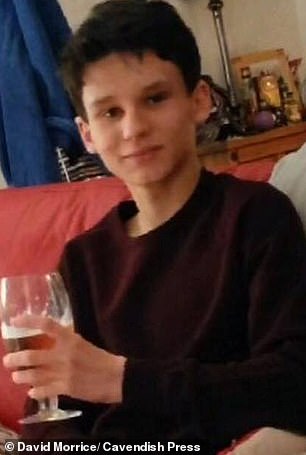 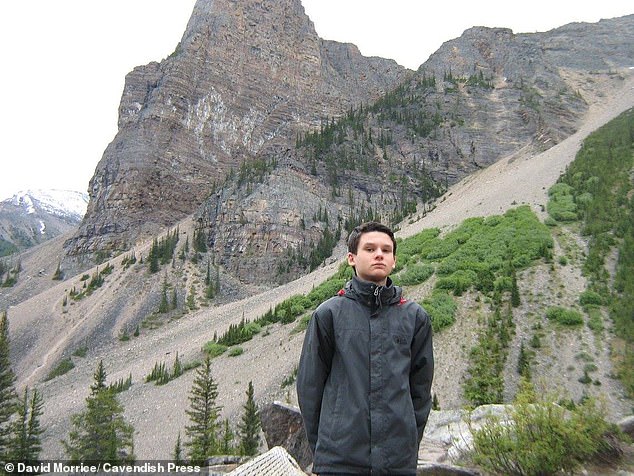 On April 21, Mr Morrice wrote a note saying: ‘My life is practically over’ and took the rifle to a park near his home in Widnes, Cheshire where he took his own life

Eye witness Susan Topping was walking home from a family BBQ at 1am when she saw David standing in Victoria Park in Widnes.

She said: ‘I just thought it was strange. I thought maybe someone had a little dog and they had claimed over the railings to get it. I don’t think the person noticed me, I started to carry on walking.

‘I could not see anyone else in the area. Then I heard the loud bang which sounded like a firework but was much louder and sharper. At first I was scared to turn around but I stopped and looked around and saw the person I saw earlier lying on the floor. I tried to climb the railings but they were too high and I called the police.’

Police at the scene ruled out any third party involvement or suspicious circumstances and found the three-feet long rifle beside Mr Morrice’s body.

A hand-written note was also found in his rucksack which said that his ‘life was practically over’.

The note also described a feeling of ‘unhappiness with his life’ and he said he would miss walking his dogs, feeding the ducks and shooting at the shooting range.

Recording a conclusion of suicide, coroner Peter Sigee said: ‘David had obtained a certificate entitling him to own and keep a rifle at his home address. This was a positive in David’s life as he joined a gun club and enjoyed his hobby.

‘But sadly an application to join the army on a full-time basis was declined due to his asthma. His condition in April appeared to be deteriorating. His mother tried to encourage him to go to his GP but he declined.

‘I accept the evidence that the cause of David’s death was a self-inflicted gunshot wound from his own rifle.’