Teenager, 19, is charged with animal cruelty after disturbing footage emerged showing him ‘gripping an emu by its neck and tearing feathers out of its body’

A 19-year-old man has been charged over an alleged act of animal cruelty to an emu.

Police launched an investigation after disturbing footage emerged of a man allegedly trying to ride an injured emu before ripping handfuls of feathers from its back.

The alleged incident is believed to have happened in Coonamble, rural New South Wales on Sunday night.

The teenager was arrested at a Dubbo home on Wednesday before he was charged with recklessly beat, cause prolonged suffering to animal.

The man was granted conditional bail to appear at Dubbo Local Court on Monday, 22 July.

In the video, which was uploaded to Facebook this week, the male in a blue jumper can be seen pinning the bird down by the neck as it struggles to escape.

A woman can then be heard say: ‘This is going to be funny as f**k’.

As the man lifts it, hundreds of feathers fall to the ground. 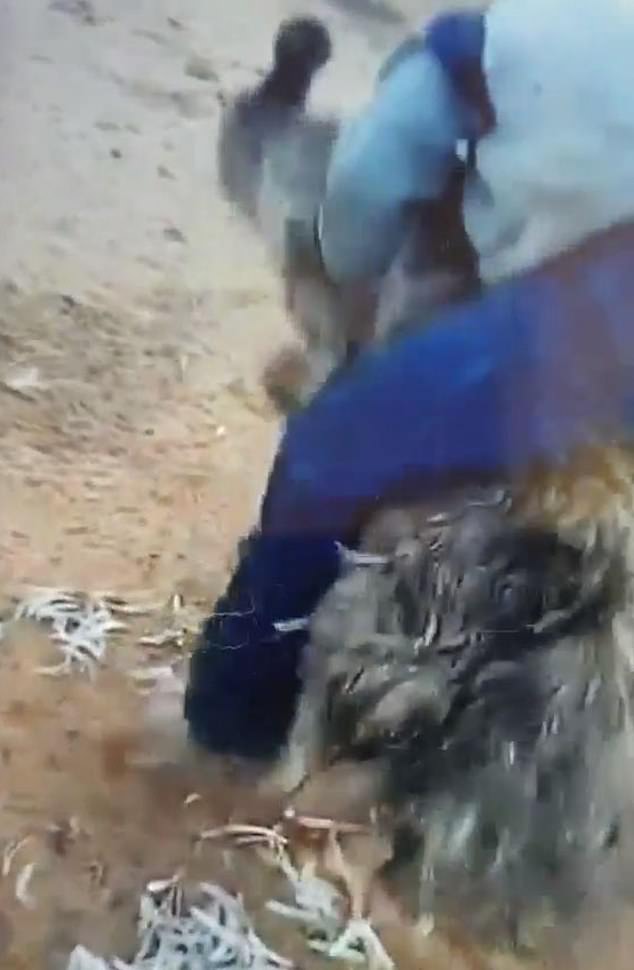 The emu had been caught in a wire fence when the group went to save it, but once it was free the alleged tormenting began

‘It can’t stand bro,’ the woman can be heard saying.

Another male can be seen helping the man drag the emu by the head and neck before the bird manages to leap to its feet.

As the bird attempts to flee, the man then quickly leaps on its back.

After failing to ride the creature, the man then rips handfuls of feathers from its back, tossing the feathers joyfully into the air, while his friends laugh hysterically.

The emu’s back is almost completely bald by the time the man decides to stop.