Teenager DIES after contracting meningococcal infection after outbreak at festival

By Madeleine Achenza For Nca Newswire

A teenager has died after contracting a meningococcal infection, just days after a music festival warned its attendees of a potential outbreak.

NSW Health made the announcement on Monday. The woman is the third person to die due to the disease in NSW this year.

Her death comes just days after Spilt Milk music festival issued a warning on Saturday that an infected person attended the festival on November 26, was currently in Canberra Hospital.

It is not known if the deceased teen attended the festival.

Health authorities are on high alert after multiple cases of meningococcal outbreaks have presented in the Mackay region.

Meningococcal disease is a rare, but serious and sometimes fatal infection.

Parents and young people are being urged to stay alert to the symptoms of meningococcal disease and act immediately if they appear.

So far this year, there have been 29 cases of meningococcal disease reported in NSW.

The majority of cases have been due to meningococcal B strain of the infection.

Meningococcal disease is now uncommon thanks to vaccination but still occurs year round with increased cases during late winter and early spring. 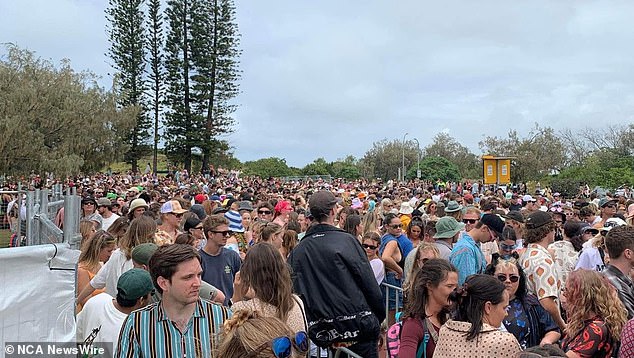