A 19-year-old New Hampshire man has been charged after helping his roommate commit suicide.

Parker Hogan appeared in court on Tuesday to face charges of causing a person’s death and falsifying evidence after his friend, Michael Buskey, killed himself.

On May 8, Buskey commit suicide in the woods near his apartment in the town of Plymouth.

Prosecutors say Hogan brought him a gun, a notebook and a pen for him to compile a suicide note then told him how to  correctly aim the gun on his temple. 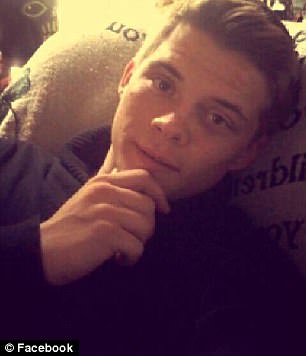 Parker Hogan, 19, (left) is shown in court facing charges of causing a death or suicide. His roommate Mikey Buskey (right), also 19, shot himself in the woods behind their apartment on May 8

He allegedly waited nearby until he heard a gunshot then returned to the woods the next day, withholding the fact that his friend was dead, before calling police.

He also, it is alleged, removed a phone from his pocket that had been playing a song on repeat and he took the gun and the note, which Buskey had written for his family, away from the scene. 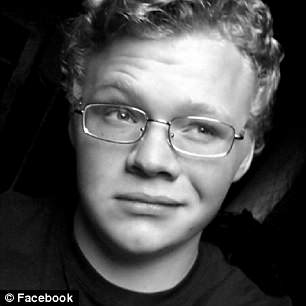 Hogan (pictured) went with his friend into the woods with a gun, a notebook and a pen, prosecutors say. He then left him there and listened for the gunshot, it is claimed

Police say that there is also proof Hogan attempted to wipe the gun of fingerprints.

He called Buskey’s father along with the police the next day, according to police.

Buskey’s family are at a loss over his suicide and say that while he had issues, he appeared to be in a better frame of mind than he had been in the past.

‘He loved helping his friends.

‘He was always there for people if they needed him,’ Jennifer Phelps, Buskey’s mother, told WMUR.

Before his death, Buskey was arrested for alleged witness tampering and assault. He was accused of hitting a woman and claiming that she was the suspect in a sexual assault investigation. 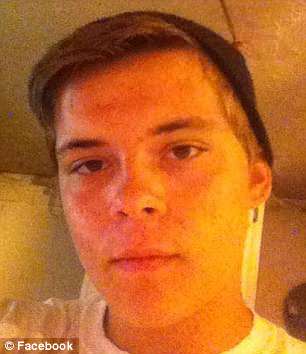 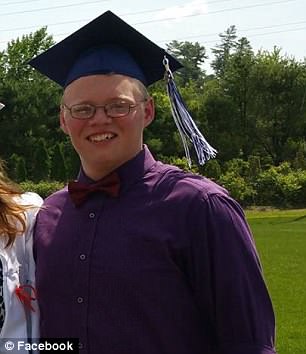 Earlier this year, Buskey was arrested for assault and witness tampering. He is pictured (left) and Hogan is seen (right) after his high school graduation

The woman had called police after being punched in the face by another man.

It is not clear what Buskey did for work, if anything, or if he was studying when he died.

After his death, friends and family arranged a fundraising page to help his family meet funeral costs.

There, they described him as a ‘sweet and troubled’ boy whose life was ‘cut short’.

Hogan was released from custody after posting bail. He is awaiting his next court date. 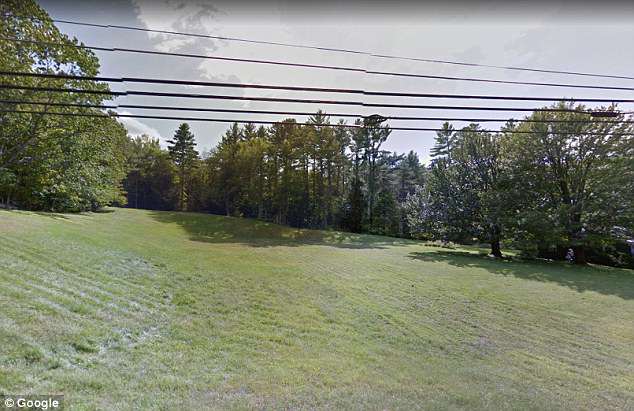 These are the woods behind the home where Buskey was registered as living in February when he was arrested. It is not clear if this was where he was found on May 9 or not