A twisted mother left her teenage daughter in a motel room where she was raped by a man who told her he wanted to have sex ‘with a younger version of herself’.

The woman, 47, called her daughter ‘a f***ing bitch’ in an Ispwich courtroom on Wednesday as she was sentenced to four years’ jail, Sunshine Coast Daily reported.

Years earlier, the deranged mother took the girl by bus to a motel in Toowoomba, west of Brisbane, feeding her Vodka Cruisers and promising a ‘girl’s trip’.

The woman then left her daughter in the room and waited outside while she was raped by a man named ‘Thommo’, who had unprotected sex with the girl.

The now adult victim broke down in court and said she would never forgive her mother, who claimed she feared the man would break up with her if she didn’t oblige.

‘I’ve felt nothing but pain, anger… mentally numb as to how a mother can do this to a child,’ she said to her mother in court, the paper reported.

‘Words cannot express my loss of a childhood by your actions, your lack of compassion. Your actions will not, cannot be forgiven’.

The 47-year-old pleaded guilty to procuring a young person (daughter) for carnal knowledge, according to the paper. 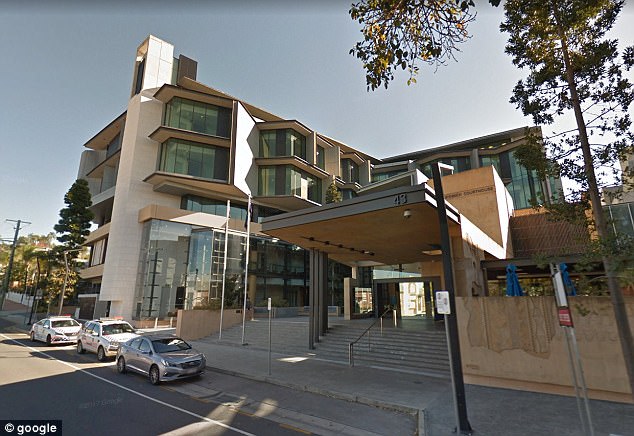 The woman, 47, called her daughter ‘a f***ing bitch’ in an Ispwich courtroom on Wednesday

The woman’s defence barrister said his client pleaded guilty on the basis that she did not believe the girl would be raped.

Her four-year jail term will be suspended after she serves 12 months behind bars.

‘What occurred was your daughter was raped. You procured her and you stood by while all that happened,’ Judge Dennis Lynch said.

Police are yet to arrest ‘Thommo’.