A teenager who lives in her own little house in a ‘tiny village’ occupied just by her family is going viral with her home tour videos on TikTok.

Lennox Brinks, 18, has over 355,000 followers on the platform who can’t get enough of her family’s unusual living situation.

The Kentucky-based family upped sticks and moved from Michigan to the plot of land in search of a different lifestyle.

Little house: A Kentucky-based teenager is going viral on TikTok after sharing insights into her family’s unusual living set up in their own ‘tiny village’ 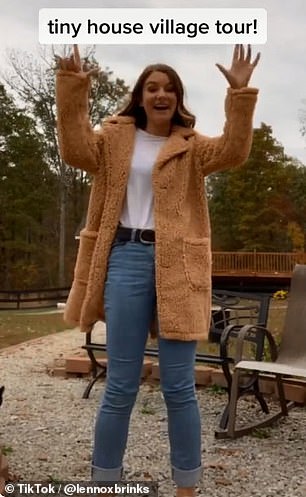 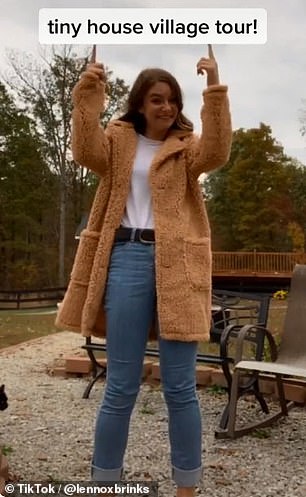 Comedienne: Lennox, pictured, has amassed 355,000 followers with her humorous videos about how her and her family live

Lennox told DailyMail.com: ‘About five years ago, my mom decided that she wanted to leave Michigan so we searched for land down here in Kentucky.

‘Here she decided, instead of getting a big house, that we should downsize and try to live more environmentally sustainable.’

It then took about a year and a half to get the sheds all set up before the Brinks moved in. 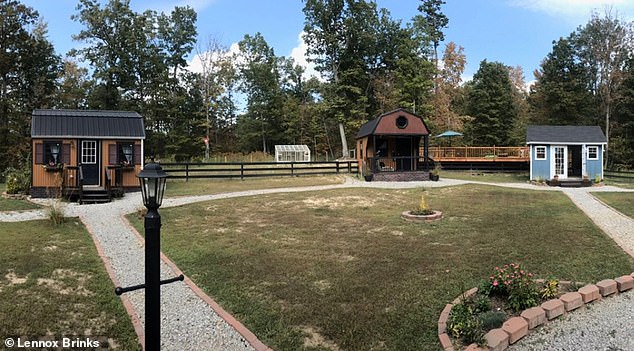 Home sweet homes: The small buildings are all occupied by Lennox and her family, much to the fascination of TikTok viewers 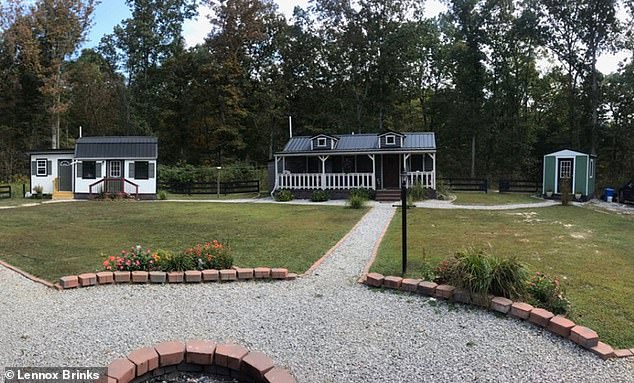 The village: The family-of-four are spread out across three homes, an office, a pool house and a bathroom and there’s also a barn on site 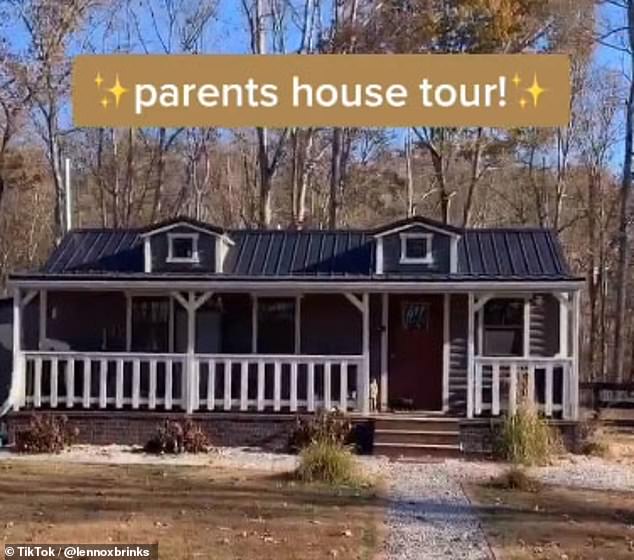 Tours: Lennox shares plenty of tours of the buildings online, much to the delight of her curious followers 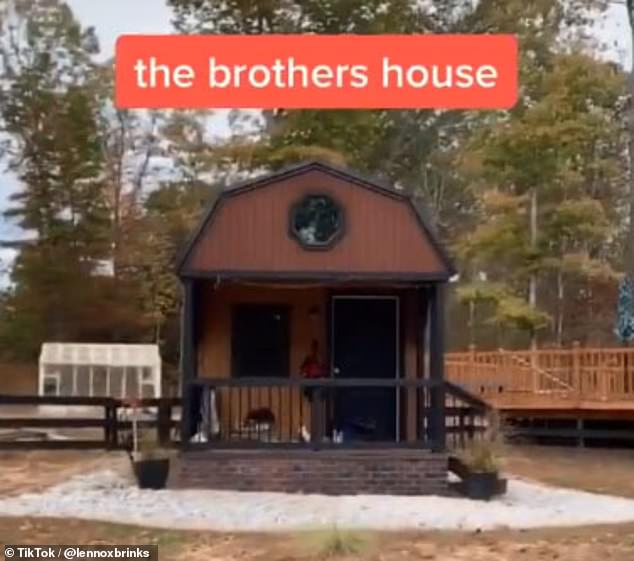 Digs: Lennox’ brother Brodey, 16, also lives in his own humble abode and has done for years

‘We bought the houses, and then my dad insulated them and painted them,’ Lennox explained.

‘There are seven all together: the barn, my house, my brother’s house, the pool house, the bathroom, my parent’s house and the office.’

Her own 10 x 16-square-foot house is comprised of one room, with her bed situated in a loft.

Having lived alone in her own digs for the last four years, the student is now very accustomed to her independent living set up.

Her brother Brodey, 16, also lives by himself. 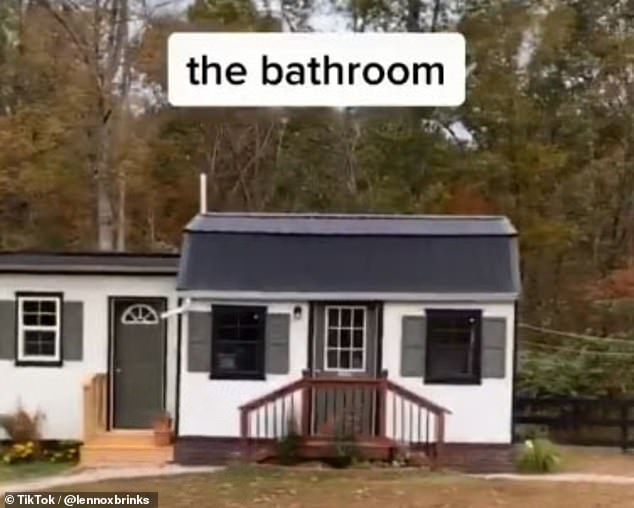 Nature calls! When Lennox or Brodey have to use the bathroom, they must leave their house and go to another building 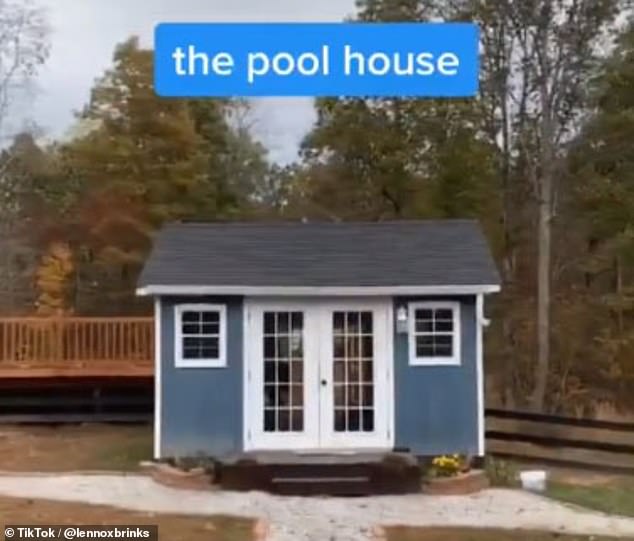 Downsize: The Brinks family moved from Michigan to the plot of land in Kentucky and wanted to try out a novel way of living, opting for multiple small buildings instead of one large house 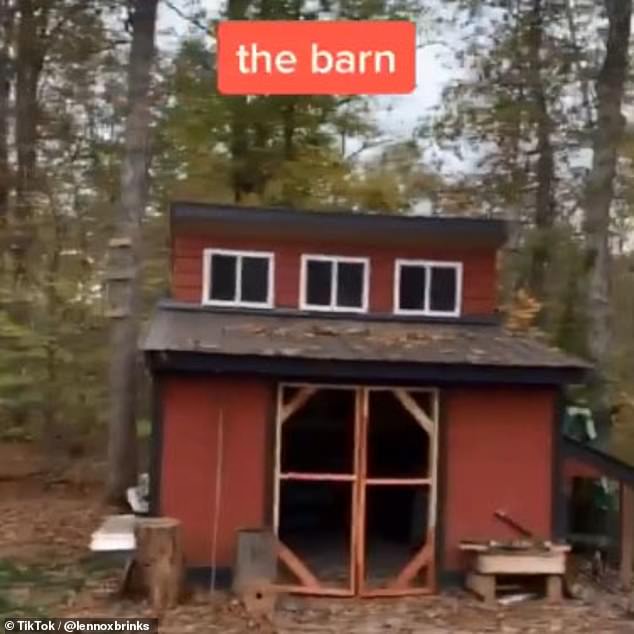 They thought of everything: Each small shed-turned-building has a function for the family 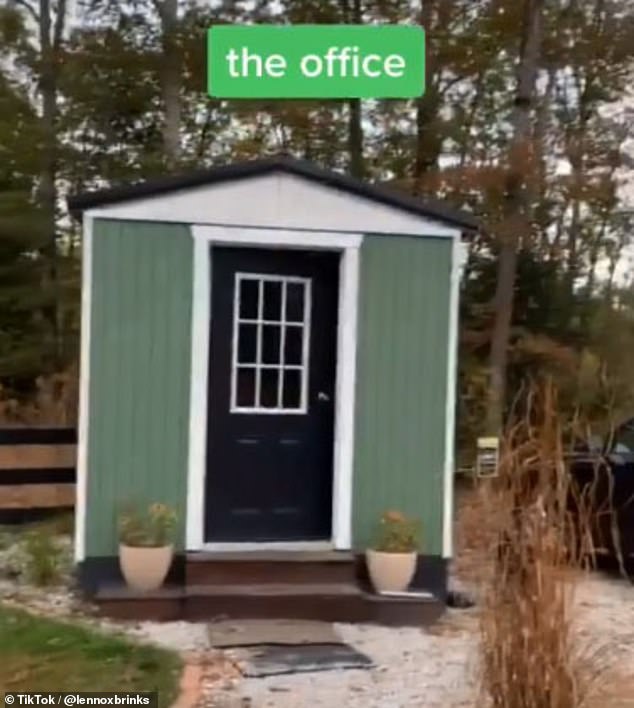 Views: The 18-year-old’s videos about her family’s unique living situation spread out over seven buildings receive up to 14 million views each

‘It’s funny because people always think that because I live in “my own house” that I don’t see my family as much, but it’s no different from a regular house.

‘We hang out all the time outside and by the pool,’ she said. ‘I don’t know if more family and friends would ever move over to us. Probably not, although my mom would love that!’

‘Every time anyone comes up to visit, they [immediately] think it’s the coolest thing ever. It’s such an unusual sight but people tend to like it a lot,’ she added. 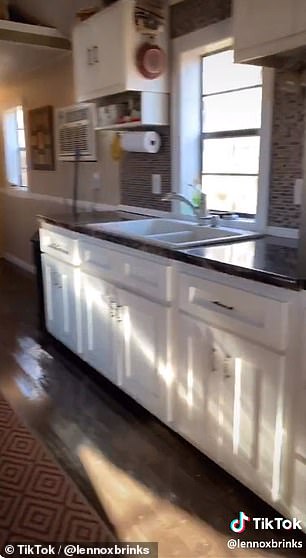 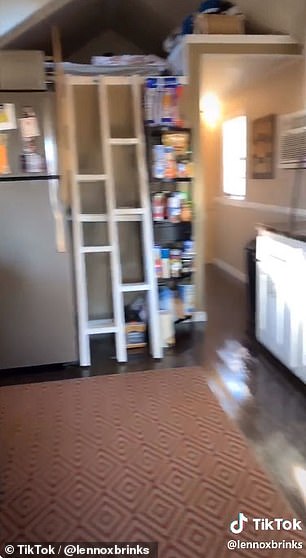 Glimpse: In a recent video viewed 2.2 million times, Lennox showed her 355,000 followers what the inside of her parents’ house looks like, pictured 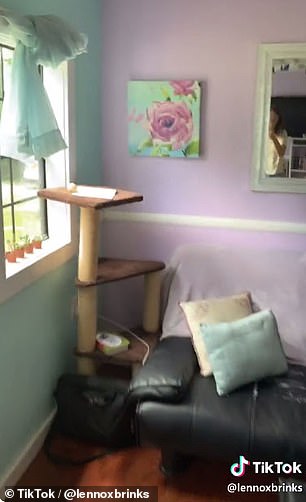 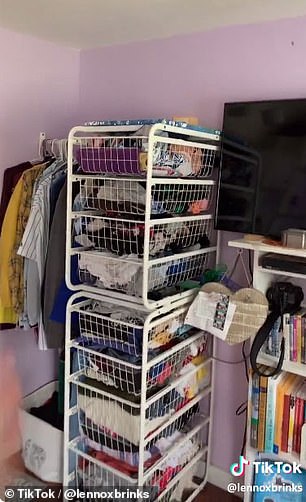 Space: The teen’s own little house, pictured, is decorated in purple and pastel hues and contains enough space for all her belongings 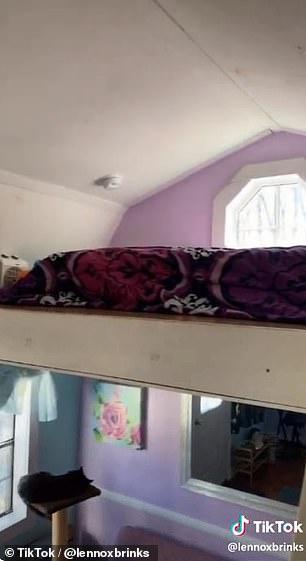 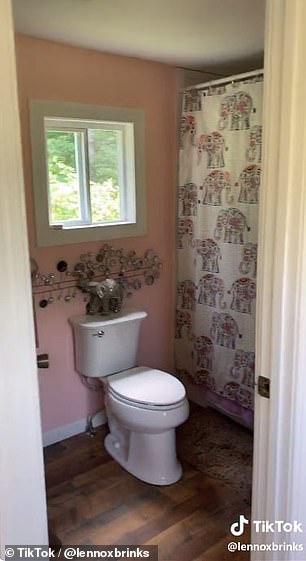 Set up: Lennox’s bed, left, is in a loft giving her extra space in her house but if she has to use the bathroom, right, she must go to a different building 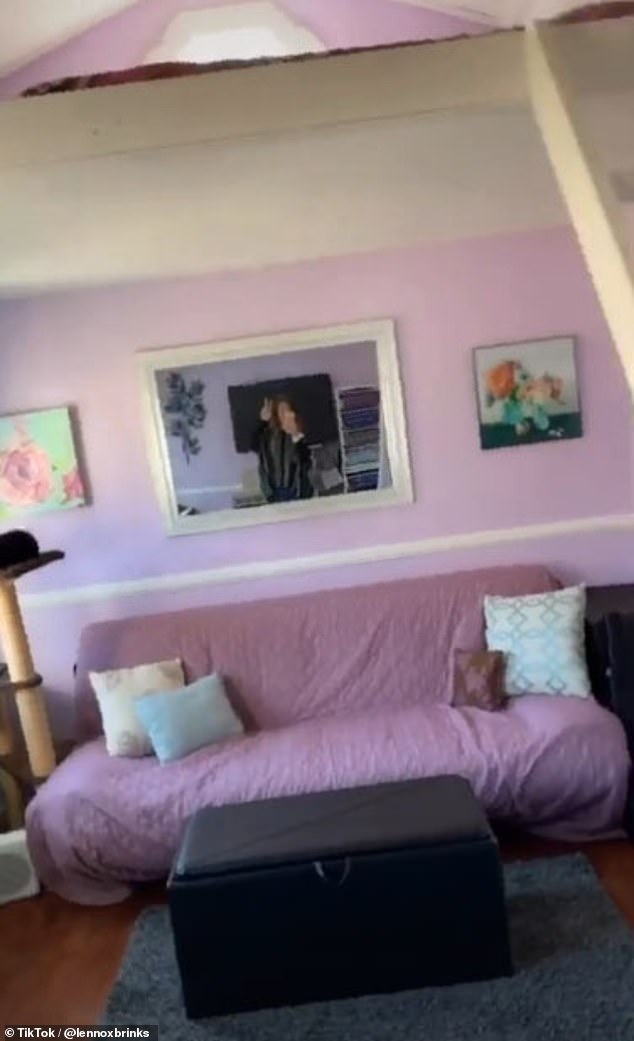 Independent: After four years in her little home, Lennox said she is accustomed to living alone

On TikTok, Lennox’s videos which explain her family’s village can receive up to 14 million views and thousands of comments from curious social media users.

In one recent videos, she joked she was ‘using her village for clout again’ as she explained how she has to leave her house and go to another building to use the bathroom.

One commenter said: ‘This is actually good for getting the kids used to being responsible on their own. I would love it if my parents did this, all that alone time omg.’

‘Please never stop talking about the tiny village, I love it,’ said one person.

‘Me and my friends wanna do something like this when we get out of high school,’ another user added.

What is the ‘tiny house movement’?

The Brinks family are among the growing number of people looking to tiny houses for a more sustainable, debt-free living solution.

The so-called ‘tiny house movement’ is a growing group of people who are happy to downsize the space that they live in and enjoy simplified lives as a result.

Over half of Americans say they would consider living in a home that’s less than 600 square feet, according to a survey by the National Association of Home Builders.

Buyers can be anyone from millennials and newlyweds who want to avoid the 30-year mortgage path to retirees who are downsizing.

This summer, Amazon began selling an array of build-it-yourself tiny homes, including a cozy three bedroom home for $19,000.