A teenage girl has revealed how her first love sexually assaulted her and beat her to a pulp – leaving her with blurred vision in her left eye.

Tal Quinn, 18, of York, was in a controlling relationship with Abudi Salhab, now 25, for six months.

But the 6ft 3in, 21st thug made her life hell and launched a vicious attack on her. 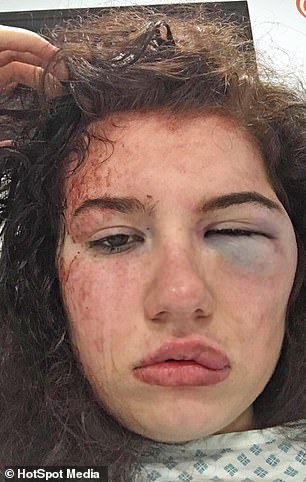 Tal Quinn, pictured, has spoken of the abuse she suffered at the hands of her boyfriend Abudi Salhab, who is now serving more than four years in prison for the attack which left her badly bruised 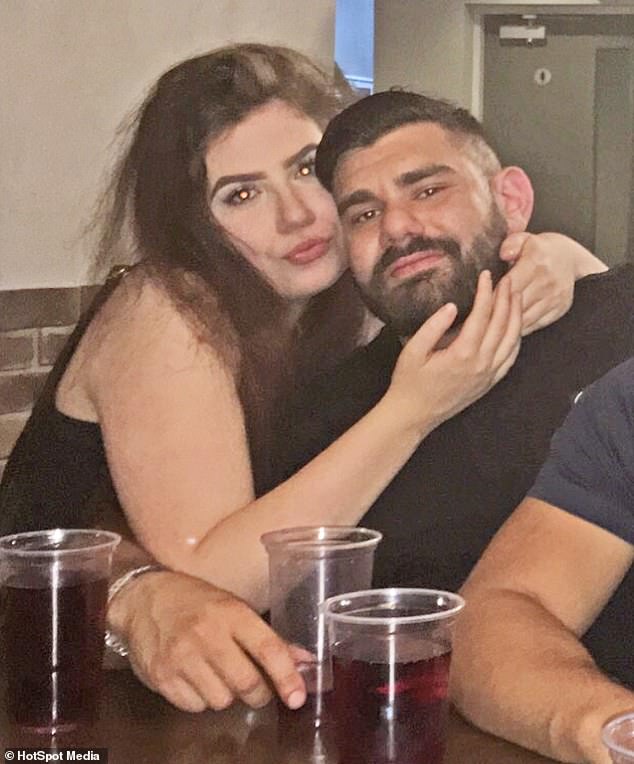 Ms Quinn, pictured with Abdudi Salhab, 24, said her ex-boyfriend was charming and caring until she moved into his flat

Last year, Salhab, a trainee pharmacist, was jailed for more than four years.

Now, Ms Quinn is speaking out to warn other women of the red flags of controlling relationships.

Ms Quinn, who is unemployed, said: ‘I wish I’d realised earlier that my relationship with Abudi was toxic.

‘It took me ages to realise that I shouldn’t have been treated that way. But he was my first boyfriend, so I had no idea.’

She said: ‘He was seven years older than me and a student at the University of Bradford. I thought he was gorgeous. We chatted for months before we went on our first date in April 2018. 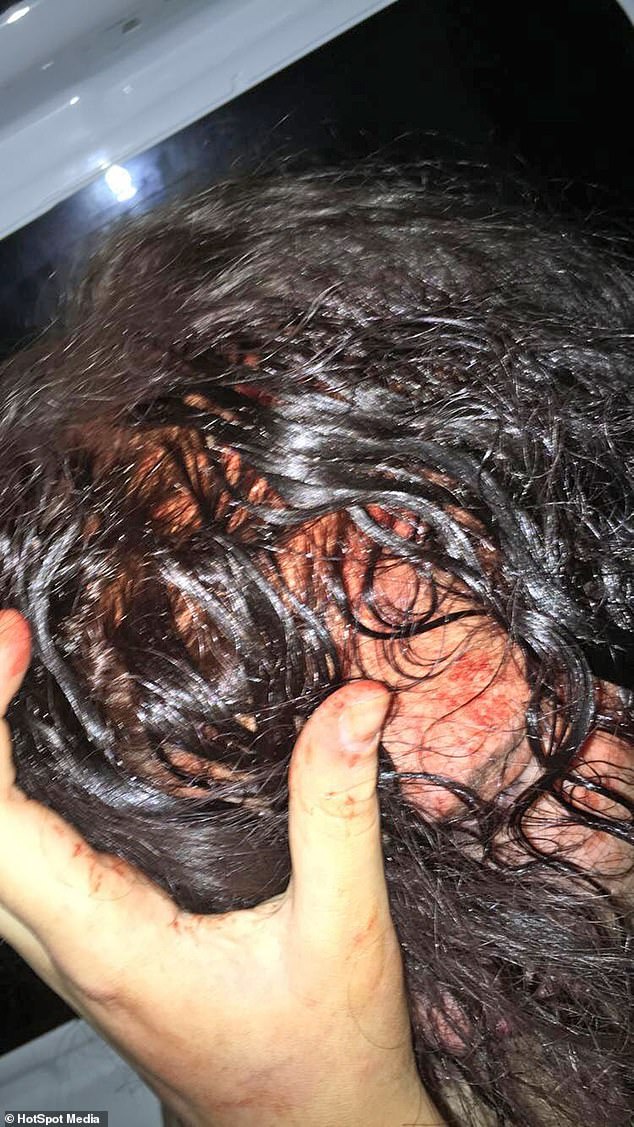 ‘He was really muscly and I was flattered he was interested in me. Soon I fell in love with him and we became a couple.’

A month later, the pair moved into Salhab’s flat.

Soon after, Salhab became controlling, asking Ms Quinn to delete the boys she was friends with from her social media.

She said: ‘He said he was only doing it because he cared. I believed him as I had no reason not to. Sometimes he would take my phone so I couldn’t speak to other people.

‘If I needed to go to my parent’s house, he would drive me and give me a 10-minute deadline to be back at the car.

‘I didn’t even think it was weird behaviour. I just thought he was being over protective.’

Within a few weeks, Salhab stopped Ms Quinn seeing her friends and family – even confiscating her bank card.

Incredibly, he refused to let her wear her glasses in public, so she couldn’t look at other men.

And his abuse against Ms Quinn worsened.

In June 2018, Ms Quinn woke up to find Salhab performing a sex act over her and filming it with his mobile.

Salhab, 24, was in training to be a pharmacist when he met Ms Quinn, who was seven years younger than him 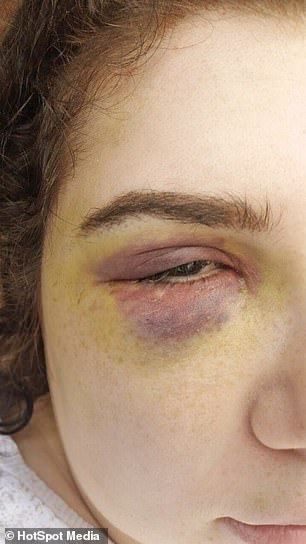 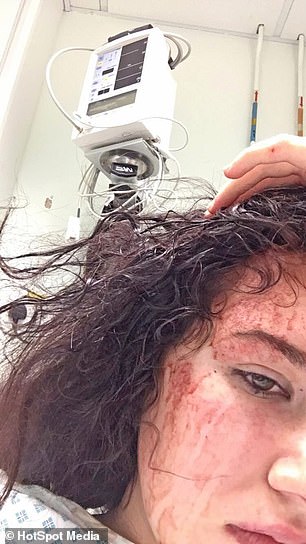 Ms Quinn was attacked in Salhab’s car and luckily members of the public spotted her and contacted the police. She said she was in fear for her life

She said: ‘I was mortified and grabbed a towel. I shouted at him, but he just laughed and said that he was going to sleep.

‘I felt violated, but I didn’t know what to do.

‘I felt like I couldn’t tell anyone what was going on.’

After constant arguing, the couple broke up in September and Ms Quinn moved back in with her parents.

She says: ‘Admittedly I still cared for Abudi. We were both out in town so I agreed to meet up with him.

‘We started walking back to his house, but, out of nowhere, he slapped me so hard across the face, that he knocked my earring out and broke my glasses.

‘Then he forced me into his car, punching me a dozen times in the face.

‘I cowered in the footwell and he pulled out clumps of my hair.

‘He started the car and drove off, while I begged him to let me go.

‘Moments later he stopped the car and yanked my head up, telling me he was going to kill me. I was terrified. 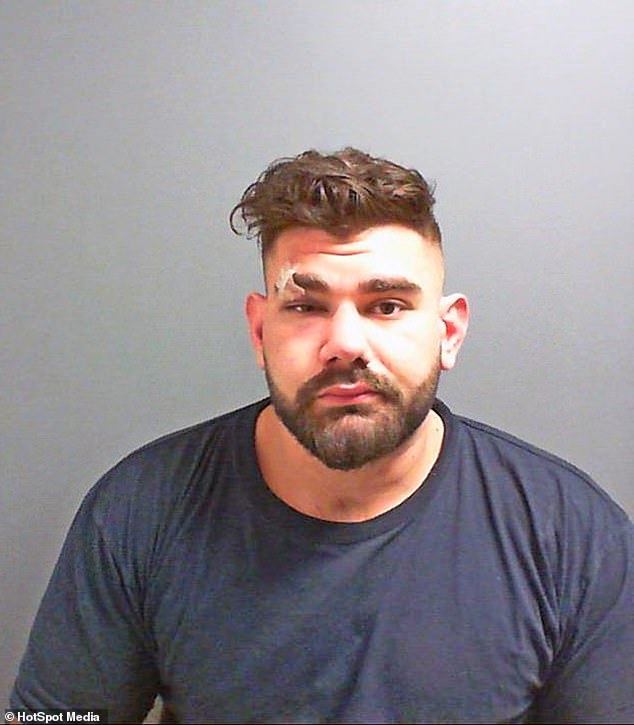 ‘Before he could hit me again, I managed to pull the door open and fell out of the car.’

Thankfully, two strangers had witnessed the attack and came to Ms Quinn aid – calling the police.

Officers arrived and Ms Quinn was taken to York Hospital via ambulance to treat her injuries.

Ms Quinn had been punched so hard that her eye had fused shut, she’d also lost clumps of hair and her face was badly bruised.

Salhab was charged with assault and sexual assault, but he denied the charges.

While she waiting for the trial, Ms Quinn struggled to get over the attack – terrified that Salhab would track her down. 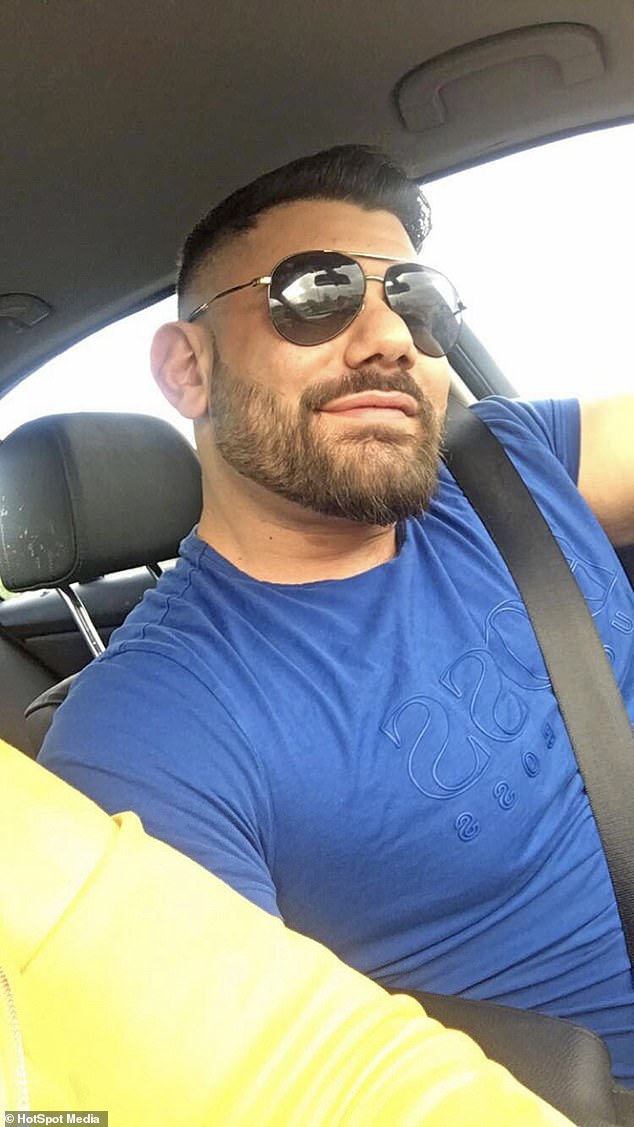 He was jailed for four years and three months.

Ms Quinn added: ‘I’m so relieved he’s locked up, but I’ve been left with permanent damage in my left eye, so I can just see shapes and my vision is blurry.

‘I need a stronger lens in my left eye so I can see properly.

‘I have anxiety and have nightmares about the attack every night.

‘But I’m determined to let everyone know what a monster Abudi is.’