Teenager who killed friend in a horror crash is jailed

A teenager who killed his close friend in a horror crash while high on cocaine and cannabis the first time he drove a car on public roads has been jailed for three years.

Morgan Chalpin, 18, was also speeding at twice the limit on wet roads and had no licence or insurance when he caused the death of 22-year-old Ryan Coney.

A court heard the reckless driver hit 63mph in a 30mph zone before losing control of the Suzuki Swift, hitting a kerb and smashing into a garden wall in Walsall, West Midlands. 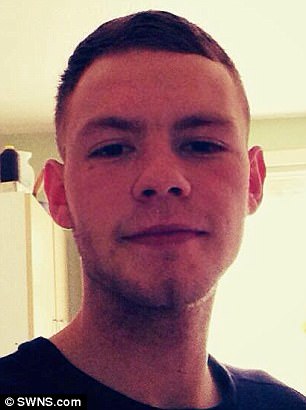 Morgan Chalpin (left), 18, was also speeding at twice the limit on wet roads and had no licence or insurance when he caused the death of 22-year-old Ryan Coney (right) in Walsall, West Midlands on February 11

Promising footballer Coney suffered catastrophic chest injuries and was pronounced dead at the scene on February 11.

Chaplin pleaded guilty to causing death by dangerous driving, being under the influence of drugs, failing to stop after an accident and having no insurance or a licence.

On Monday he was jailed for three years four months and banned from driving for six years and eight months at Wolverhampton Crown Court.

Sentencing, Judge James Burbidge QC said: ‘You had never had a driving lesson, were unfit through drugs and going at excessive speed after being told to slow down for the bend.’

The court heard Chaplin – who was aged 17 at the time – lost control after ignoring a warning to slow down from is three passengers.

Sharonjit Bahia, prosecuting, said the Suzuki – which had no rear seats – careered on to the opposite side of the road before it crashed. 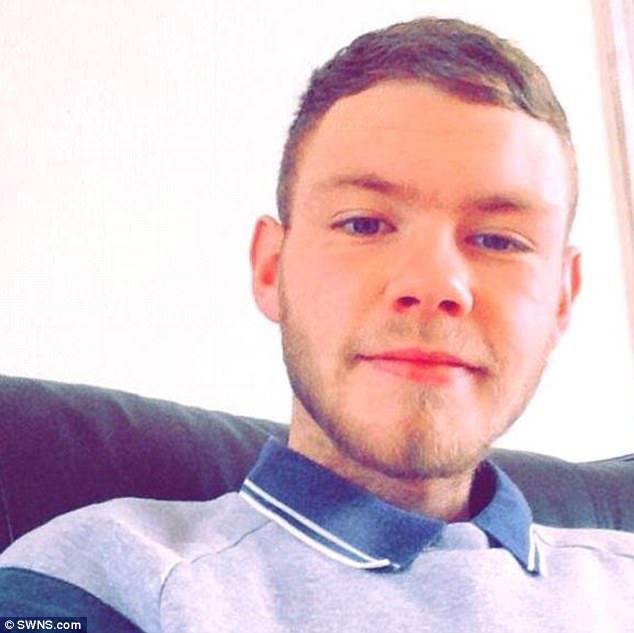 Chaplin pleaded guilty to causing death by dangerous driving, being under the influence of drugs, failing to stop after an accident and having no insurance or a licence. The crash killed his close friend, Ryan Coney (pictured)

Chaplin, of Bloxwich, West Midlands, defied a broken ankle to leave his fatally injured friend in the wreckage and flee to a pub half a mile away where he raised the alarm.

Miss Bahia added: ‘He had never driven on a road before.’

The defendant had neither insurance nor a relevant driving licence. Tests revealed he had been smoking cannabis and had taken cocaine before the crash.

The four friends had been to ‘chill out’ at Chasewater Reservoir but Chaplin was spooked by a car that followed them on the journey home, flashing its lights.

Coney’s mother Viv, 51, said: ‘We will never get over losing our beloved son, brother and uncle Ryan. He was the light of all our lives. Ryan was such a loving son.

‘I wouldn’t wish the hurt I feel on anyone, the pain is unbearable. His brothers and sister are also struggling to come to terms with losing their baby brother.

‘He will never get to meet his sister’s baby daughter who was born a few weeks after Ryan’s death.

‘Our lives have been truly shattered. The day my Ryan died a part of me died.

‘Ryan was a hard working young man and a talented footballer. He had his whole life ahead of him.’